It seems odd that I introduced Betty before the most important member of the family.

She’s part German Shepherd and part Chocolate Lab. Here’s the photo that accompanied the classified ad online. She’s the one on the left, with her brother sitting next to her. They were the last two puppies left from a litter of 7.

It’s a good thing the woman didn’t bring Cholula’s brother along when when we were introduced. I think it’s a safe bet that if she had, I’d be chasing a second trouble-maker named Tapatio around the house and single-handedly supporting Petco via squeaky toy sales.

I just want to meet her, I had said. But John says that as soon as he saw this little nugget in my arms, he knew we were dog-owners. Fair enough, but be honest- could YOU walk away from THIS? 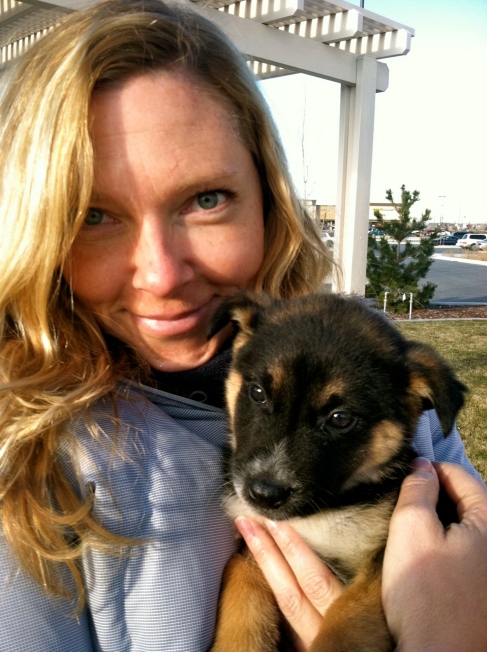 (Don’t let him fool you. He was a goner from the first lick.)

We never got to meet her parents, or even see pictures of them. We had no idea what she would look like. We have no clue how big she’ll get. We place bets on how much she’ll weigh at each vet appointment, and always under-estimate. We continue to watch in awe (and maybe a little bit of apprehension) as the numbers on the scale increase with each weigh-in. Such a good big girl! 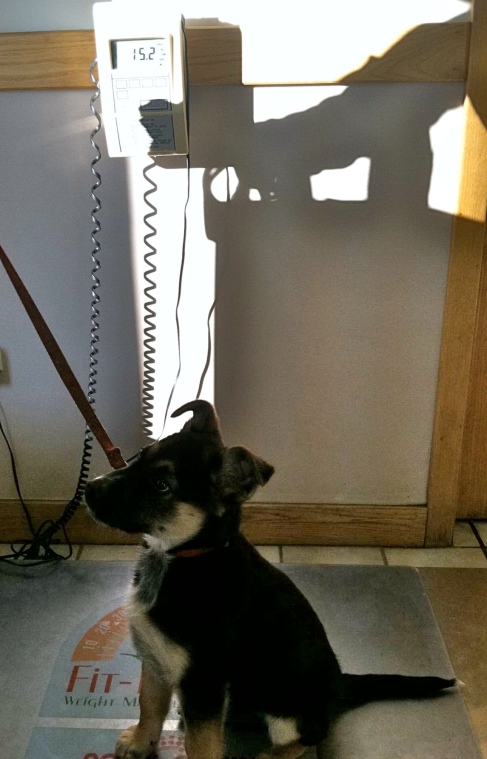 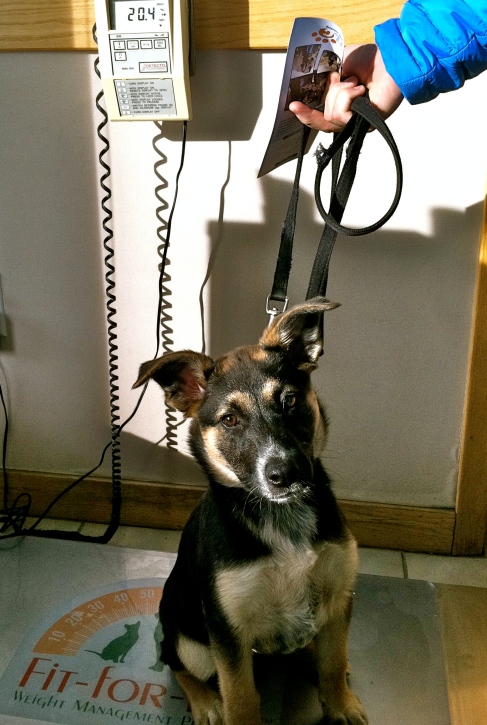 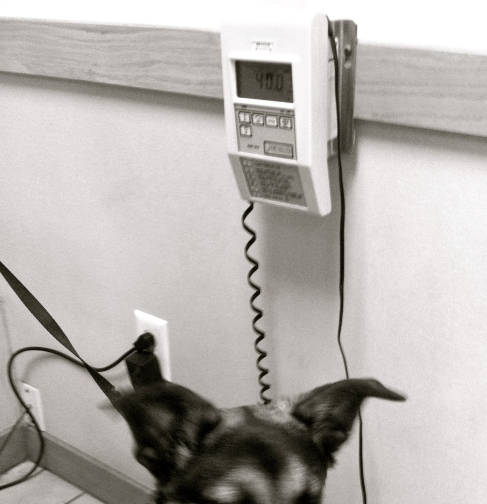 There is also the Cholula vs. Cholula method.

Below, we have examples of the Can She Actually Still Cuddle in Mama’s Arms? method (yes, she can), the Does She Still Fit Inside a Kitchen Tile While She Begs? test (nope), and the ever-popular game of Let’s See if She Can Get Out of the Tub (she can’t…yet).

It’s fun to look back through the photos of her first few days with us. Little Cholula’s kept us on our toes from Day One, and there seems to be no end to her energy. We lucked out with this little beast. She makes our days brighter! 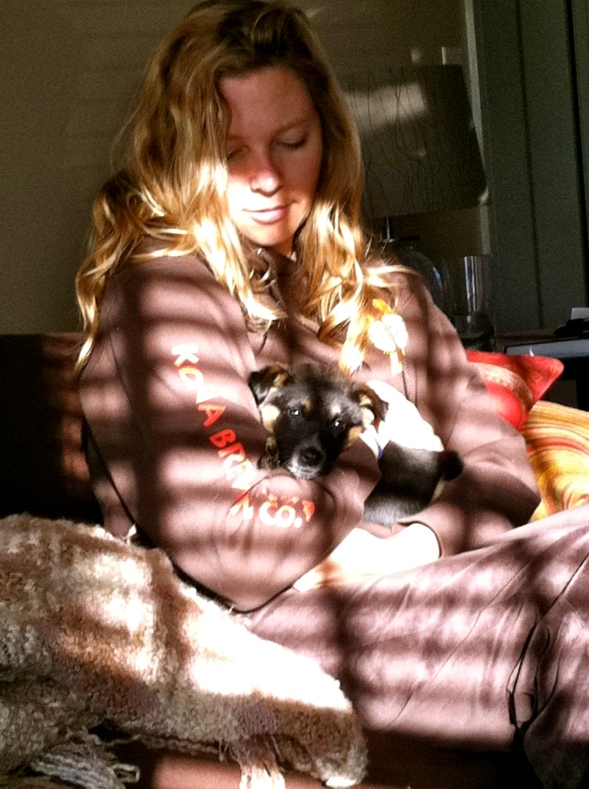 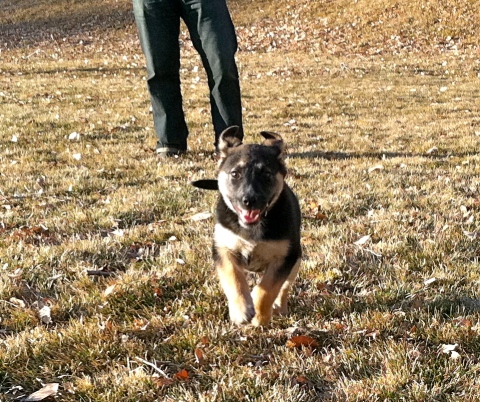