I woke up to the grating song of a backhoe.

We just moved into our Park City house in the middle of February. I can’t believe it’s only been 5 months! The house was built in an incredibly short amount of time (less than a year), and we probably moved in before we should have. Lots of stuff still needed to be done. During the building process and living just down the hill in Salt Lake, we trekked up to Park City often, daydreaming about our new home. 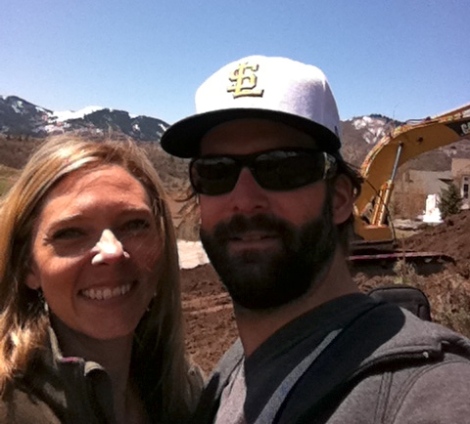 That’s us last May, with a bigger machine breaking ground. 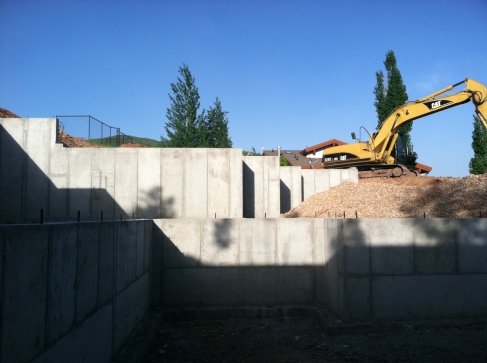 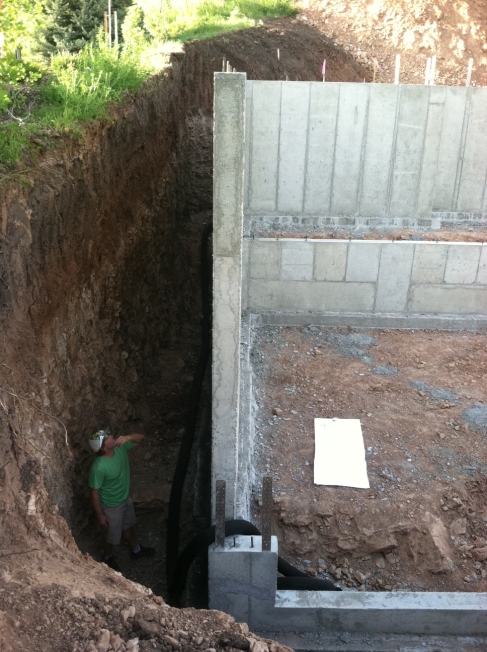 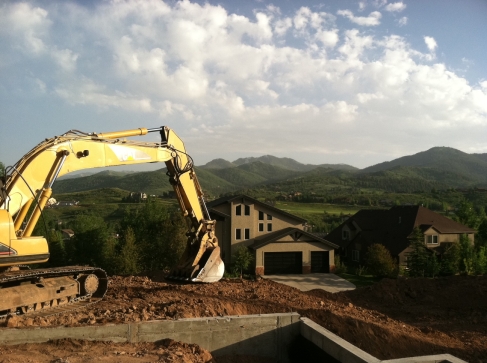 That big old backhoe basically lived at the building site the whole time. He was busy. 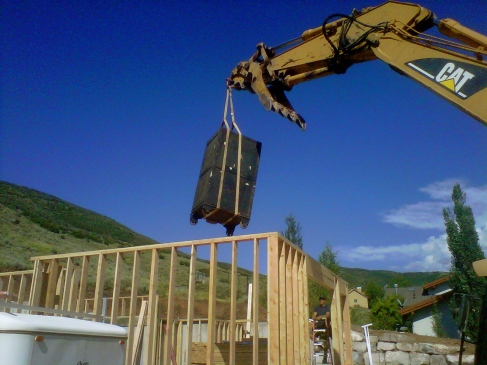 It was so fun to come up every few days and see the incredible progress that had been made. It went from a dirt lot to a foundation, from a skeleton to something that actually resembled a house! It felt like it happened in a flash! 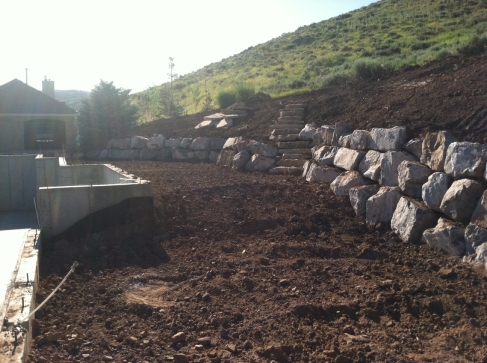 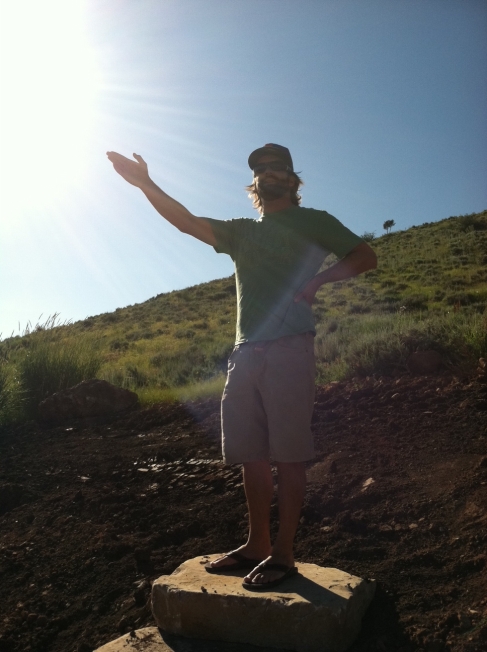 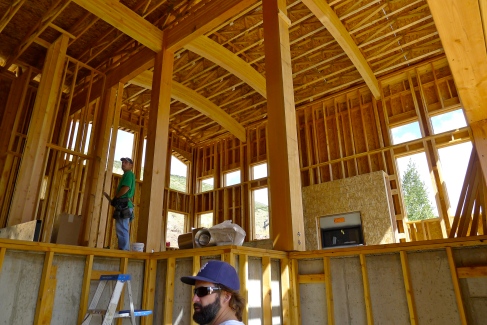 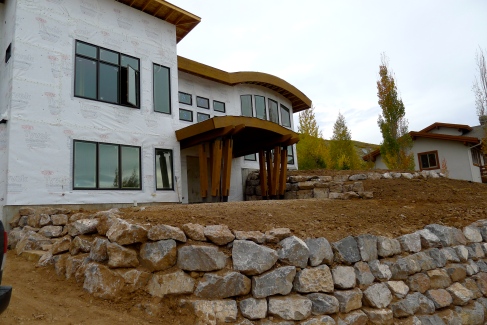 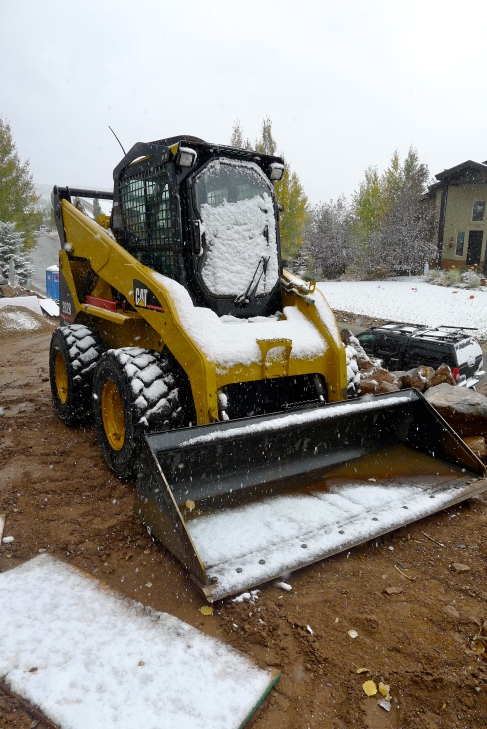 Yes, there’s one of these in my yard today, too.

Even when the outside of the house was solid, the inside is was still a mess. It was just an empty shell, and I learned that the inside where it takes time. From the big stuff to the tiny details, we weren’t even close to done. 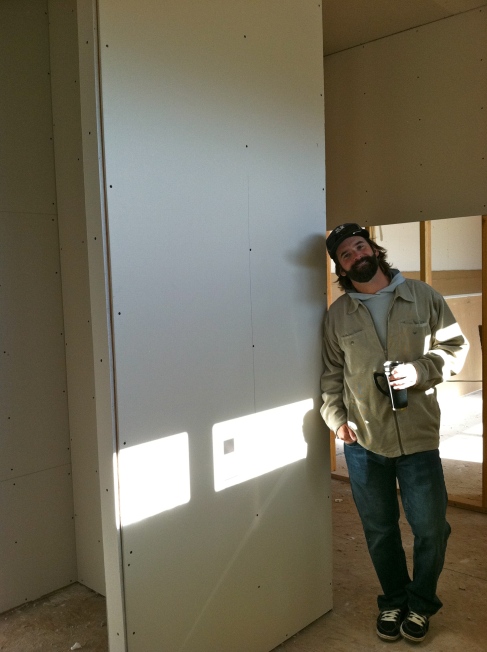 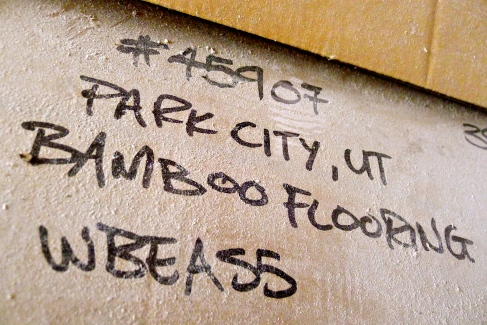 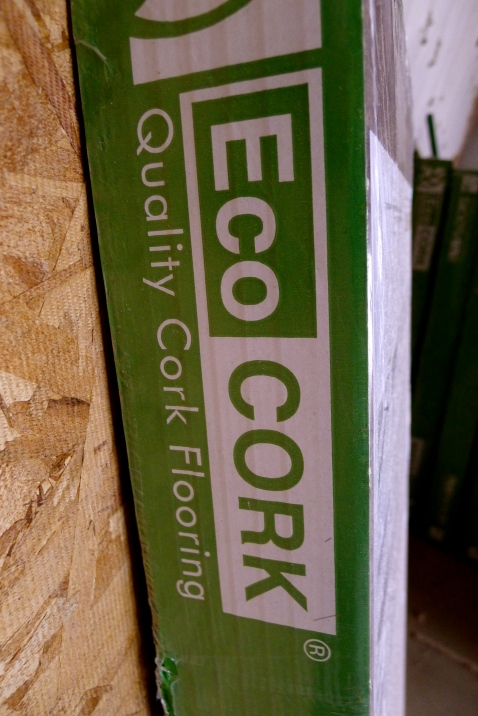 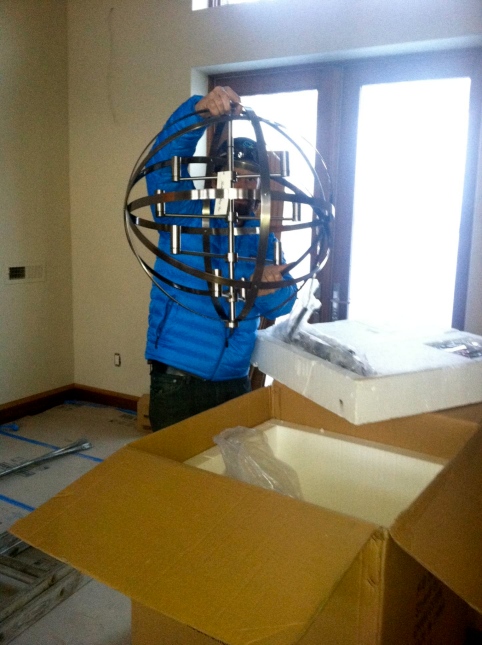 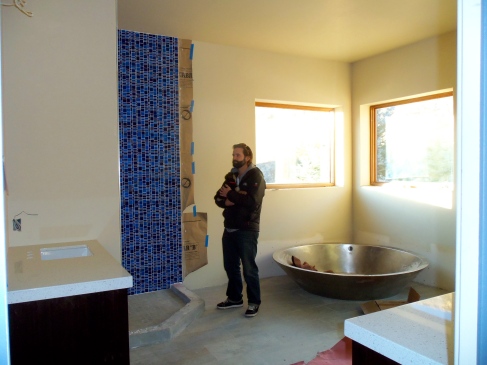 John is holding a teeny tiny Cholula in his arms! 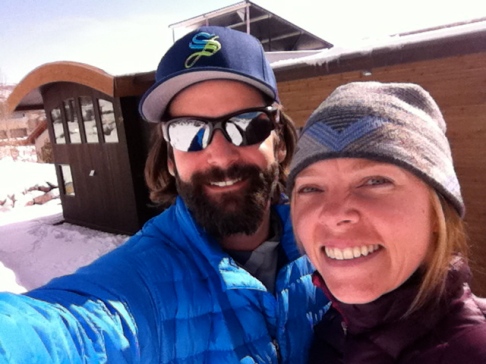 Life keeps moving, and we stayed busy during the building process. We spent the summer in Betty on multiple road trips. We survived a hurricane in the Yucatan. We got a puppy and everything else disappeared for awhile. We enjoyed the holiday season, which also includes John’s birthday AND mine. We got engaged! And then, just after Valentines Day, the day we’d waited for was here. 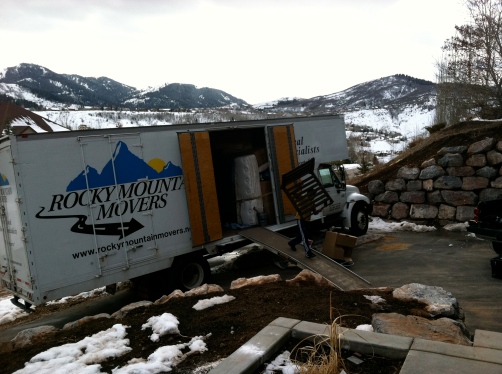 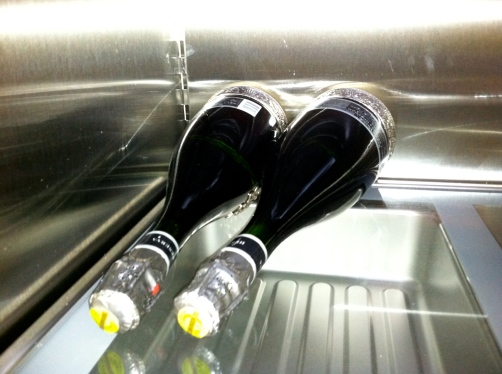 Our first meal in the house deserved my favorite wine.

For a few months, there was always someone coming in and out… touching up paint here, finishing trim there. MONTHS. Adjusting lighting, installing mirrors, scaffolding in the kitchen. Siding and concrete going up outside the bedroom windows. Literally, someone was always here. And people who work in the building industry start far earlier than I do, so there were many mornings when I awoke to multiple voices in the house. We looked forward to when our home could be all ours. 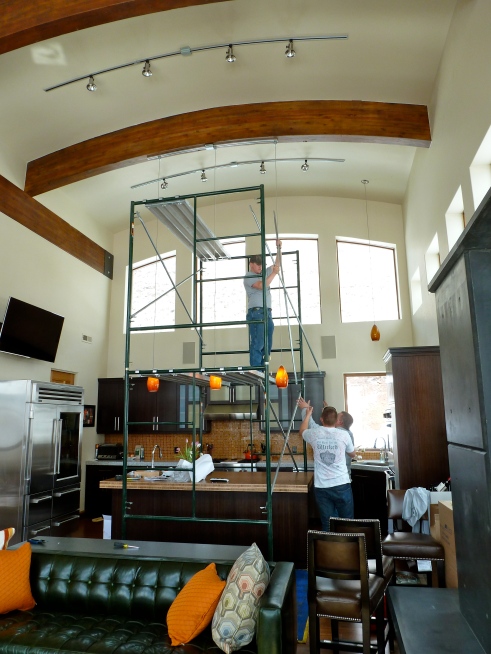 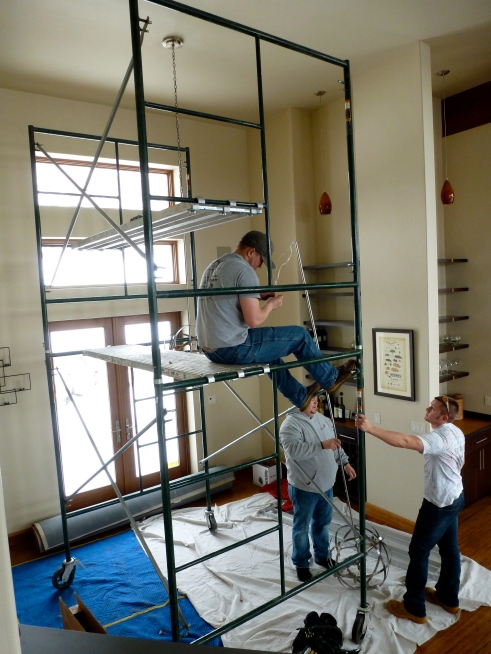 I’m starting to have deja vu.

The very last part of completing our home has commenced! We are finally getting landscaping. After much of the summer in a dirt lot (polka-dotted with lovely weeds here and there), we’ll soon have grasses, flowers, shrubs…and a lot of trees. (I love trees.) It’s a big job that will include a fire pit hang-out zone, a vegetable and herb garden area, possibly a greenhouse, and involves moving some a lot of earth and a lot boulders around.

So here we are.

Not surprisingly, Cholula was completely freaked out by the big mechanical monster tearing down the squirrel condos this morning. It’s insane to see things changing so quickly in the yard. We’ve been poring over plans on paper for months now, but I’m not good at envisioning the finished product. I have to see it. And it’s happening. 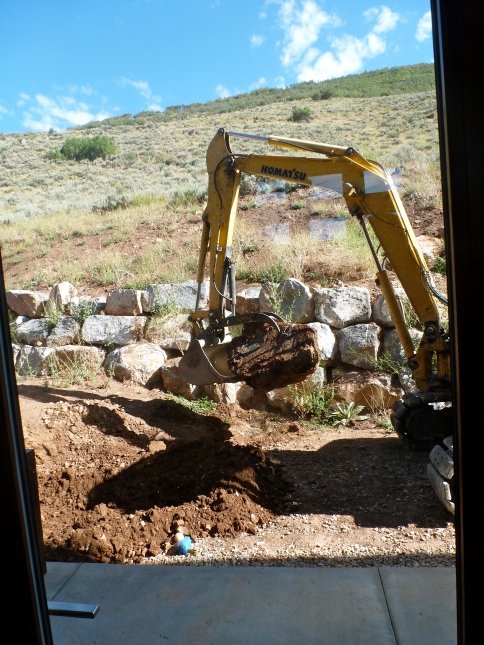 Because you know I’ll have plenty of photos to share.