Last week, this photo made me laugh.

Look at her form! Her commitment! This display of nap-manship is not rare, nor is it new behavior. When Cholula was a teeny puppy, she quickly discovered the power nap. Like all puppies, she had two speeds: full throttle and STOP. She played hard and wore herself out quickly. I remember praying that she would fall asleep so I could have a break from Puppy Town mayhem, then tiptoeing around and hissing at John, “Shhh! Don’t wake up the baby!” She would literally be mid-play and she would pass out…sometimes in the funniest positions. She slept anywhere and everywhere, with no regard for position or propriety. 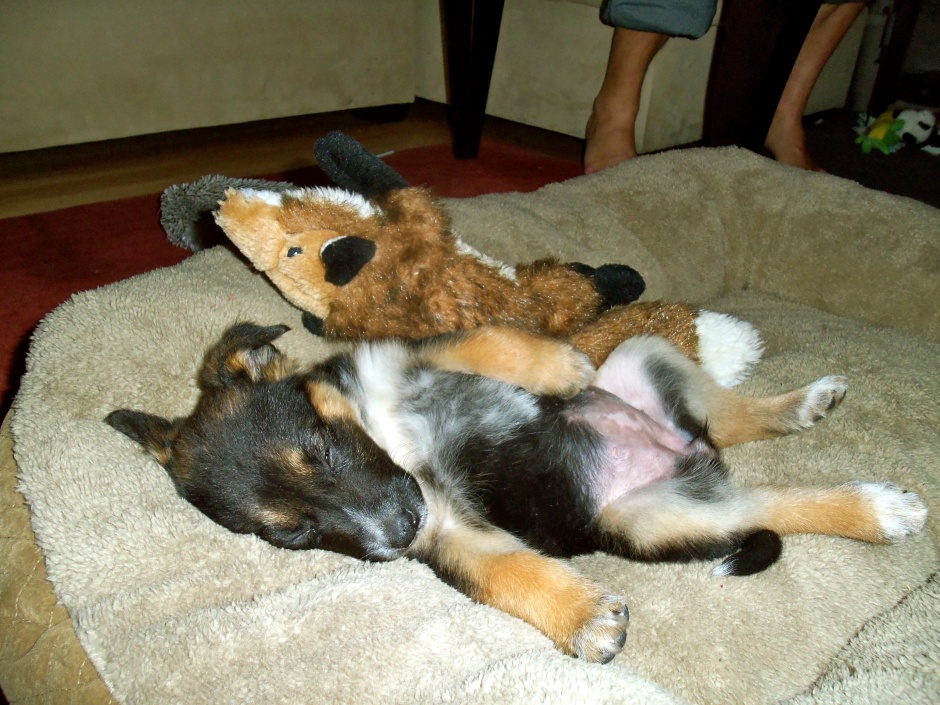 She napped like it was an Olympic sport. Obviously, my favorite was when she napped on me. 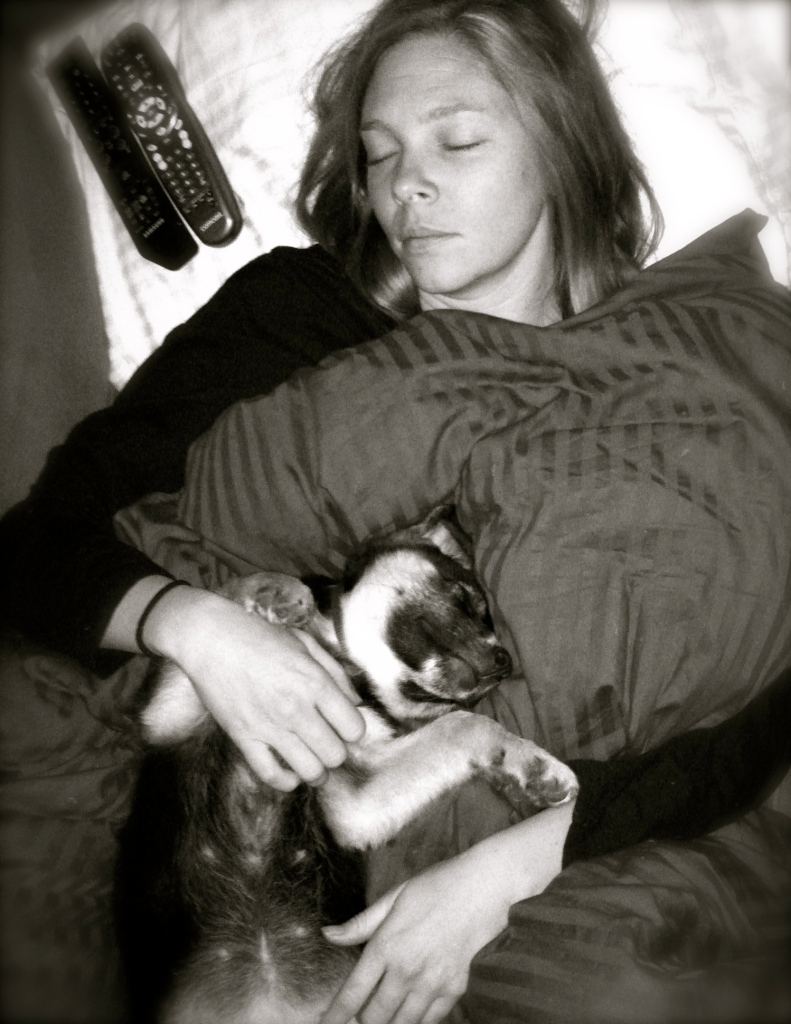 That was over three years ago, but Cholula is still competing for the napping gold medal. I love entering a room and finding her completely passed out in the same committed positions she perfected as a baby. What a life! Just look at my sleeping giant over the couple of months.

When I catch her in a blissed-out dream state, paws twitching or the occasional unconscious tail wag, I can’t help but feel thankful that she’s clearly enjoying a happy life. Spoiled? Probably. She deserves it.

And my favorite is still when she naps on me. 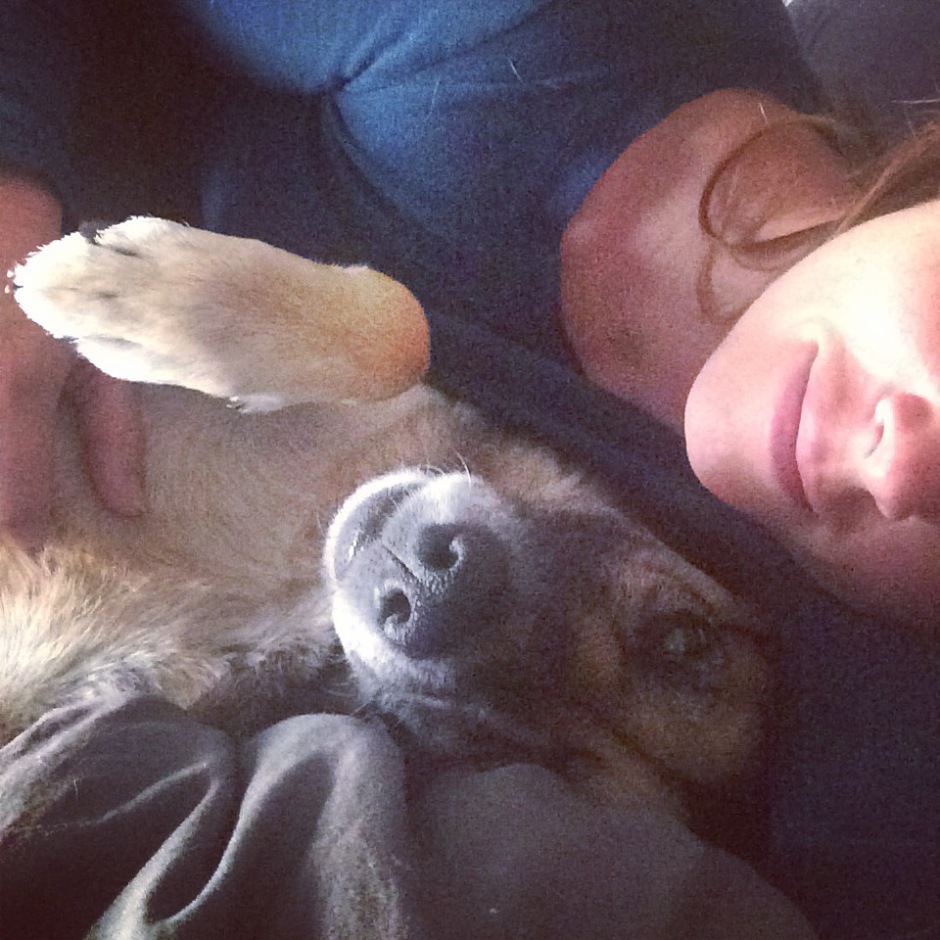