I’ll start with the most important fact: I shot skeet better than my hunter husband.

Now that I’ve gotten THAT out of the way…

A year ago, John and I spent Thanksgiving week with his brother’s family on a plantation in South Carolina called Big Survey. It was spectacular weather, and the setting is gorgeous and peaceful. They hunt quail at Big Survey, complete with bird dogs, and that made for some delicious eating, not to mention an experience I hadn’t had before. They also have a skeet course, which is accessed by four-wheelers. It was a blast!

I wasn’t sure what expectations to have when we arrived, but they were definitely exceeded. From the moment we turned into the drive, this place was out of a storybook. The grounds are vast, filled with some kind of glorious Southern tree I don’t know about, with lakes and pastures and horse stables and trails. 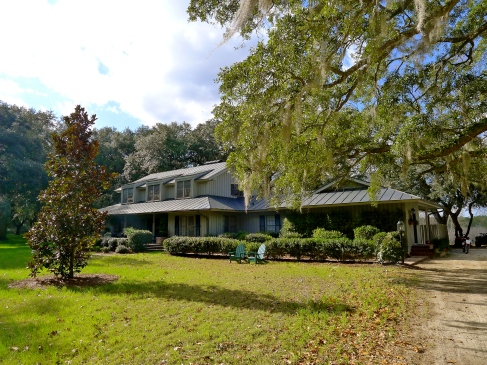 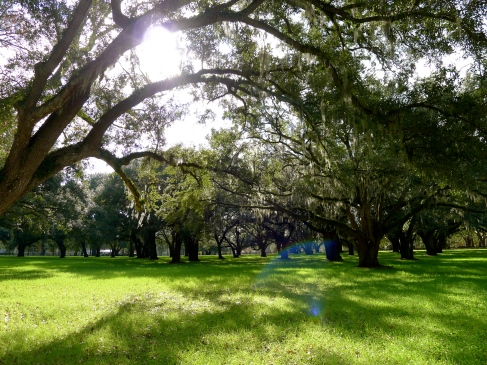 John’s a bird hunter. In fall, he’ll head out into the west desert here in Utah and come home with chukar, which he makes into all sorts of deliciousness. I joined him once out on Stansbury Island. It was a long, quiet day of solitude, waiting for the dogs to find the birds. Mostly it involved a lot of walking, taking in the Utah plains. 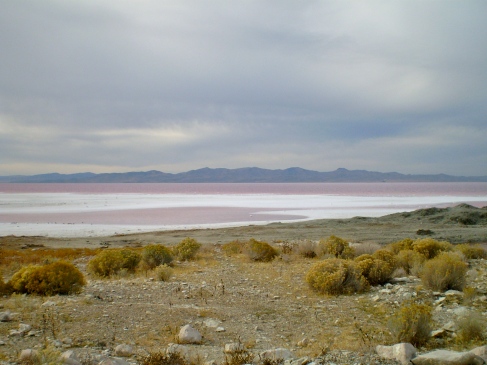 He likes to visit the gun range down the hill for target practice. I grew up learning gun safety and shooting cans, and we always have fun when we shoot. Here I am, last summer in Colorado, losing to the boys.

At Big Survey, it’s not a long, lonely hike when you hunt. We all piled onto the back of a truck fashioned with kennels for the bird dogs and headed out to a section of the plantation reserved for hunting quail. There’s a guide, one of the longtime employees and friends who lives at Big Survey. He takes a couple of hunters out at a time with the dogs, and inevitably, there’s a tasty picnic of quail afterward! 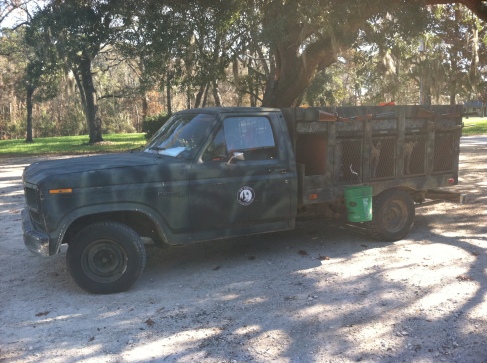 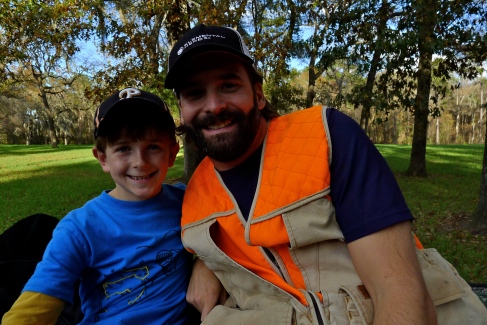 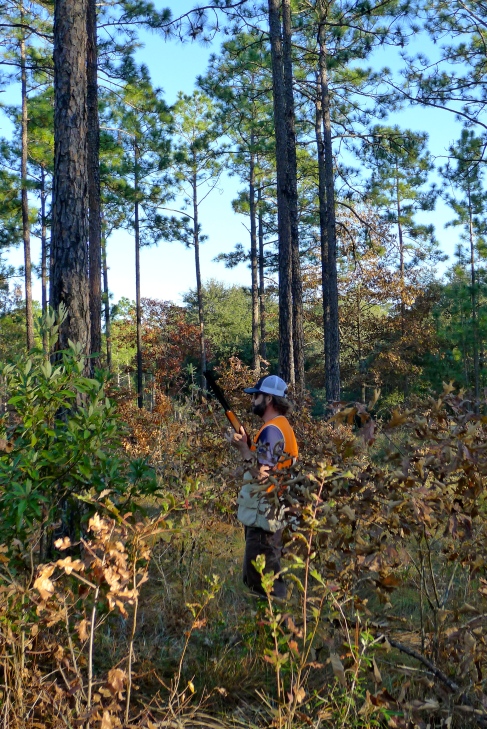 The week was filled with activity and family. The quail hunts, walks on the grounds, happy hour in front of the fire, awesome picnics. I snuck in a trail ride with John’s niece. Seeing the property from horseback was a whole new perspective. 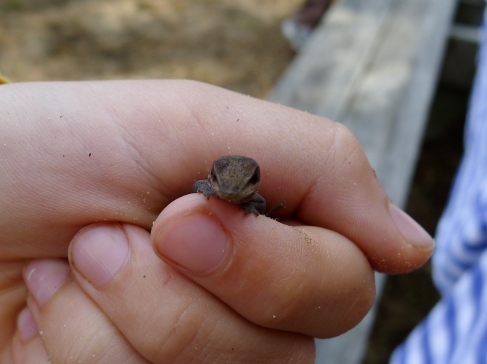 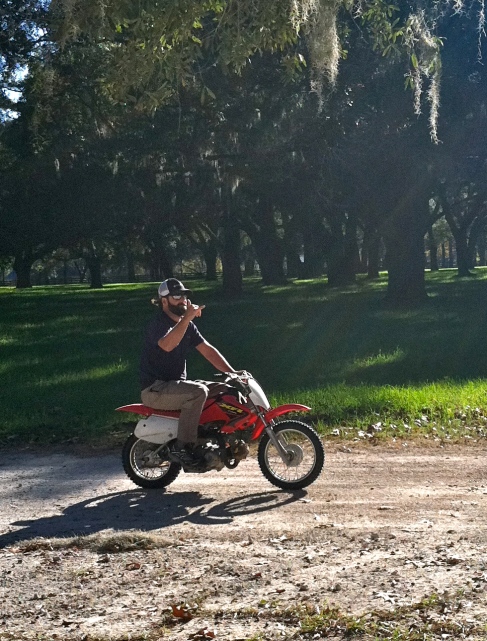 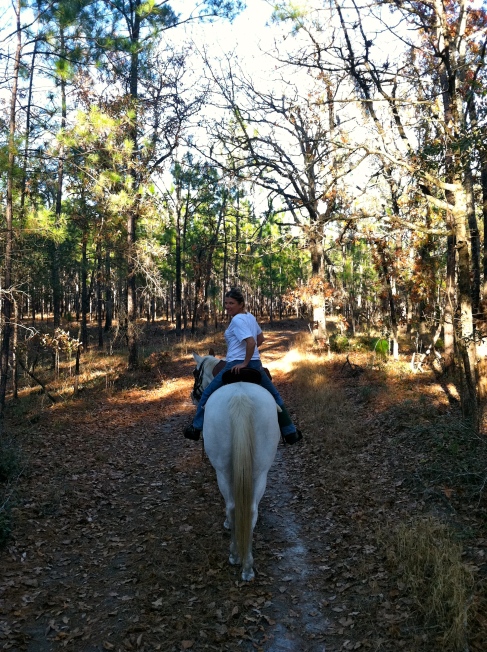 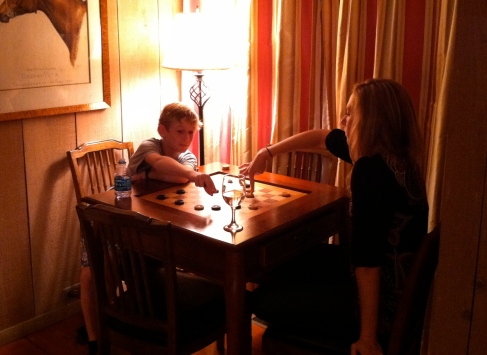 We also rose early one morning to watch one of the resident racehorses sprint the track. I’d never seen a true racehorse run in person. It was exhilarating. Majestic beasts! 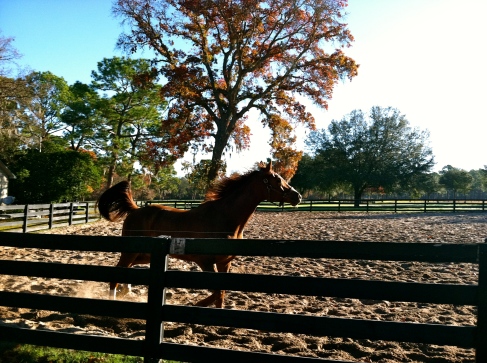 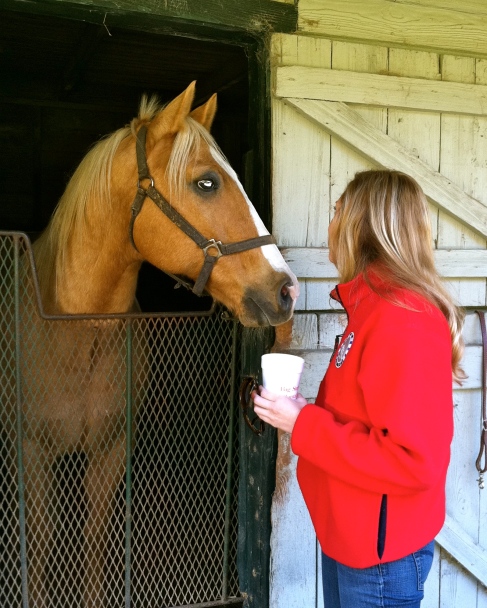 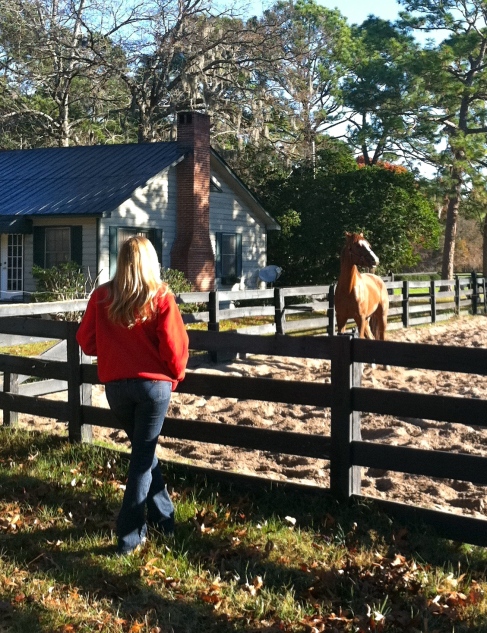 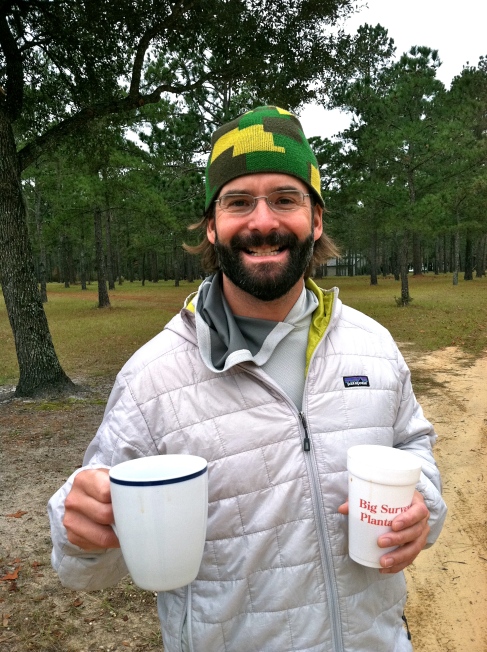 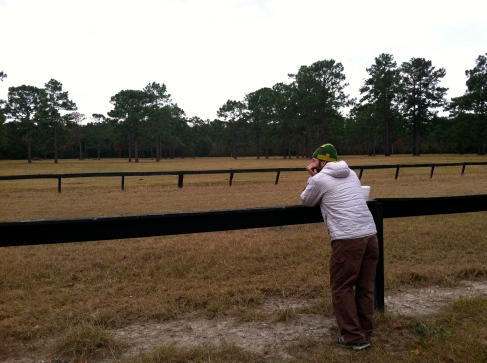 The skeet shooting course consisted of maybe 10 stations, spread out all over the property, with an area designated for the shooter and a specific spot somewhere else for someone to send out the skeet. Some stations were over water, some through the trees, some at close range, some over fields. We rode from station to station on four-wheelers. I had SO much fun and it was a great family activity! 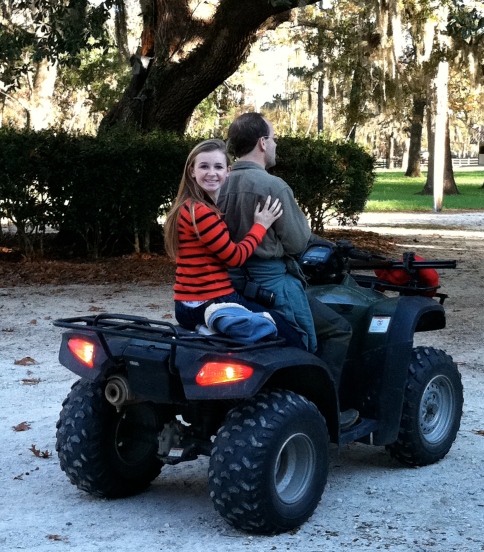 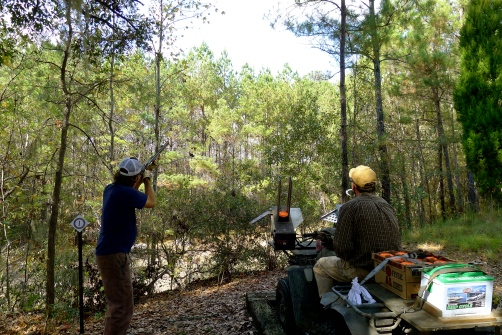 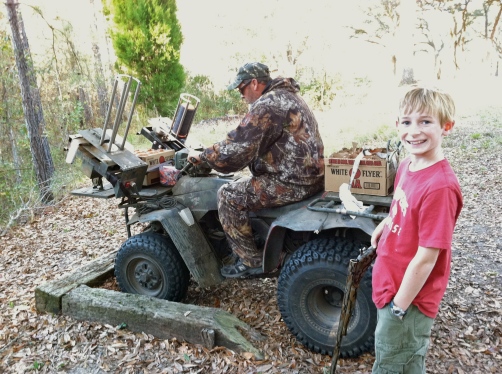 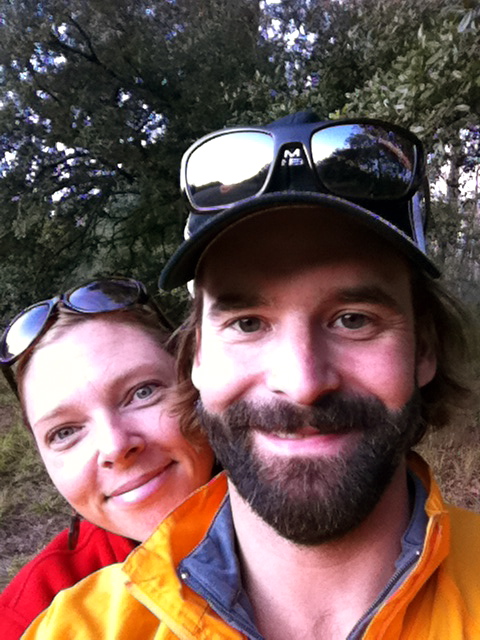 Plus, I shot more skeet than John. Did you catch that part?

And then, of course, there was Thanksgiving dinner. I think there were 11 of us seated around the beautiful dining room table. What a meal! 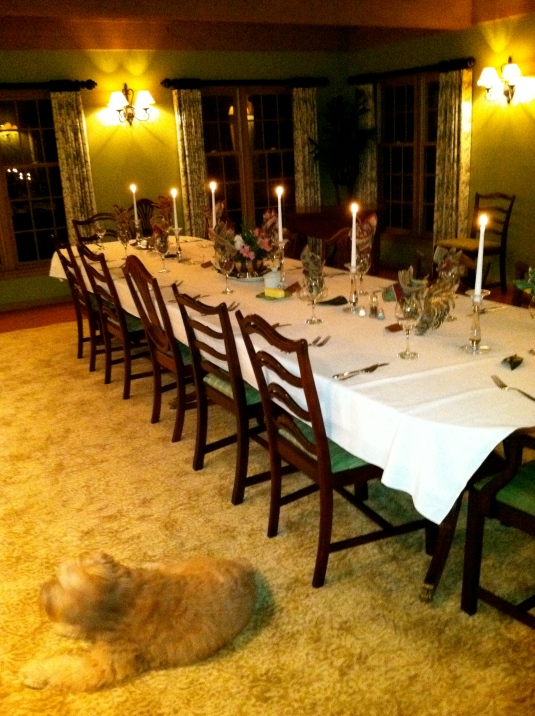 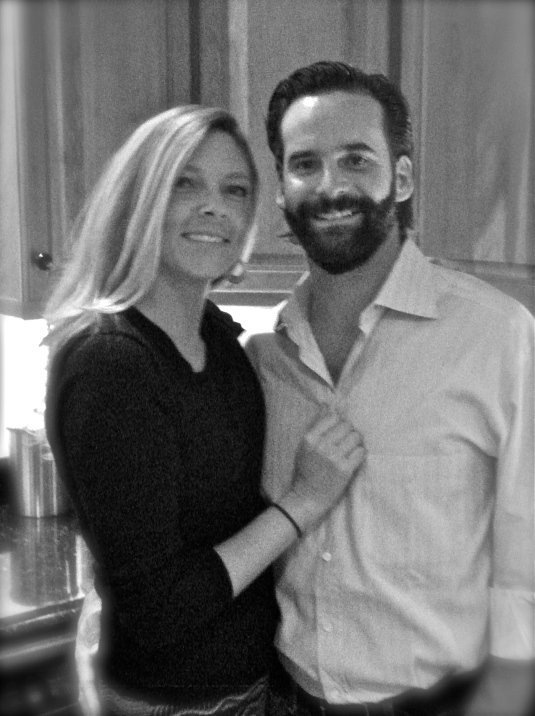 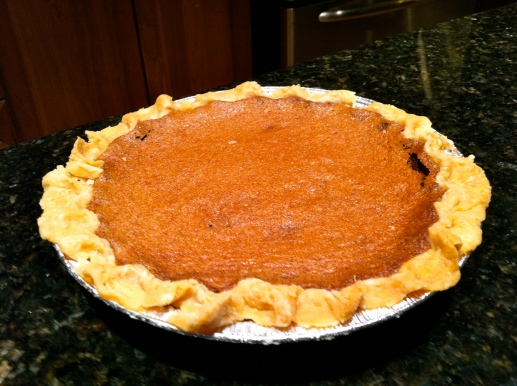 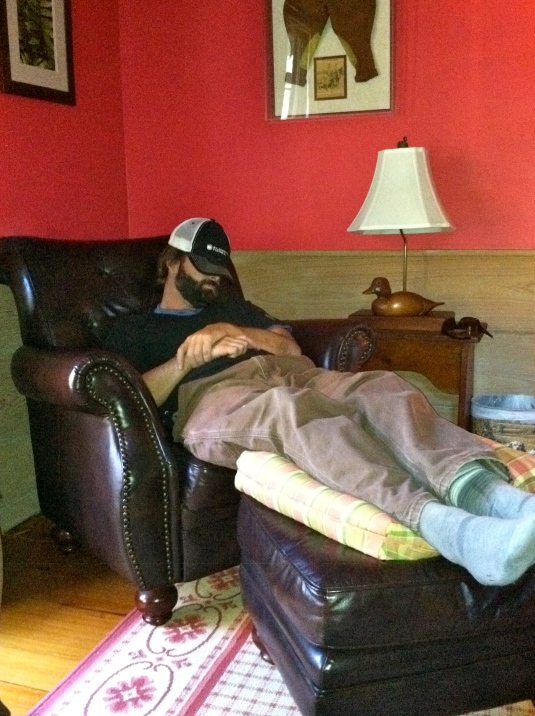 On one of our last mornings at Big Survey, we all sat on the patio in the sunshine, soaking in the last bit of family time. I was still just Uncle JB’s girlfriend then- though he’d meant to propose the previous month in the Yucatan, Hurricane Rina had other ideas. We wouldn’t get engaged for another month or so. I felt so welcomed. And now they are my family! 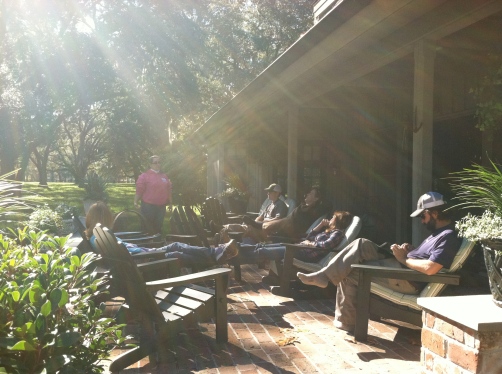 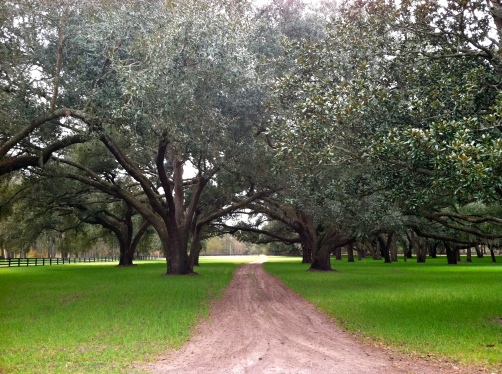 The one bummer? Traveling that far for Turkey Day meant no leftovers in the fridge when we got home. So John and I cooked up a full-blown turkey dinner with all the fixings. We called it Turkey Deux. 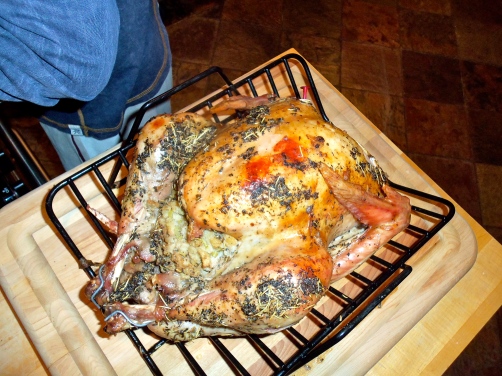 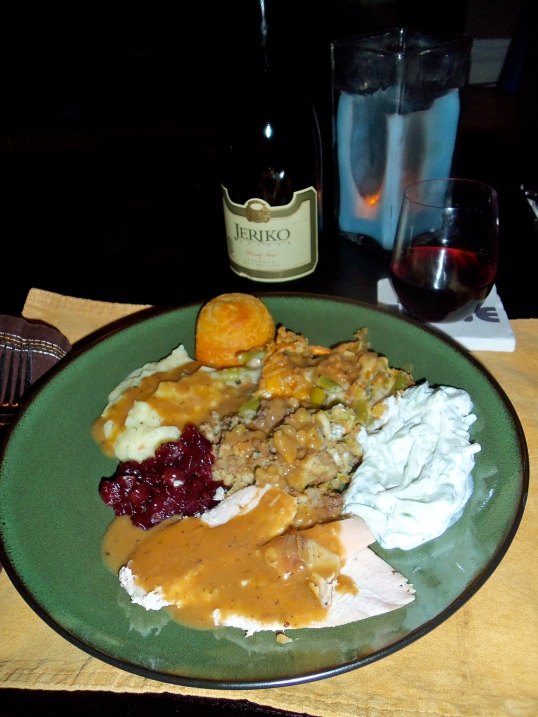 Ok, so maybe shooting better than John wasn’t the BEST part of the week. I got to enjoy TWO Thanksgiving dinners! I’m pretty sure that was the night we decided to start looking for a dog. By Christmas, we were neck-deep in Puppy Town. 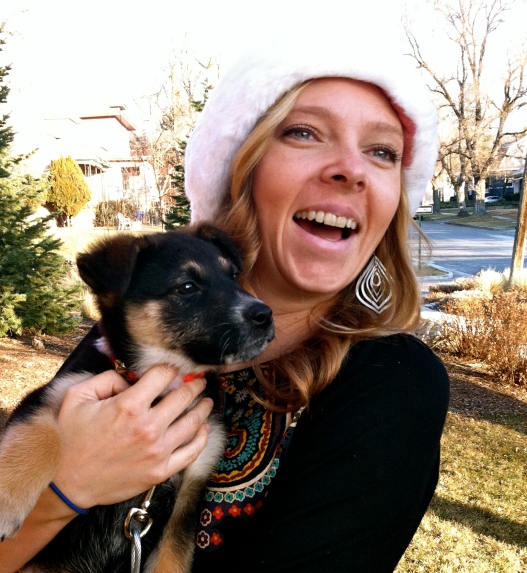 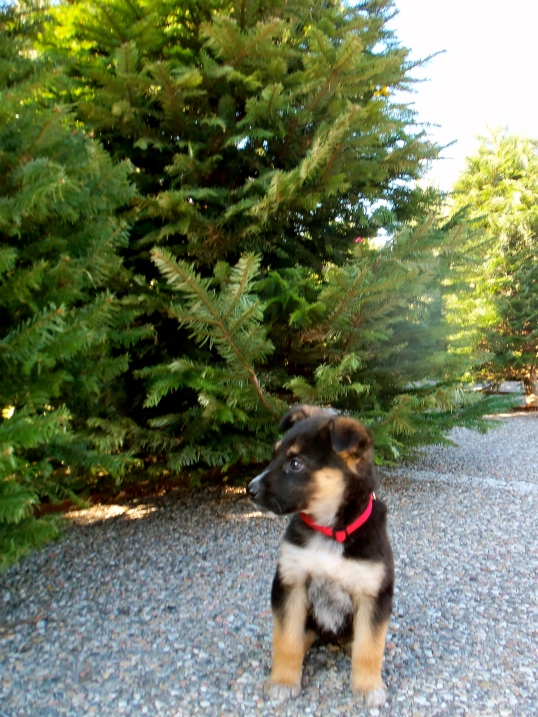 And this year, that “puppy” devoured approximately 16 Pigs in Blankets. And a bowl of Ranch dressing.

Every holiday has a story. And those stories are what make them so magical.

(There’s a whole series of One Year Ago posts- just click on the ONE YEAR AGO category!)