Skip to content
There are just some friends in life that bring you back to yourself. No matter how long it’s been since you’ve seen each other, it’s as if no time has passed. You realize that, actually, normal life has been off somehow, because now it feels back in balance. That’s how it always is when Amanda and I get together, and this weekend was no exception. 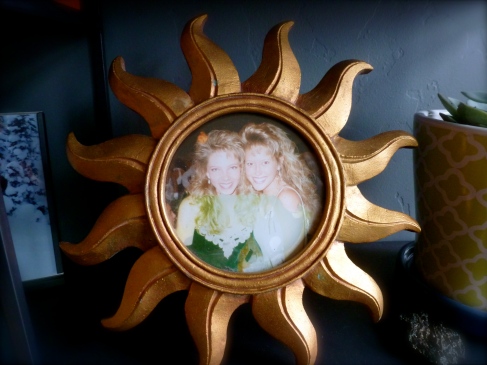 Let me start by saying that while we see each other multiple times each year, she hadn’t been out to Utah since 2002- so we wanted to be sure we had as much FUN as possible! John and I picked Amanda up Thursday evening, and we kicked things off right away with cocktails dinner at one of our favorite restaurants- the Wild Grape. Our friend was the bartender, and dinner was delish. 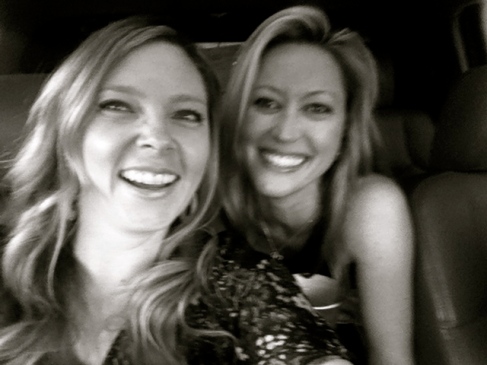 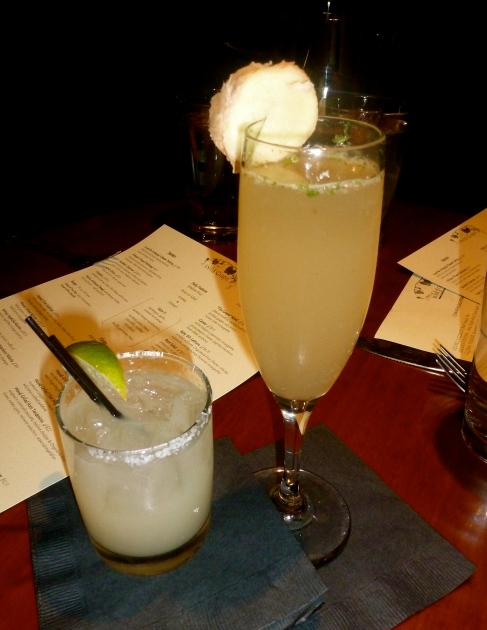 After dinner, we paid a visit to The Wok for the required photo shoot. 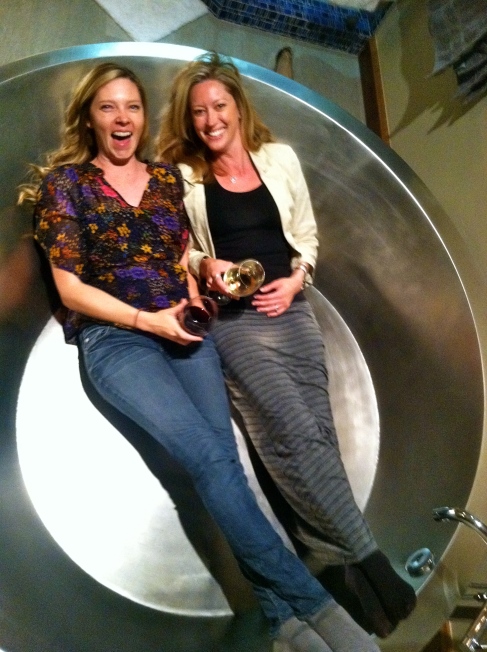 On Friday, we slept late (something Amanda rarely does, with two young daughters), enjoyed coffee, then met another friend for lunch in Salt Lake. Afterward, we went to visit my lovely wedding dress and tried it on with my new sparkly shoes so my Maid of Honor could see it in person. After wedding-prompted squealing and hugs, we headed back up to Park City to spend the afternoon in the kitchen. Amanda had finally agreed to allow me to watch (and even help!) her make her family’s legendary meat sauce. The recipe is a closely guarded secret, and unfortunately, I was having so much fun sipping wine and cooking with my best friend that I didn’t take notes! (Good thing I have two quarts of it in the freezer to enjoy!) 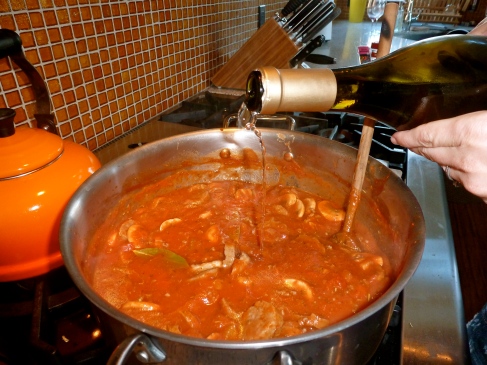 While the sauce simmered away, we relaxed with magazines and chatted, like old times. Decadence! John was busy prepping for a heli-ski trip to Alaska, but we found time to cheer on the Flyers. After a scrumptious dinner, we said goodbye to John at the airport (sniff). I’m glad their time overlapped- my two favorite people. 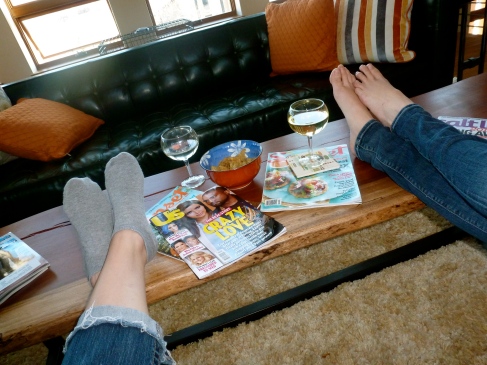 Saturday began with a short but sweet hike behind the house with Cholula. Despite Utah’s unpredictable springtime weather, my sunshine wishes were granted, making it easy to show off the beauty of Utah’s mountains. It’s hard not to feel lucky to live here when you see it from this perspective. 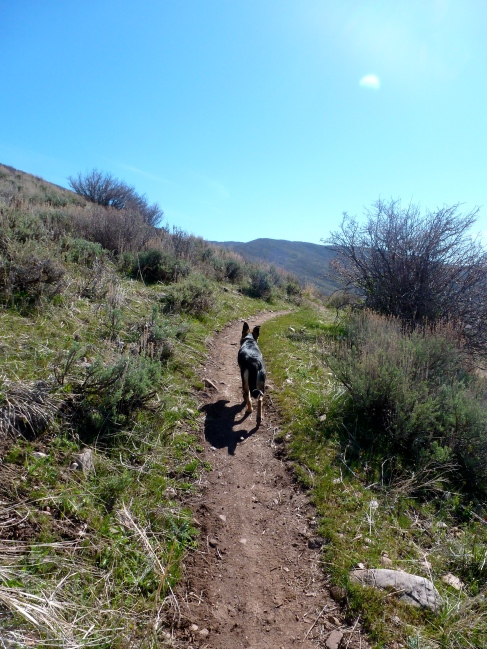 My belated birthday gift to Amanda was a day of indulgence at the spa at Stein Eriksen Lodge. I had never been there, but selected it based on reputation. The whole experience was the best 3 hours in recent memory! We were whisked to the spa in a ‘stretch’ golf cart. We arrived early, as recommended by the staff, to enjoy the facility and have lunch. The spa itself is lovely, and we lounged in the sun by the pool before lunch was served in a sunny room called the Atrium. 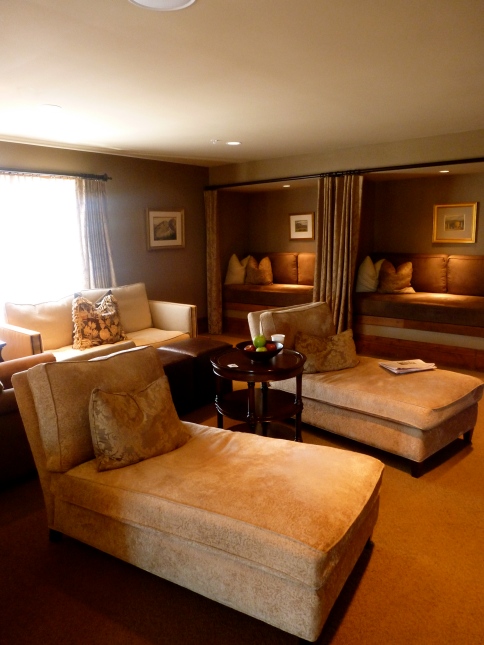 Champagne and wine, flowers on the tray, delectable sandwiches, dining in our robes with a view of the resort- it was quite luxurious and we hadn’t even had our treatments yet! 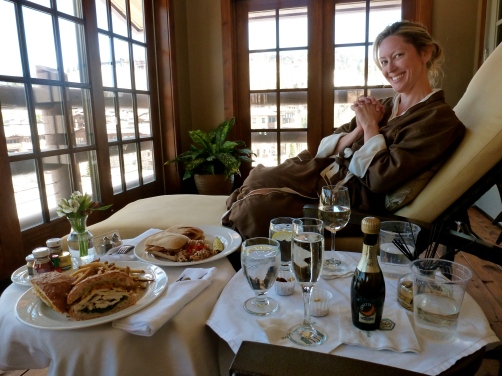 An hour and a half later, we emerged from our respective rooms, glowing and relaxed. The Stein Gold Facial was, hands down, the best facial treatment I’ve experienced. What a special start to the day. We decided to take advantage of the stellar weather and strolled up and down Park City’s Main Street. ending up at High West Distillery for a snack and tasty beverages on the patio. Amanda’s new favorite summer drink: Dead Man’s Boots. 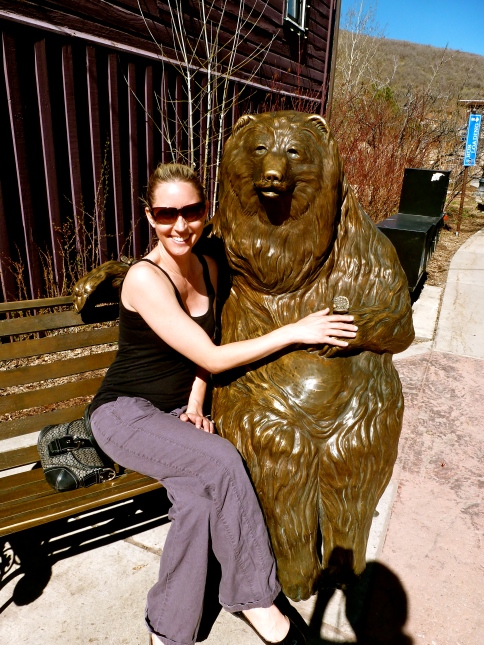 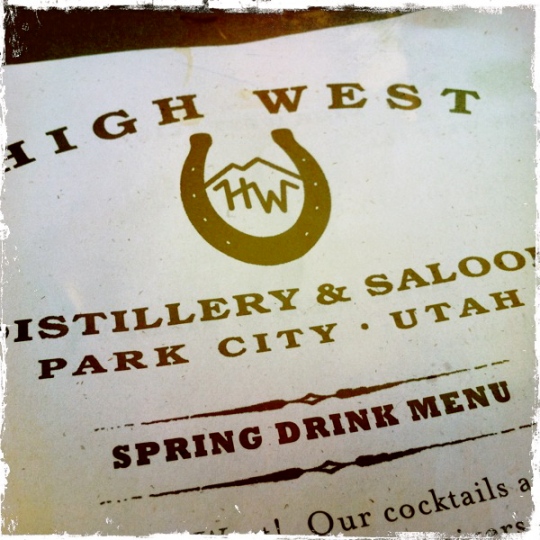 After naps and showers, Birthday Saturday continued with an evening downtown. We started with dinner at Silver 508. The cocktails were refreshing, the meal was yummy, and the company was unbeatable. After some after-dinner drinks and people-watching at The Spur, we headed home. 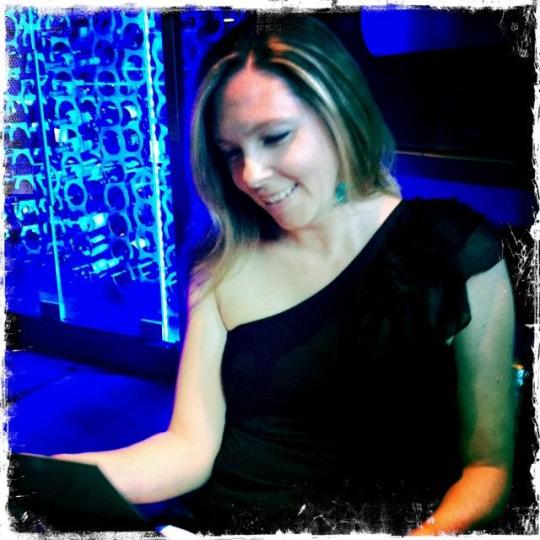 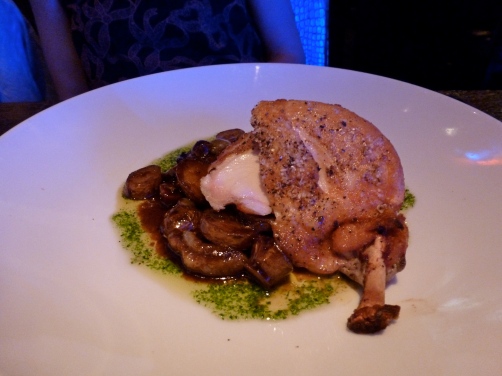 There was something we really wanted to do before the end of the weekend, and we were running out of time! We armed ourselves with prom photos for inspiration, and… 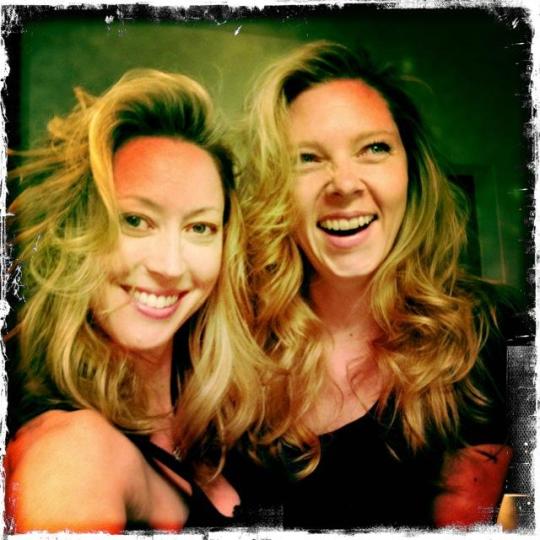 Let’s just say we’ve still got the skill for GOOD BIG HAIR. (And it was far easier than it should be!) We laughed non-stop, reliving our high school morning ritual. We relaxed in the hot tub, then watched chick flicks while passing a carton of Ben and Jerry’s back and forth. It was quite a day!
Sunday, we savored every last second of time together, dreading the inevitable goodbye. We flipped through magazines, baked some cookies for the flight, and pretended we weren’t watching the clock for our departure time. I snuck one last surprise in for Amanda, upgrading her to first class for the flight home. We pumped 80s tunes, singing along and laughing on the drive to the airport, wondering how three days went by so quickly.

I know by now that it’s futile to attempt to hold back tears when we leave each other, so I didn’t even try. I drove home, feeling a bit melancholy, but knowing that I’m SO lucky to have a friend in my life who is such a perfect match for me. I know we’ll see each other again soon, and we made some great memories during the weekend. (Giggle.)
Besides, I’m pretty sure I had the better hair this time.