But in my defense, there were dried cranberries and oats in it. That’s semi-healthy, right?

Cranberries are so… Christmas-y. I strung fresh cranberries for the tree one year- despite stained fingertips (and couch), they were so lovely on the deep green branches! I love the tart flavor of a cold glass of cranberry juice in summertime. And doesn’t it seem like blog-land is filled with cranberry everything right now? Let’s face it: there is no escaping the holi-daze at this point. 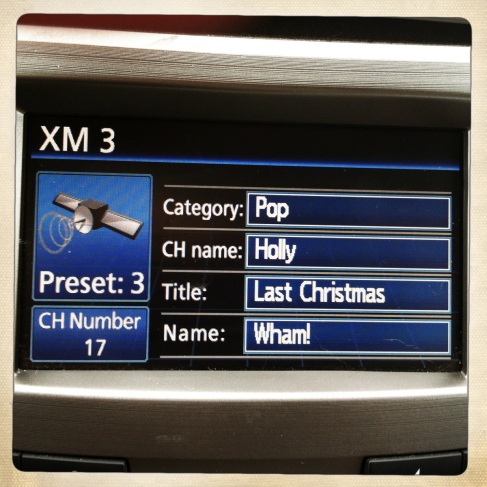 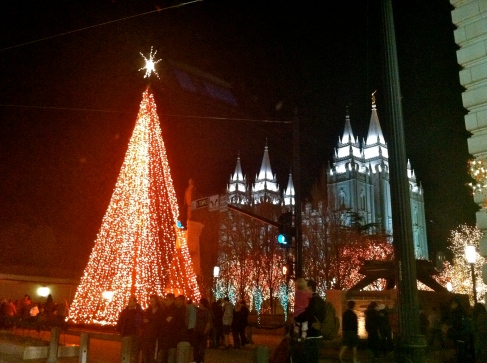 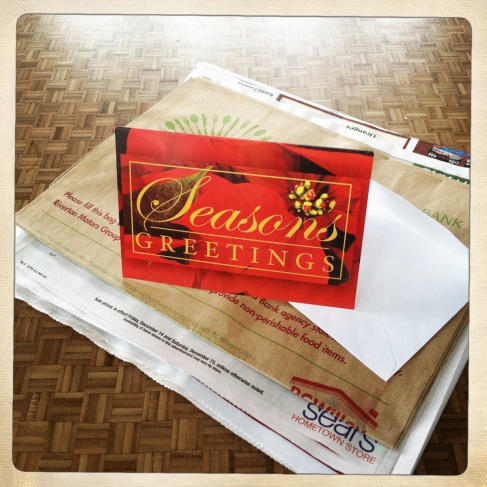 It’s in my car. It’s on the buildings. It’s even in our newspaper delivery! I sort of cringe to point out that there are just 12 days until Santa’s big scene (thank God for Amazon.com)… but truth be told, I’m totally into it!

So let’s hop on the bandwagon and get CRAN-TASTIC!

I saw a cookie online this week that reminded me of one I made years ago. I think my co-worker and friend, Jill, made them for me and shared the recipe. (Hi, Jill!) The name is a party:  Cranberry Hootycreeks. Just what is a hootycreek? I have no idea. I googled it and apparently NO ONE knows. All that matters is that they are delicious!

The recipe describes how to make a cookie mix in a jar to give as a gift. Remember when I made the gingerbread men from a mix? It’s so much better to make your OWN mix- you know exactly what is going into it!

Basically, each dry ingredient goes into a quart jar with a lid, in layers. Remember those sand sculptures you could make at the fair as a kid? The finished product looks kind of like that, all uneven and colorful and beautiful- and EDIBLE. Bonus. 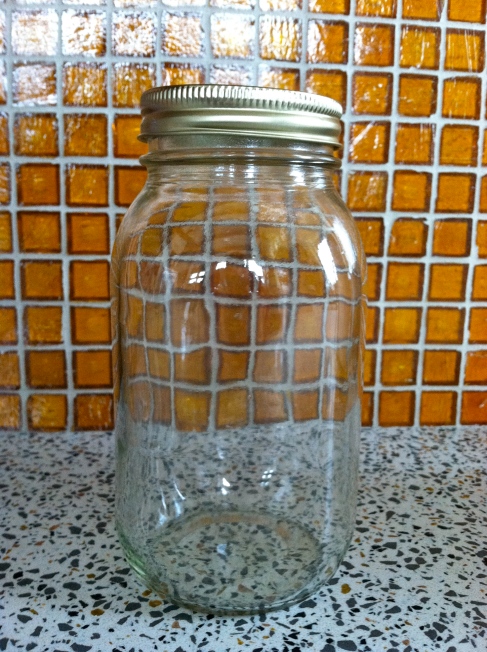 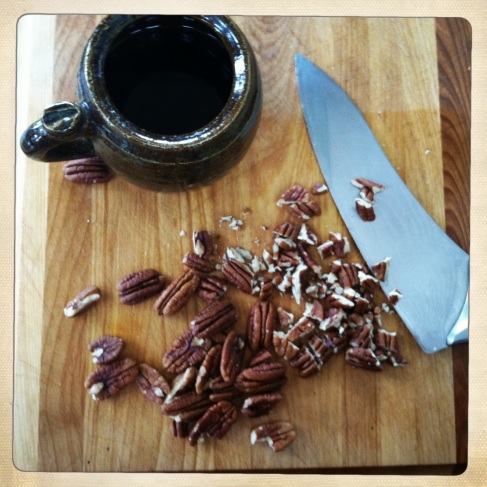 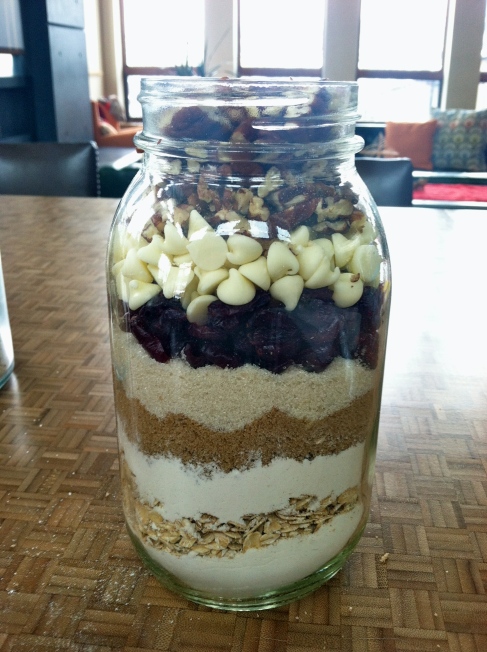 Throw a bow on it and a notecard with simple instructions, and POOF! The perfect hostess gift! Or a sweet present for a child’s teacher. Maybe a thoughtful drop-off for a neighbor. Or, as I called it this morning, breakfast in a jar.

Time to get our hootycreek on! (No, really- what does it mean?)

Some butter, an egg, and some vanilla- into a bowl. Once it’s combined, IN GOES THE JAR. All of it! You just dump it right into the bowl. I kind of love that.

After a thorough mixing, the dough is ready. I can’t help but think that this would be a blast for kids- an easy way to make cookies without all of the tricky measuring!

I jotted a few words onto holiday cards while the kitchen filled with the happy aroma of cookies in the oven. The finished product tasted just as scrumptious as I remembered. Something about the gooey white chocolate chips and the tart dried cranberries make for a really good cookie! 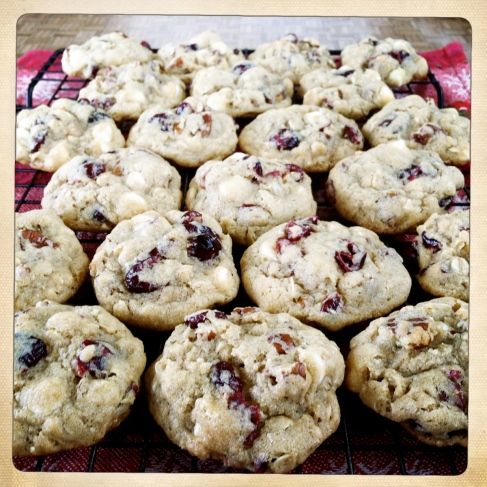 Well, the oven was already on. The oats were out, and so were the dried cranberries. I decided to make another of my favorite recipes- homemade cranberry-cinnamon granola. I DID make it for holiday gifts last year, but really, I like to keep some in the pantry all year long. I kind of wing it with the amounts based on what tastes good, but It’s always AWESOME with raspberry yogurt- and so easy to make. Look! 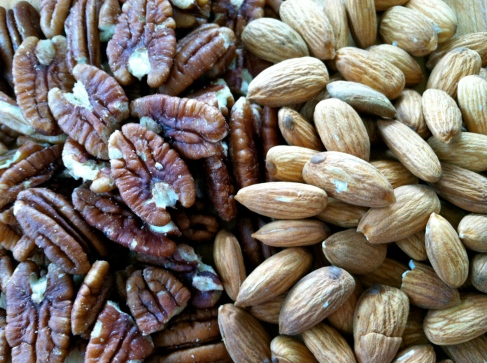 Oats, shredded coconut, and your choice of chopped nuts (I like raw almonds and pecans). Some vegetable oil and honey, a few shakes of some cinnamon, and a good stir. That’s all there is to it, folks!

I bake it at 350 degrees for a half hour or so, stirring it often after the first ten minutes- that way it gets toasty and golden brown all over. And again, the house smelled like Christmas and cinnamon. Mmmmm. 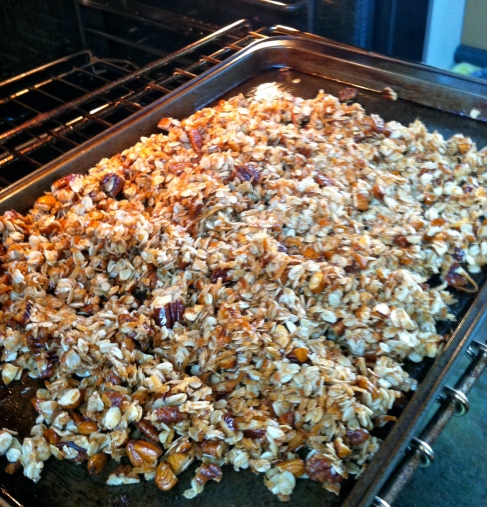 Once the granola has cooled a bit, it’s time for- you guessed it– CRANBERRIES! I have also made the granola with dried cherries and dried blueberries, but the cranberries are my favorite. 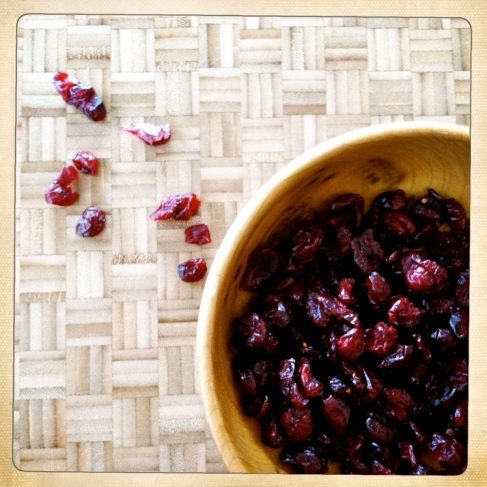 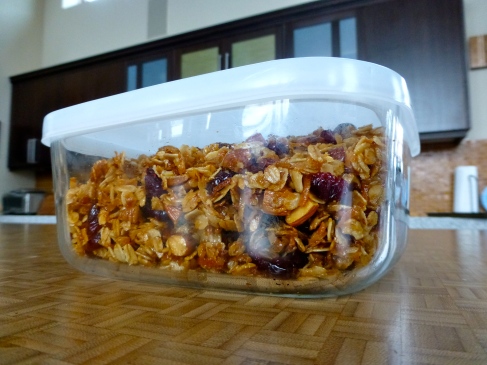 I love having something homemade on the pantry shelf with all of the store-bought boxed cereals. (See a cinnamon trend there?)

I mentioned earlier today that I wanted a celebratory cocktail, and have had my eye on a recipe in particular. Have you stopped by Shutterbean? Incredible recipes, a charming, happy life, and some killer drinks. The Cranberry Rosemary Spritzer sounded divine- and festive! 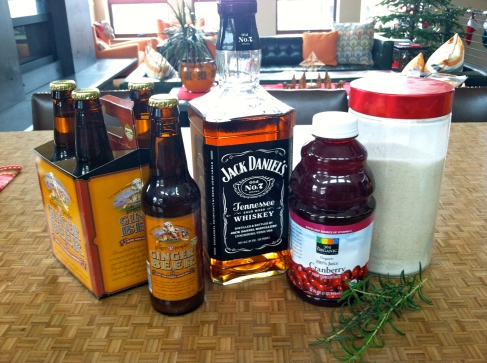 I’m best friends with making simple syrup after my summertime love affair with this lemonade. This version steeps fresh rosemary sprigs in the sweetness, too!

That was the most difficult part of this cocktail recipe. I just poured cranberry juice, my beloved bourbon (Old No. 7 whiskey, in this case), and a ginger beer into a pitcher. I added the rosemary simple syrup and gave it a stir. As suggested, I garnished the glass with rosemary. That piney scent just feels like Christmas! 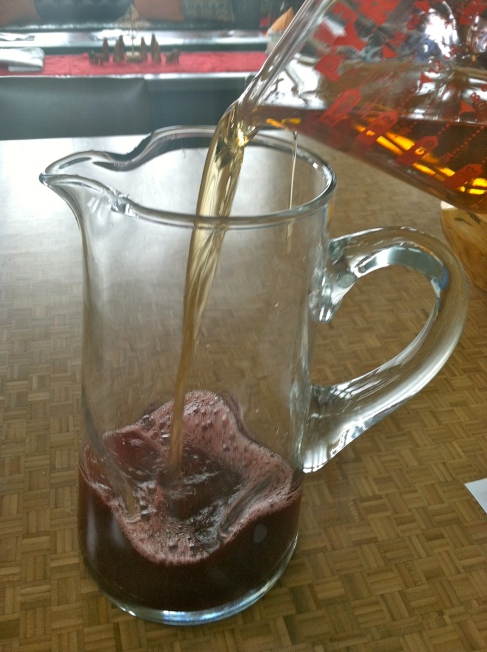 I didn’t have any pomegranate seeds, but I was pretty content without them. The cocktail is tart from the juice, sweet from the sugar, and somehow earthy- must be the bourbon and rosemary. I’d never tried a ginger beer- it added a fizz that really completed the cocktail. DELISH! 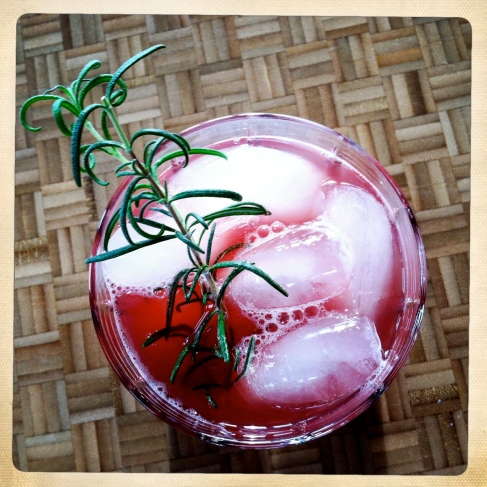 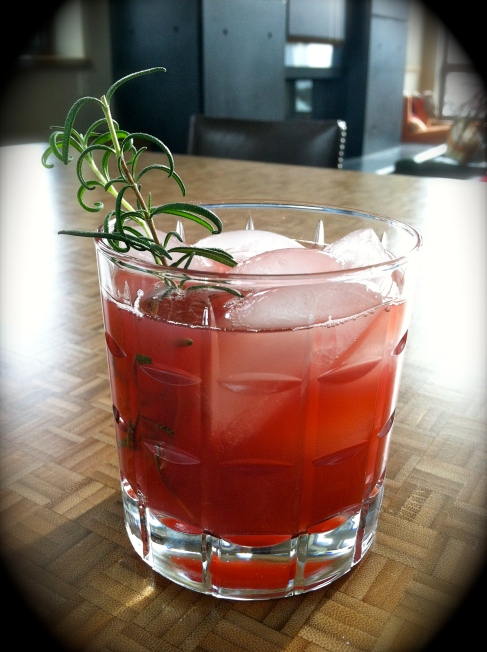 Hmmm. Sounds like a great night for my sweet husband to make dinner, don’t you think? 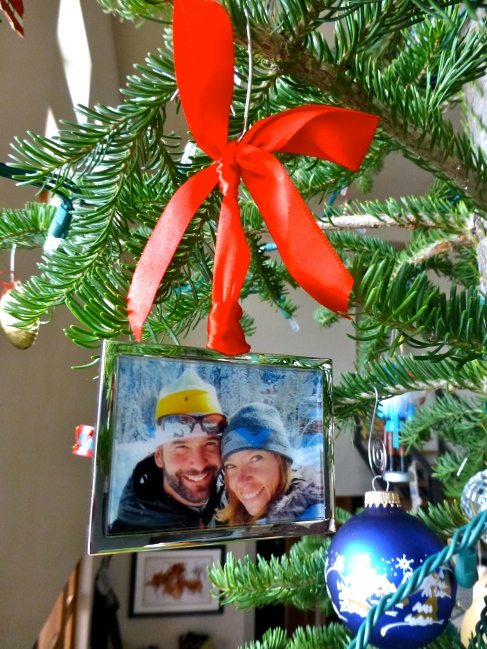 *I’ve got leftover Craisins- who’s got a recipe for me?*

Layer the ingredients in a 1-quart jar with a lid in the order listed.

Attach a tag with these instructions:

Recipe adapted from the Barefoot Contessa

Put rosemary, sugar, and water in a small saucepan and heat over medium-high heat until syrup boils. Turn off heat and let rosemary steep in the syrup for at least an hour. Discard rosemary.

To make the spritzers: