Well, almost. The car is packed and the paddleboards are secured. My suitcase is overstuffed (there are too many pairs of shoes involved). The iPod is loaded, Mr Young’s latest album included (eee!).  My to-do list has a lot of lines through things. I’ve got a stack of magazines for the drive and think I’m pretty well situated for 10 days and a lot o’ miles.

All I have left to do is settle into the passenger seat…oh, and share these two recipes with you! I made homemade baked granola and a batch of minty lemonade to bring on our trip. Mmmmm!

This recipe for baked granola has been a HIT since I started making it a couple of years ago. Last year, I even wrapped some up in cute jars for Christmas gifts. 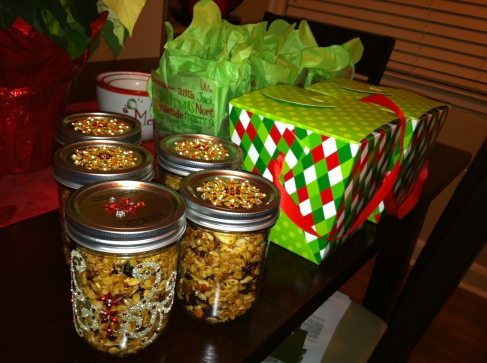 I made a tasty baked granola recipe using coconut oil recently, but this one is my favorite.  Its only sweetness is honey and shredded coconut, and it’s got a good crunch from lots of nuts. You can use any nuts that you like, and add other dried fruit at the end for more chewy bits. This recipe makes your house smell like a cinnamon-y heaven, perfect for fall and winter but fab all year long.

1 ½ cups nuts (your preference- I use pecans and almonds)

Mix all of the ingredients except the dried cranberries in a bowl. Spread the mixture onto a baking pan with an edge. Bake for about a half hour, or until golden brown. Important: stir the mixture a few times during baking. 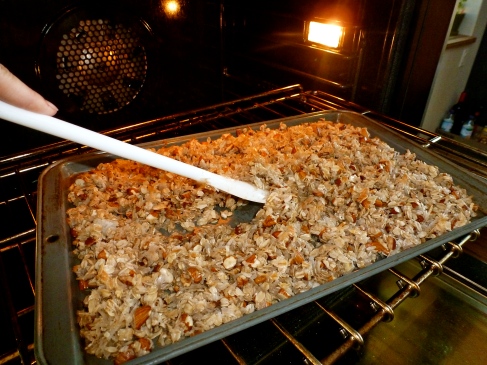 Let the baked granola cool before mixing in the cranberries and storing it in an airtight container. (Heads up: It tends to stick to the pan, so scraping gets a bit messy.)

Munch on it by itself, eat it with milk, or stir it into your favorite yogurt. SUPER YUM. 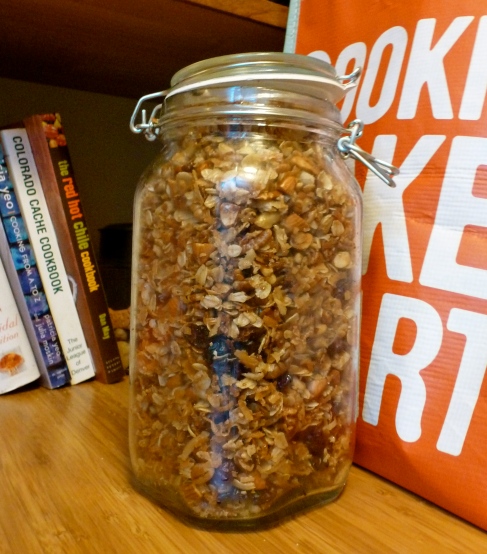 Also! I picked some fresh mint from John’s old house in Salt Lake the other day. If you have mint growing in your garden, you know that it can take over. I thought instead of my Summer 2012 All-Star Beverage (honey-ginger sparkling lemonade with rosemary), I’d make a minty version instead. How delish will that be on a summer day at the cabin?!

For the mint simple syrup:

Bring the honey, sugar, and mint leaves to a boil in the water in a saucepan, stirring to dissolve the sugar and honey. Once dissolved, turn off the heat, cover, and let steep/cool for 30 minutes. 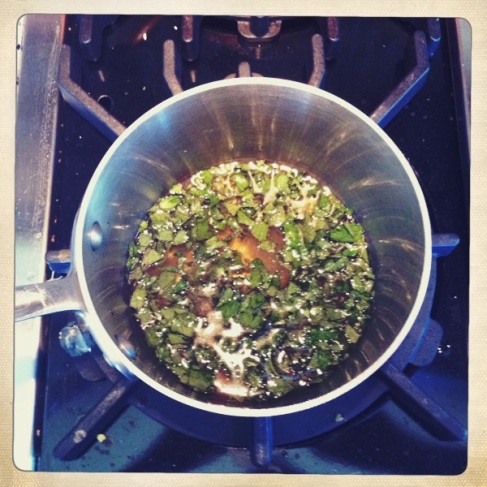 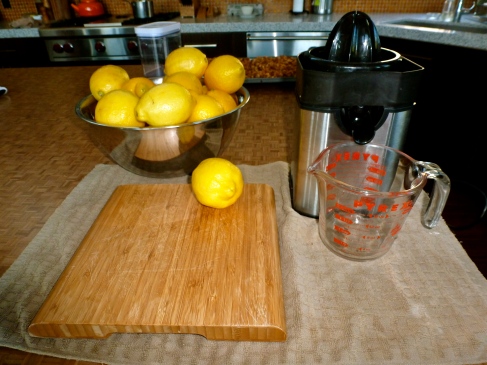 Once the mint syrup has cooled, strain out the solids and then mix the syrup with the lemon juice and sparkling water. (You may have to adjust the amount of syrup and/or sparkling water to taste- some lemons seem to be more tart or produce more juice than others.) Stir in the fresh chopped mint leaves and keep refrigerated. YUM AGAIN! 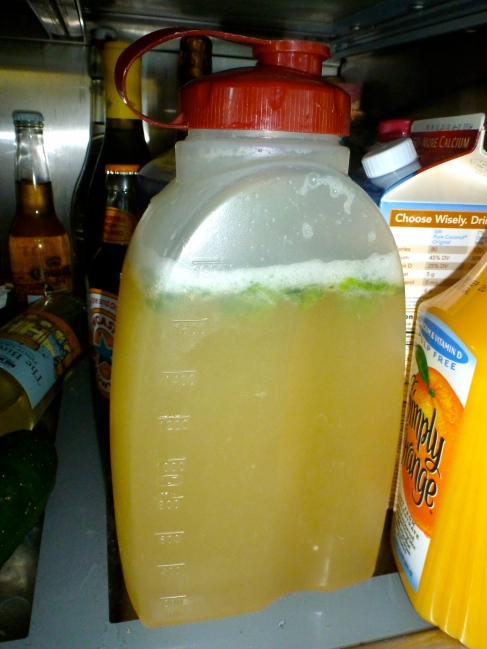 As summer nears its end and a new season is on the horizon, it’s time to take advantage of every bit of sunshiney goodness that comes our way! Soon enough, I’ll be posting recipes for winter-worthy stews and casseroles, watching snowflakes fall outside. But not yet. I have a feeling there are still some pretty awesome summer adventures in store for us.

Thanks for your patience during the next little while, when fun gets in the way of daily posts!