Our 4thof July was a fun one! We planned on hitting the parade in Old Town Park City and then having a few friends over for burgers. I picked up some festive decorations, which Oden obviously thought were toys just for him- he kept stealing flags and pinwheels from my potted plants. How perfect is this little pants-less dude on the porch? He’s ready to party! 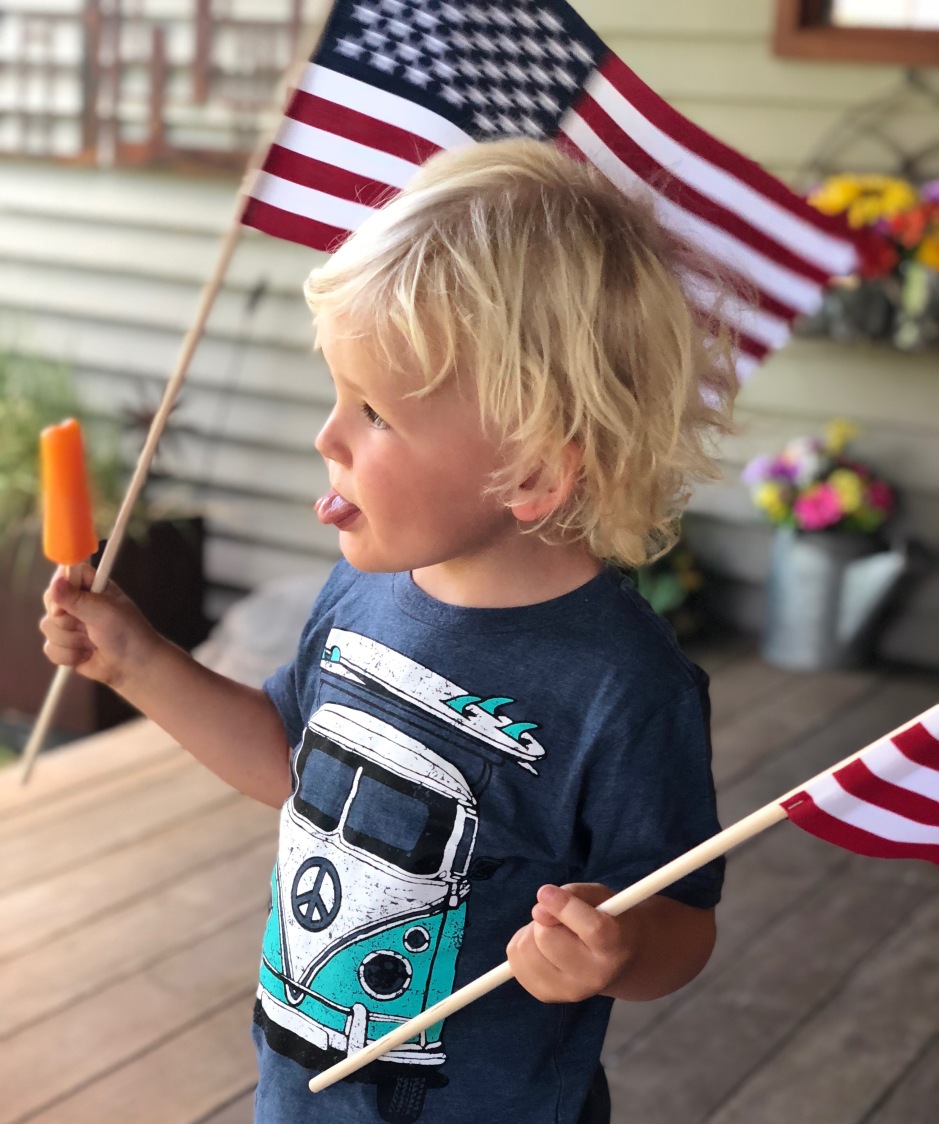 Part of the reason we moved to this house was the neighborhood’s proximity to town. We envisioned riding bikes to events and parades, and that’s just what we did on the 4th. We shoved the baby carrier into the trailer and headed for Main Street. It was already warm and I confess that this preggo mama in a fitted dress needed to stop and rest on the way there! We ended up securing the bikes to a pool fence at a condo complex and walked right out to Park Avenue toward the end of the parade instead of Main. It was less crowded and we were able to find a shady spot to watch the parade, conveniently right across the street from a cute puppy. 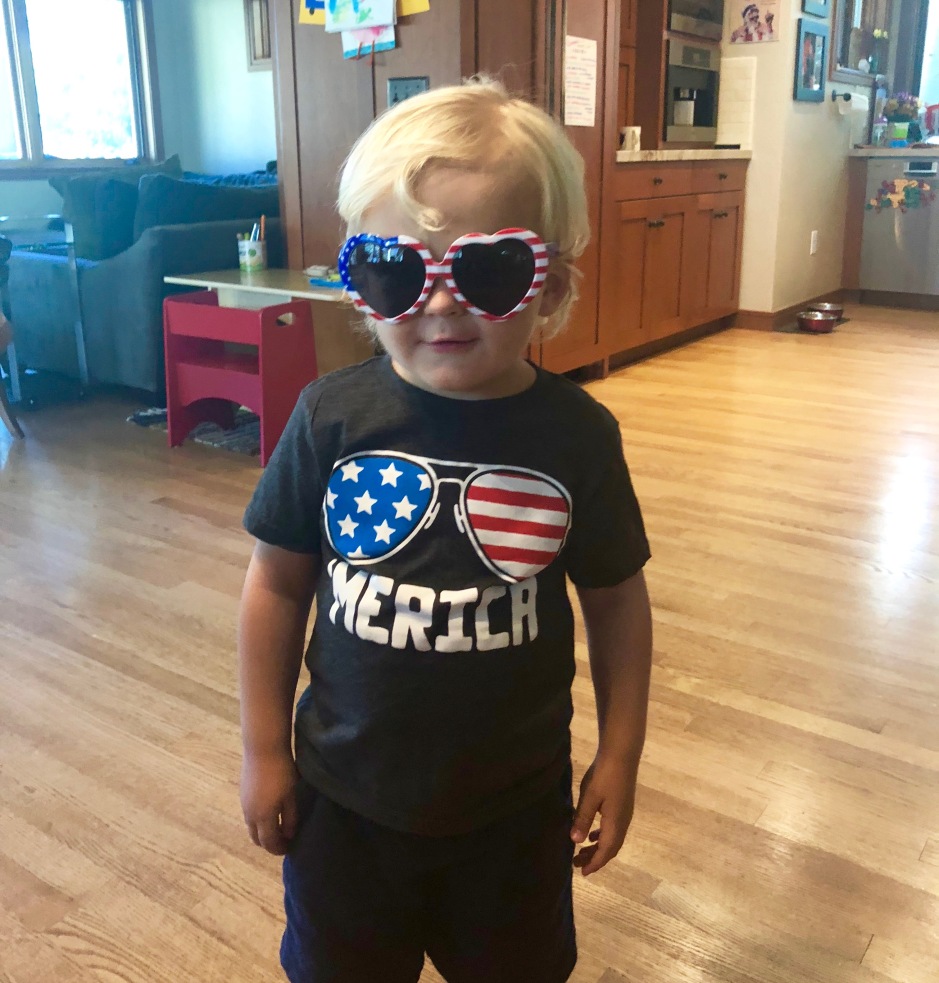 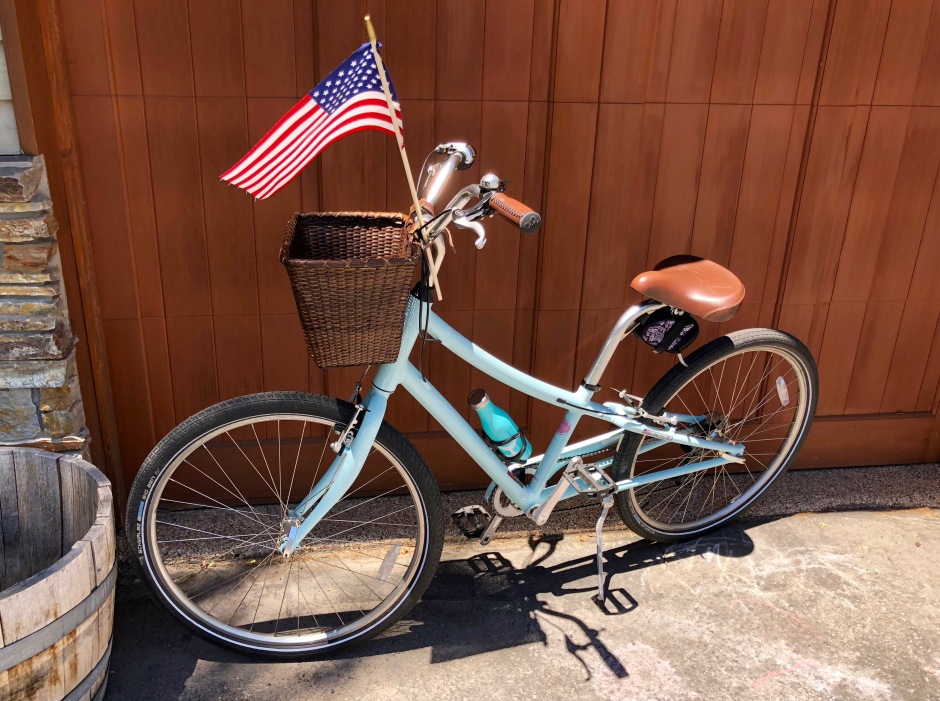 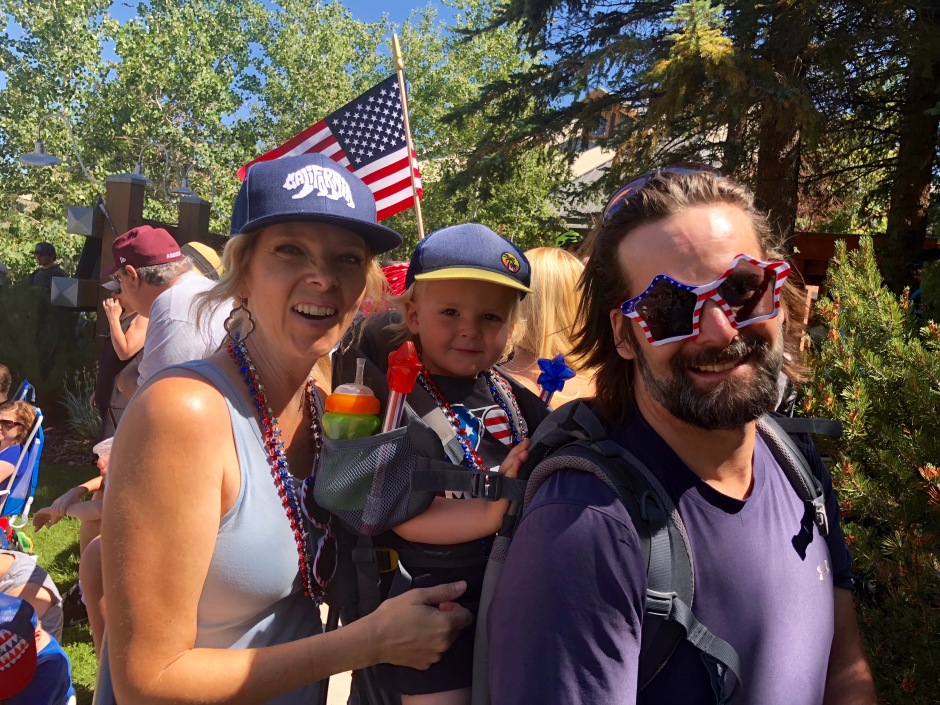 Oden was so much more into the parade itself this year than last year. Look at him a year ago, holding a little dandelion! I feel like he’s almost too big for the baby carrier now- not a baby anymore. Sniff! 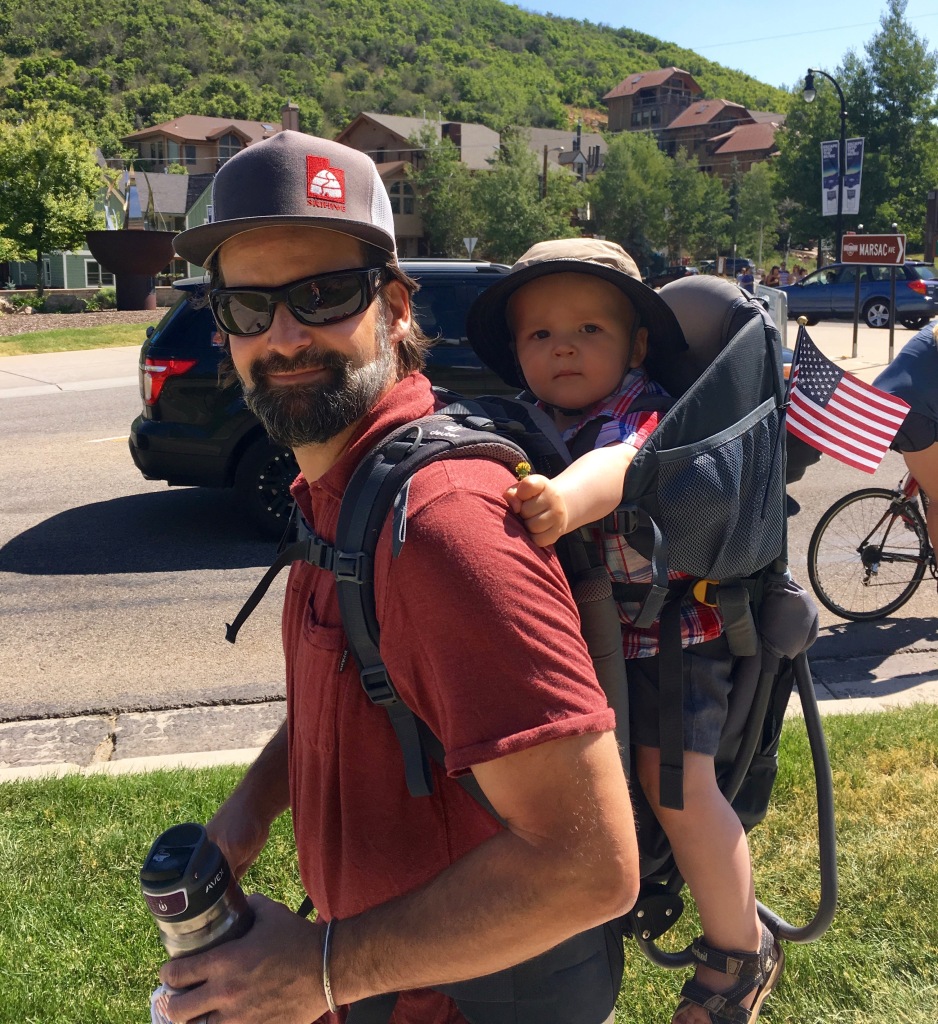 Oden clapped for certain participants more than others and kept asking, “More coming?” Major highlights were waving to our firemen buddies on the firetruck and certainly the popsicle that someone gave us! The parade was just long enough to be worth it and short enough not to be tired of standing up through the whole thing. Afterward, we rode home, trying to meander our bikes through the throngs of people and then coasting home! In-town living is fun!

Our “small” get-together of 6 people turned into 14 people by the time 5pm rolled around, plus a couple of extra dogs. We grilled burgers and served boiled corn with chili-lime butter and baked fries. So American! During Oden’s nap, I made John’s mom’s 7-Up cake which was a huge hit- I’ll share the recipe soon. Friends brought salads and snacks and sweets. I was too busy to take many photos! 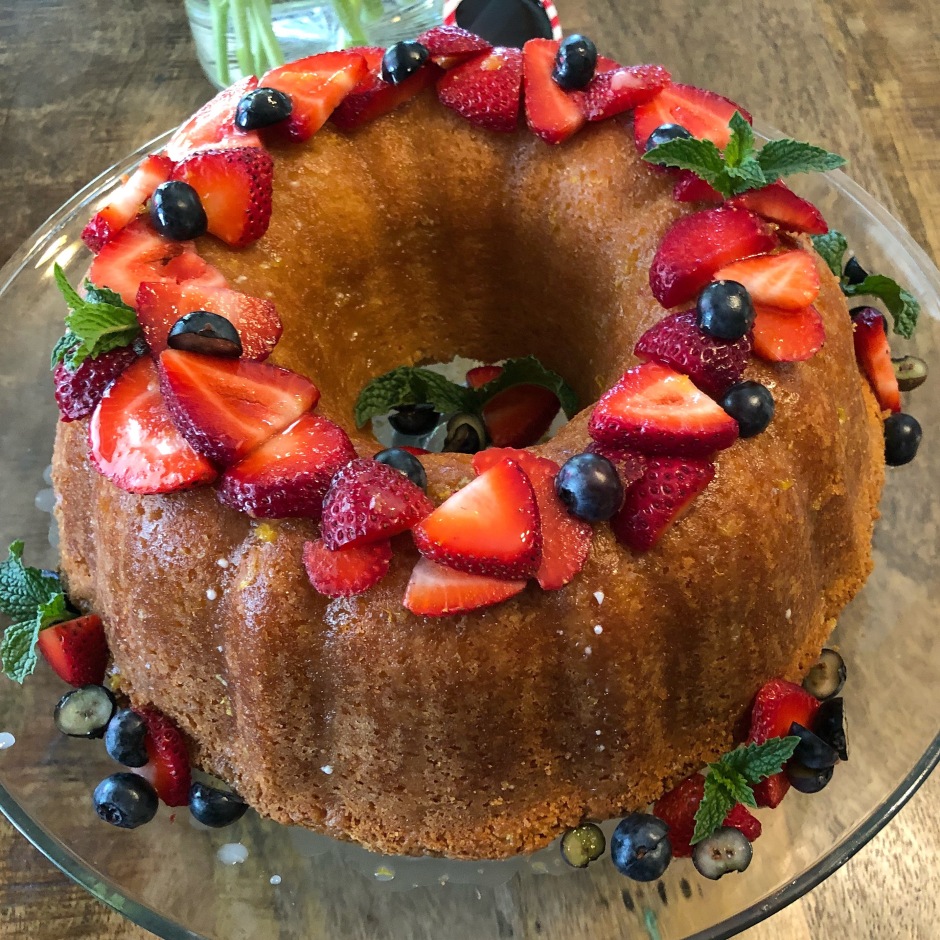 We laughed after the fact that Oden had his best day ever. Parade, popsicle, friends and dogs, running though the sprinklers. We crossed off a Summer Bucket List item with Oden’s first water balloon fight. He’s been asking for them since! By the end of the party, he was naked and jumping on the trampoline, two pieces of cake deep. Oh, to be TWO! 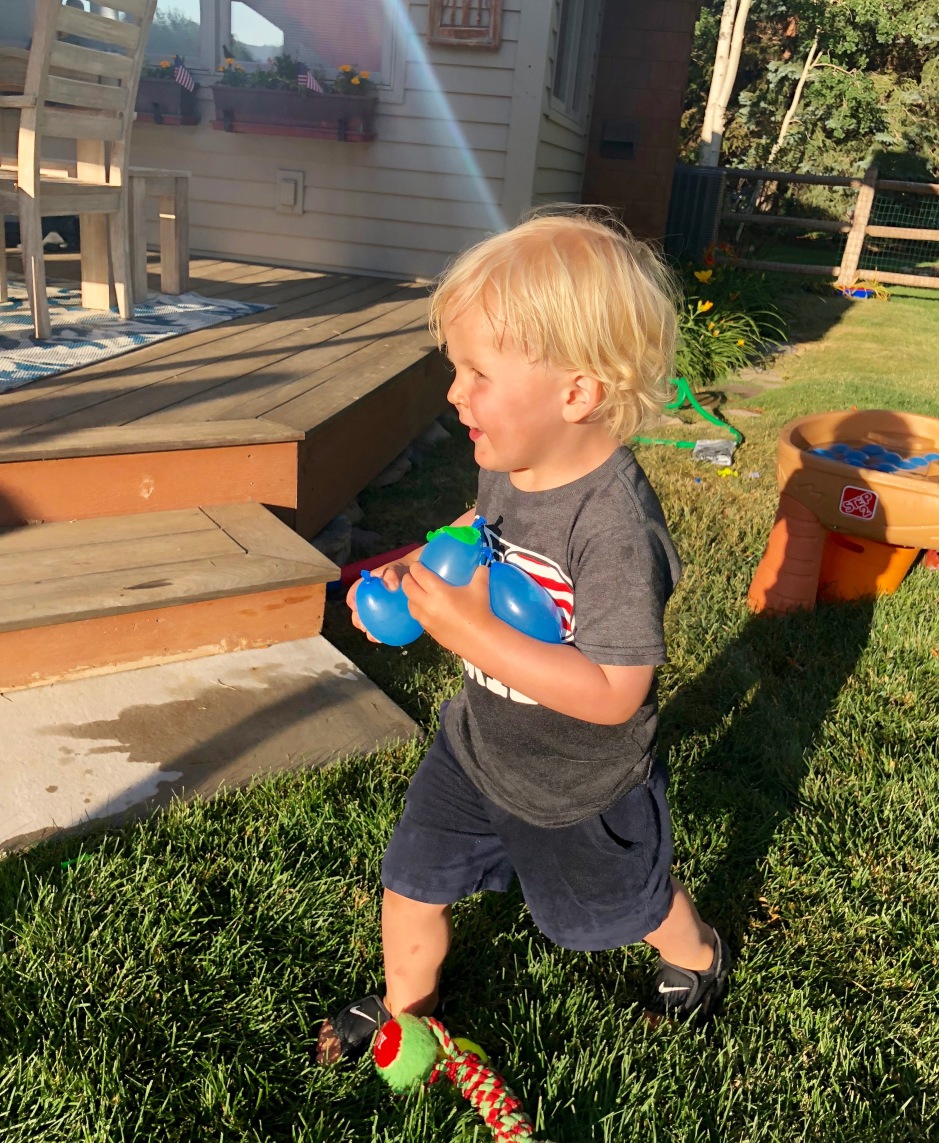 As dusk neared, we packed up the trailer again with blankets, beverages, sparklers, and more cake and rode bikes to the local golf course for fireworks. These were Oden’s first fireworks and another Summer Bucket List item, and it was so cute to have him nervously hold me close and yell “POP!” 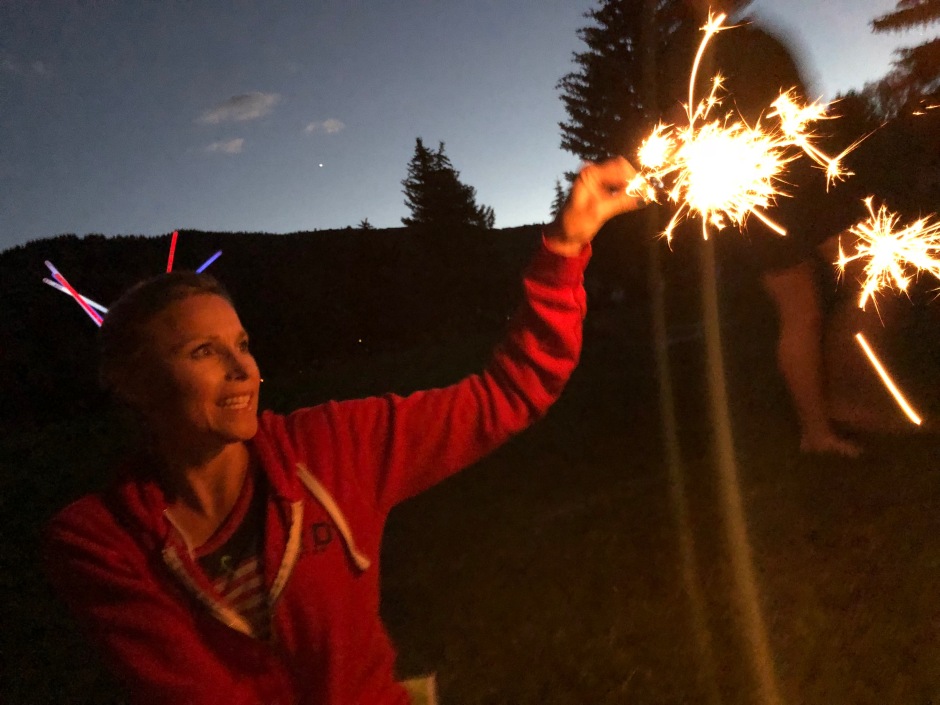 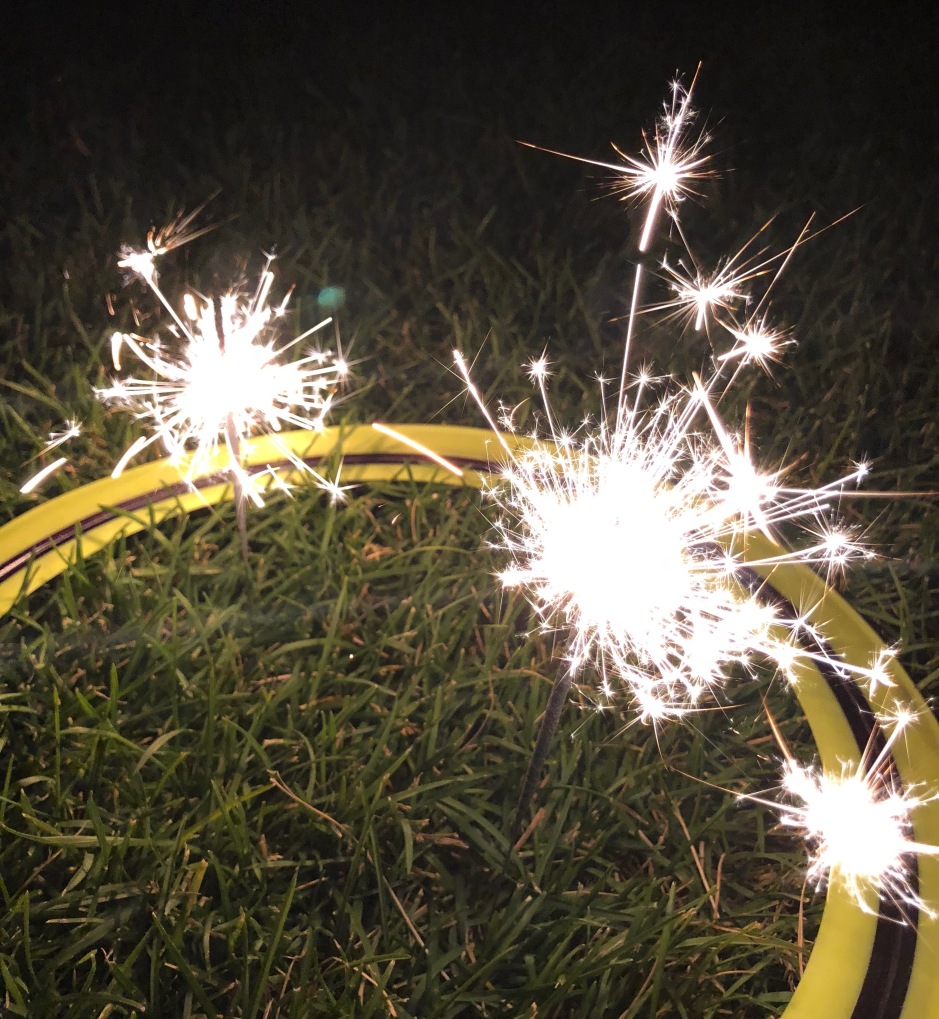 We got home exhausted, hugged our friends goodbye, and put Oden to bed 3 hours later than usual. It was sort of a whirlwind day and I’d by lying if I said I wasn’t stressed for some of it, but looking back on the photos remind me that I shouldn’t sweat the small stuff. What a day full of fun memories!

Hope you had a fabulous 4th of July, too!