As I’ve mentioned a hundred times, it took a lot of time, effort, optimism, and fertility assistance for us to get pregnant. Truthfully, I was so focused on someday seeing those two lines on the pregnancy test that I didn’t actually think much about how my body would handle it all if we ever succeeded. Luckily, my body loved growing a baby! It instinctively knew exactly what to do and I just went along for the ride. I carried a 9 pound 9 ounce baby to 40 weeks and felt pretty darn good for 90% of the pregnancy, remaining active (until that pesky illness) to the end. I loved being pregnant. When it came to breastfeeding, I sort of just trusted that my body would continue to do its thing. I’ve known plenty of women who have struggled, so I knew it wasn’t a given. In fact, when it came to breastfeeding, most people we’d talked to had some kind of trouble. That said, I hoped breastfeeding would come as easily to me as the rest of the pregnancy. To put it bluntly, it hasn’t. I thought I’d share our experience so other women having difficulty won’t feel like they are alone!

First, we had an unplanned C-section. One’s body and hormones react differently to an operative vs. vaginal birth. It can take longer for milk to come in. It’s awkward to have immediate skin-to-skin time with the baby and initiate breastfeeding immediately. There are medications involved that can make the baby sleepy and less motivated to work for his food. The aftermath of a major surgery is physically difficult on Mommy for weeks. If you factor in the 2 weeks I was down with a respiratory infection before giving birth (with more medication), my body was not at its peak when Oden arrived. And there was an emotional component to the experience for me, coming to terms with the fact that I wasn’t given the opportunity to bring my baby into the world naturally. All of these things factor into the breastfeeding experience. 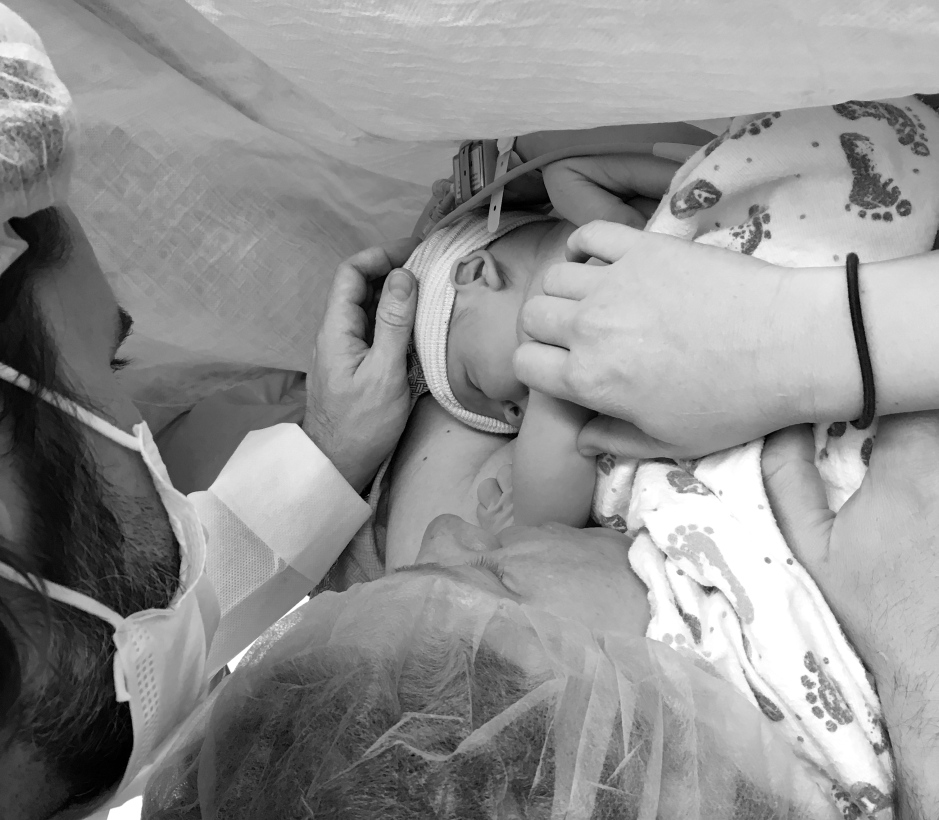 Oden actually was able to eat while I was still lying on the operating table, which was awesome. The next few days at the hospital were challenging, just trying to fumble through feeding a newborn as a first-time, clueless mom. By the time we were set to leave the hospital, Oden was starting to show signs of frustration at feeding times and we worked for quite a while with our nurse, Robin, on latching properly and even used a little syringe with a tiny tube to help Oden get enough milk. It wasn’t until a few days had passed at home that we noticed a peach-colored pasty substance in the front of his little diaper. We learned from our pediatrician that it was crystalized urine, a sign of dehydration and that Oden wasn’t getting enough food. My heart absolutely broke a little bit, realizing that I wasn’t feeding my child enough and it was affecting him physically.

We called our doula and consulted with a licensed lactation specialist to make things right. We worked again on his latch and determined he was tongue-tied, which means the little strip of skin below his tongue was restricting his sucking ability. (Our pediatrician clipped it and I cried.) We rented an industrial-grade breast pump, which I was to use after each feeding every 2-3 hours (including through the night). We would combine the sparse milk I was able to pump with formula and feed it to Oden using a supplemental nursing system. The SNS is basically a vial holding the milk with a tiny hose that we would tuck into Oden’s mouth while he was breastfeeding. It would give him the food he needed while keeping him focused on ME as the food source, and hopefully stimulate more milk production. Pumping frequently would also (in theory) stimulate my body to make more milk. The schedule was daunting and using the SNS added a stressful component to an already difficult situation, but we were committed to doing what we could to get my body on track to feed our son. 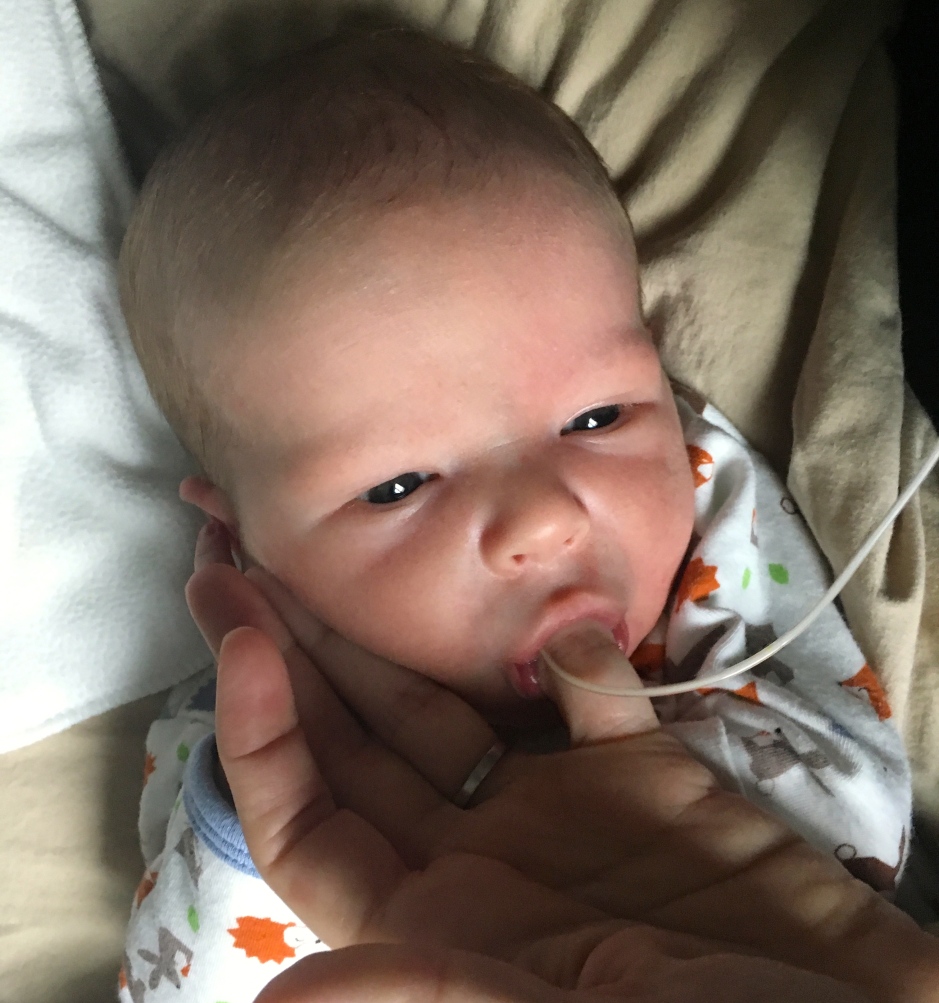 Fast forward two weeks. We had exclusively fed Oden with the breast milk/formula combo via SNS, sometimes opting for a “finger feed” but avoiding using a bottle or pacifier completely. By then, my milk production should have increased significantly and Oden should have been feeding primarily from me (and less and less from the SNS). In fact, my milk production had not increased and Mr. Smarty Pants had figured out that the teeny hose played a big part of his mealtime. His latch was still an issue and he was basically refusing to eat from my breast without the hose. Each feeding time was becoming a negative experience, with Oden freaking out and crying enough to get Mama to cry, too. A check-in with the pediatrician, our doula, and the lactation specialist determined that we should make a change to ease the situation for both Oden and his parents. The SNS was meant to be a short-term, temporary bridge to trigger Oden’s natural breastfeeding instincts and it hadn’t clicked. My milk supply was also an issue, despite consuming fenugreek supplements, lactation-assisting tinctures, placenta capsules, plenty of water, and even home-baked lactation cookies. Since we’d need to supplement with formula anyway, the only real change was the vehicle with which we’d deliver the milk to Oden. We’d continue to pump and offer the breast, but use a bottle instead of the SNS. That one change made a world of difference in the course of our days, with feeding times becoming a positive and bonding experience as opposed to something bad.

Though the switch to the bottle was the right choice on all counts, I was devastated. The entire breastfeeding issue was unexpectedly very hard for me. While I hadn’t given birth in the manner I’d wanted, not being able to feed my baby was far more emotional and deeply affected my opinion of myself as a mother. I felt like I’d failed, like I’d somehow given up. Everyone has an opinion about what you should do as a new mother, and they are quite vocal about how vital breastfeeding is for the health of a baby. It’s hard not to feel judged, mostly by myself. I’ve had to keep telling myself that we are making decisions that were best for Oden and took solace in the fact that breastfeeding was difficult or impossible for many other new moms, too. The guilt I felt was surprising and lingers still. Two weeks later, I am still attempting to pump multiple times each day to add breast milk to Oden’s bottles of formula, and it makes me feel better to know that he’s at least getting an ounce or two of my own milk each day. I’ll continue to do so until my body stops producing milk completely. I occasionally try to breastfeed Oden in the hopes that something will click, but so far, it hasn’t. And it’s ok. He’s a healthy, growing baby who eats well, and in my heart, I know that’s truly all that matters. 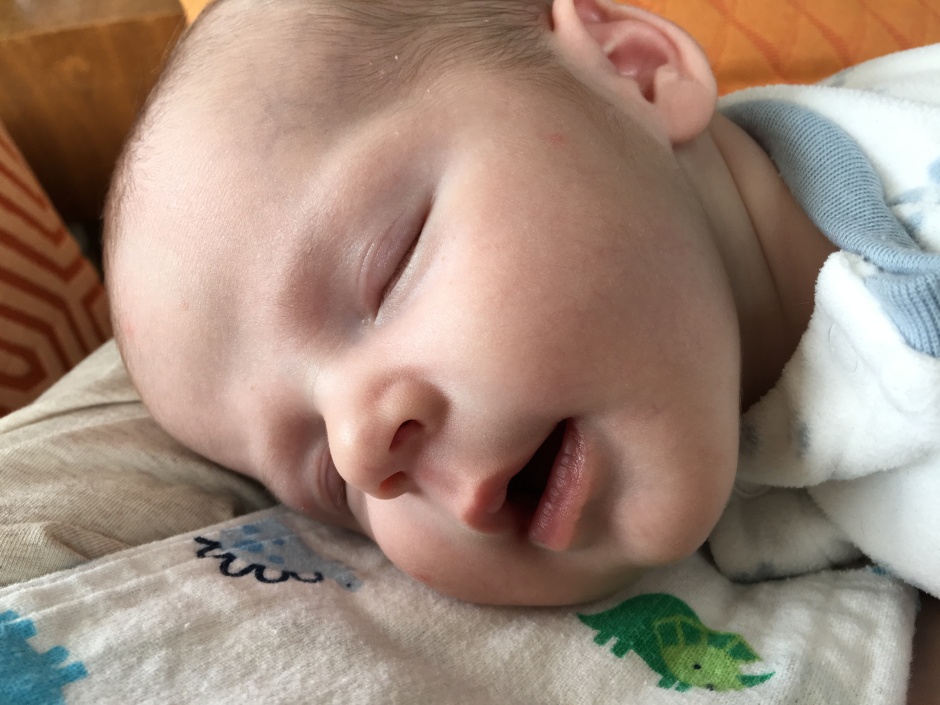 Other than that elusive successful feeding experience, one of the best parts of breastfeeding was trying to increase milk supply by eating delicious “lactation” cookies at any time of day. There are many recipes out there that claim to increase milk supply in breastfeeding women, and most include similar ingredients (they’re called galactagogues). We were given a recipe for “Major Milk Makin’ Cookies” at one of our baby classes at the hospital, and my dear mom baked not one, but TWO big batches of these tasty cookies while she was here. She even took photos so I could share them on the blog! The galactagogue ingredients in the cookies are oatmeal, flax seed, and brewer’s yeast (also found in beer, which is why you hear that beer is good for breastfeeding mamas!). The cookies are dense and seriously scrumptious, and you could easily tweak the recipe by changing up the types of nuts or adding raisins or dried cranberries. Bonus: they freeze well! We stored little bags of baked cookies in the freezer and when we finished one bag, we’d just grab another to thaw. And, in case you’re wondering, the cookies WON’T make your husband or non-mom friends start producing milk. The galacatogues only affect a lactating woman! 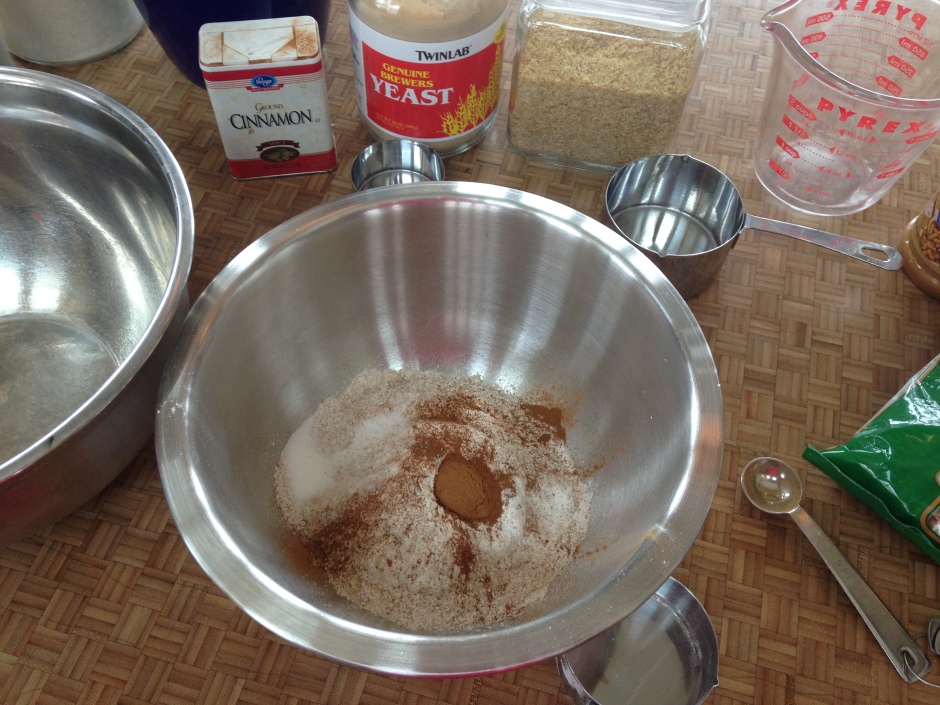 You make these cookies in the same way you make any cookie. Combine the dry ingredients. In another bowl, beat the sugars and wet ingredients (plus brewer’s yeast and flax). Add eggs and then mix the dry ingredients into the wet. By hand, mix the nuts, chocolate chips, and oats. Bake at 350 degrees- best eaten when warm! Mom used my small scooper so each cookie was the same size. She used walnuts and pecans for the nuts and both white and semi-sweet chocolate chips. The recipe makes a big batch and I can’t believe I’m down to my last few cookies from the second batch. Time to make more! 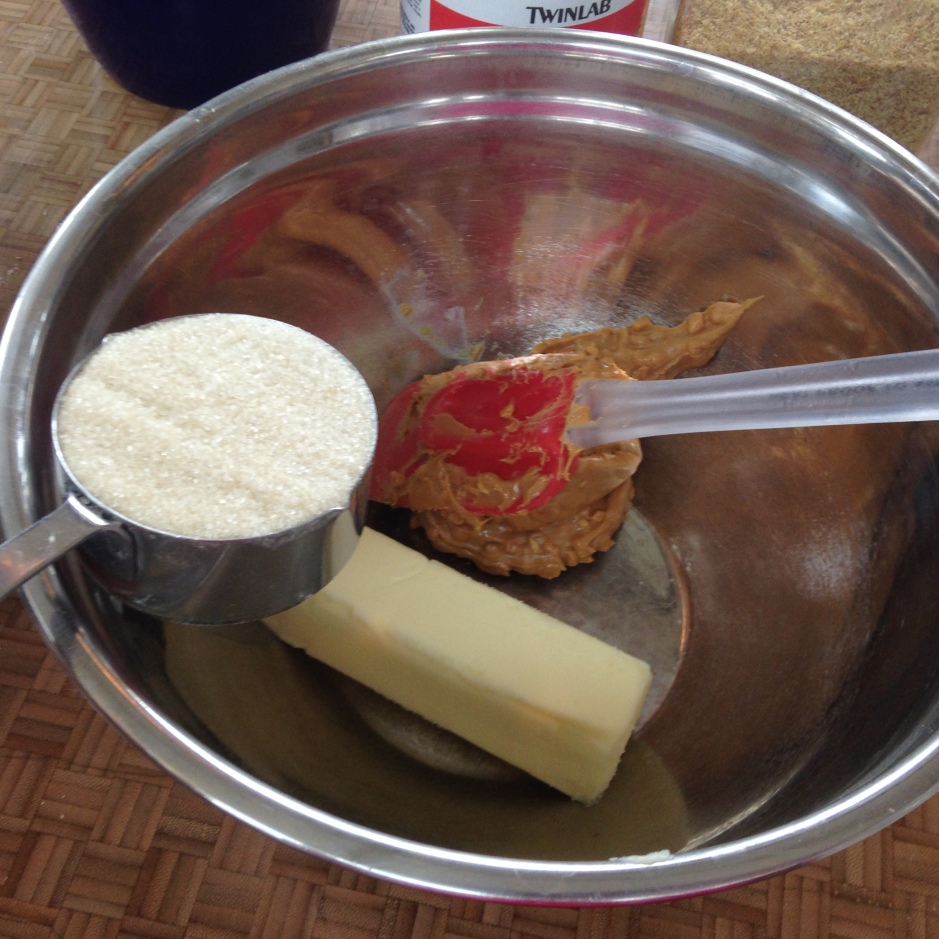 Who knows if these little treats affected my meager milk supply at all, but I wasn’t about to deny a legitimate reason to eat cookies all day. If you are a mama-to-be, I highly recommend trying these! And if you know a mama-to-be, bake these cookies for her as a wonderful “Welcome, Baby!” gift (and try not to eat them all yourself!).