I’m going to let you in on a little secret.

No, really- I am. I guess it may not seem like it here. You read about my paddleboarding adventures, mountain hikes with Cholula, big parties with monster menus. You see my photos from elaborate meals or trips in Betty. But why do you think I write about that stuff? Because it’s the good stuff! But it’s not the norm. LAZY is my default setting.

I am not really sure where it comes from. I come from a hardworking family. I grew up in a house with chores and responsibility. I had two jobs in high school. If my car needed washing, I didn’t drive through the carwash. I got the bucket out and scrubbed away in the driveway. And I do have my moments of massive productivity. I make lists and get stuff done when I need to. But unless it’s really vital, I’d much rather sit around with a stack of magazines or watch the adventures of Carrie Bradshaw…again. (Seriously, how many times can I watch that show?)

The worst is when it comes to exercise. This is where my laziness shines the brightest. My skinny genes are a blessing in many ways (psst- s’mores ice cream), but I’m woefully out of shape. I always feel incredible after a hike or a pilates class or the Honeymoon Hundred. But the motivation to get started is pretty easily trumped by a glass of wine, a cooking show, a catalog for things I’d never wear… just about anything seems to come first.

But sometimes, you need a no-effort meal. You know those days where you really don’t want to cook, but don’t feel like going out (you’d have to shower!) and a frozen pizza sounds gross? The LAZY days?

Last night, John was planning on making one of his specialties: grilled salmon with a delicious cucumber-dill tzatziki sauce. But he wasn’t pleased with the salmon (he prefers his on the rare side). So I threw together an off-the-cuff pasta dish that took very little effort… and tasted great! 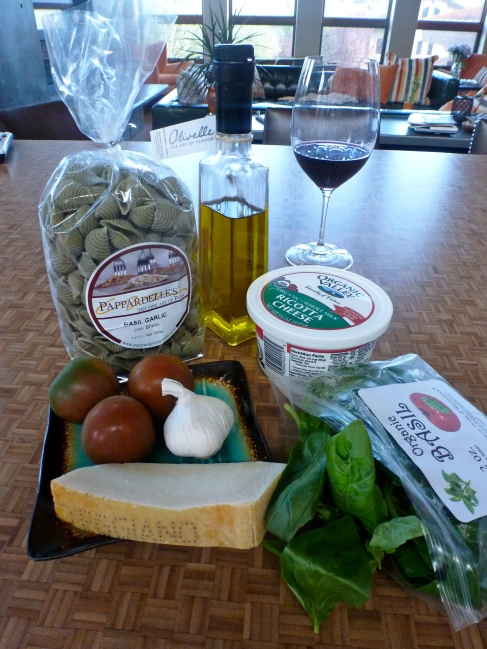 I needed very few ingredients: pasta, tomatoes, garlic, basil, spinach, ricotta cheese. I happened to have basil-garlic shells from the farmers market in the pantry, and an awesome garlic-and-herb olive oil from a shop in Bozeman. Oh, I also cubed some fresh mozzarella, taste-testing a few pieces. While the pasta boiled, I chopped away. The hardest part was stopping to sip wine. 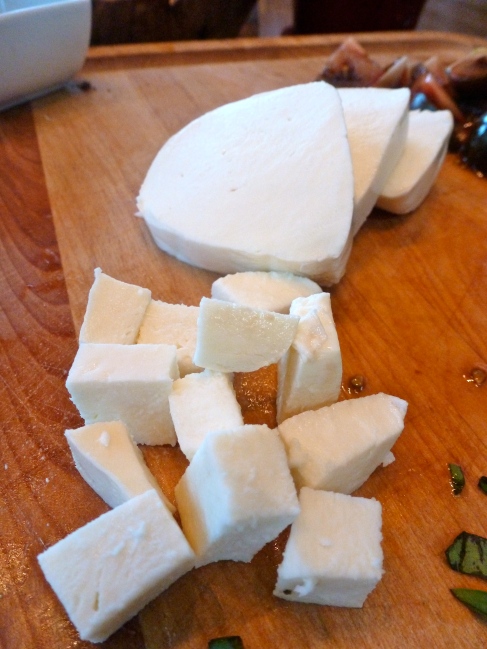 How long does pasta take to cook…10 minutes? Ya, that’s all the time I needed to prep the rest of the ingredients. I drained the pasta and then sauteed the garlic in some of the infused oil, right back in the pasta pot. (Another pan would have meant more dishes later… and I’m lazy, remember?) The pasta went back into the pot, too, along with the chopped tomatoes, basil, spinach, a scoop or two of ricotta cheese, some pre-shredded mozzarella, and the mozzarella cubes. Some crushed red pepper, some garlic salt, a few shakes of dried oregano and a quick stir: so easy. 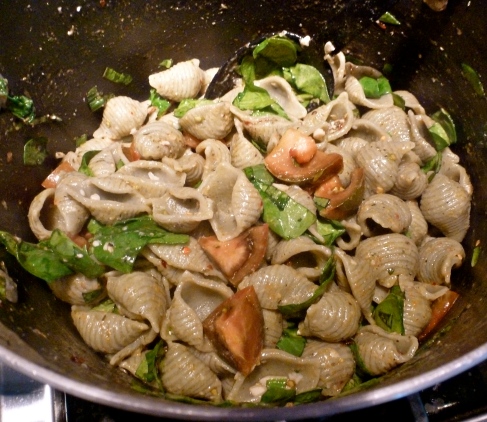 The mixture went into a glass pan, and I sprinkled the top with fresh parmesan cheese. I also added some Italian breadcrumbs, just because I had some. Into the oven at 350 degrees, and then I had 25 minutes or so to sit around and drink more wine. Hooray! 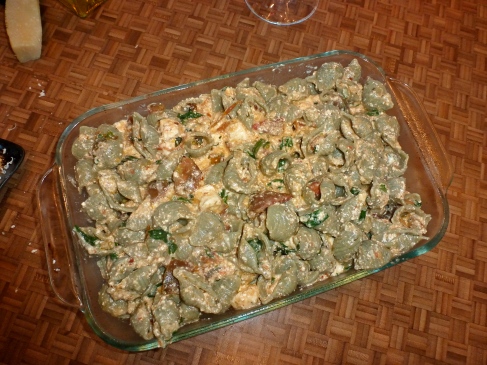 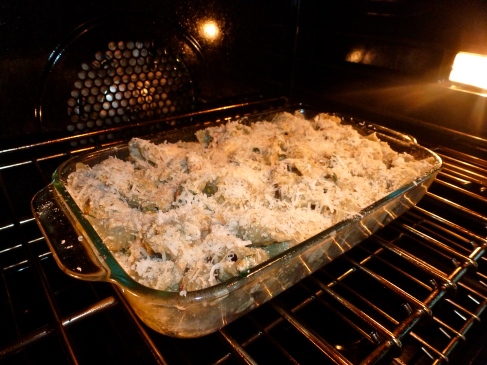 I wasn’t exactly sure what to expect, since I totally winged it on this one. But the ingredients were fresh and yummy, and it sure smelled good. My kitchen assistant had high hopes of a rogue noodle taste. (Some cheese may or may not have hit the floor.) 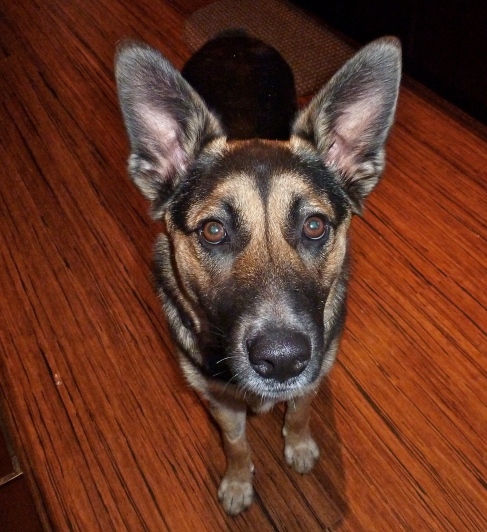 Um, YUM! The breadcrumbs were a good idea, because it gave a little crunch to an otherwise creamy dish. I think next time, I’ll add other veggies like zucchini and mushroom for more variation. Any small pasta would work, too. Lazy Bliss Baked Shells were a total success, and took hardly any effort. John had seconds.

After dinner, I stacked the dishes in the sink for later. Or maybe tomorrow. Because even though I made dinner, I was still feeling lazy. It’s so much more fun to curl up with wine and watch reruns of Portlandia. 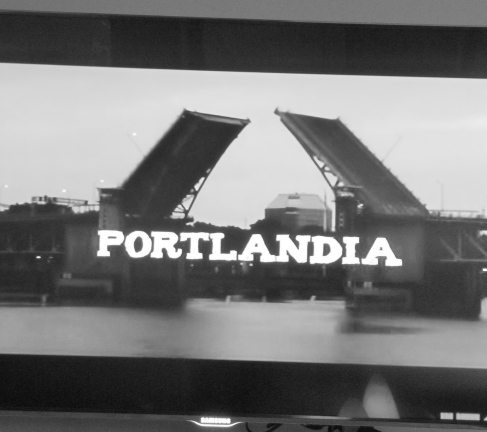 The dishes could wait.