Philly isn’t the only city with it.

There’s plenty of ‘brotherly love’ in Park City this weekend!

I’m so lucky to have an awesome brother. With four years between us in age, we didn’t always see eye to eye. Now that we’re (pretending to be) grown-ups, it’s fun to be siblings AND friends. He and John get along great. Bonus! And his job has him visiting us every couple of months! Double bonus!

Bike DealerCamp 2012 just happens to be at Deer Valley Resort this year, so Matt came to town a few days early to spend time with us. We kicked off the weekend at our favorite spot- High West Distillery. You know how I feel about this place. 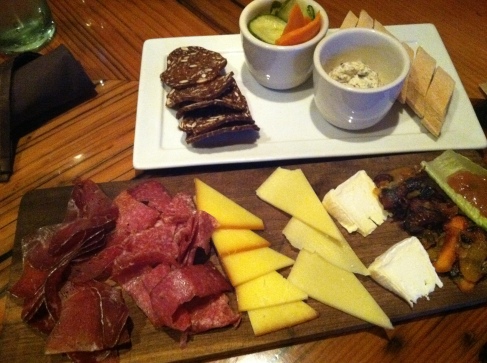 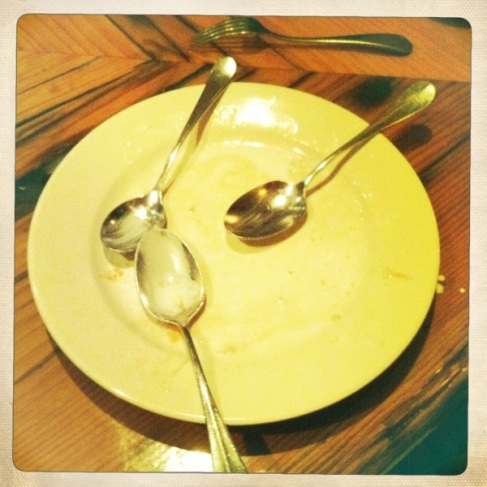 The next morning, we woke up to a glorious day.

Last week, we added a new member to the household: a standup paddleboard for me! It’s bigger, and therefore more stable. It’s more like a boat- a flat canoe- while John’s is more like a surfboard. 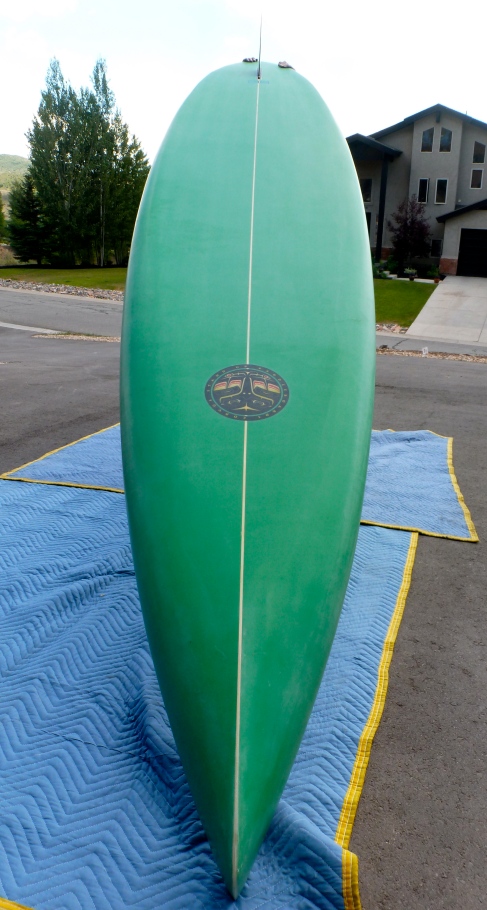 I couldn’t think of a better day for the new SUP’s maiden voyage. We packed up the sunscreen and towels, a cooler with beverages, and loaded up the truck with our boards. Adventure awaits! 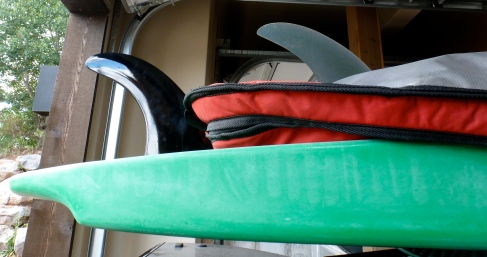 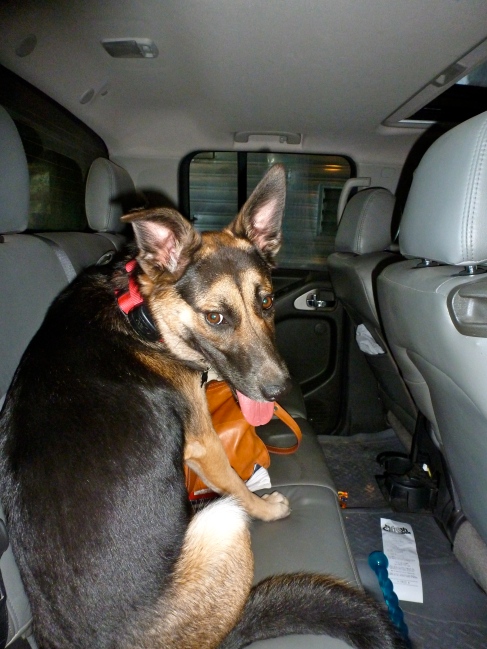 We were unprepared for the weekend mayhem we found at Jordanelle State Park. Instead of fighting the crowds, we decided to head further north to another reservoir called Rockport. We found a spot to ourselves on the bank of the lake and pretended we didn’t see the thunderclouds building in the distance.

Matt had never been on a standup paddleboard, and jumped right into the action. It’s an awkward feeling on a board until you get the hang of it, and it’s a constant battle for balance. The new green board-slash-boat proved to be more stable. Cholula romped on the shore, enjoying her first day back in the water since her no-puppy surgery. 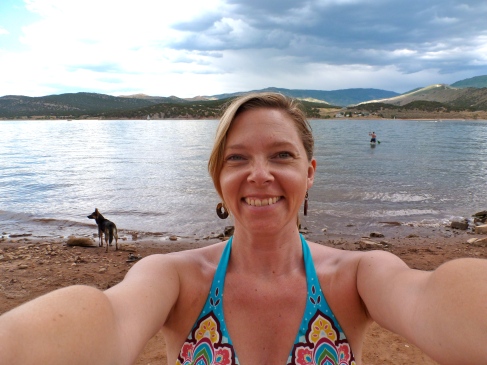 I gave it a go on my new board. I could tell it wasn’t impossible to flip while using this board (as we’d heard), but I stayed upright, even as the first significant raindrops started to fall. 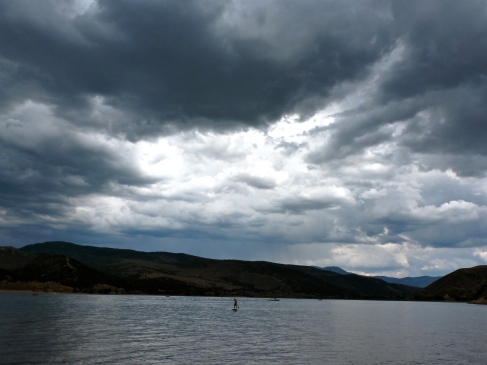 John took the new board out for a spin, confident the rain was a teeny passing cloud. Matt joined him on the water. By the time they got back to shore, it was clear we were forcing the issue. But it wasn’t until a loud clap of thunder shocked us into reality that we decided to pack it in and head out. The photos don’t show it well, but it started to rain pretty hard. 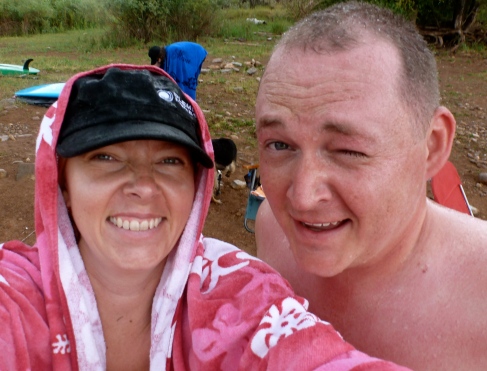 Cholula and I tried to dry off in the truck while the boys strapped on the boards. We commented that as soon as we got packed up, the skies would probably clear. 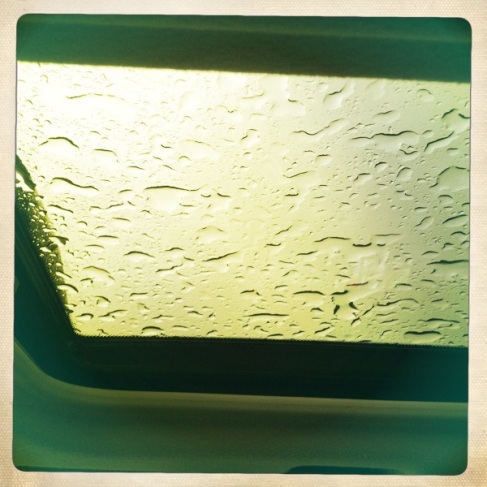 No sun through the sunroof!

Our day at the lake was a blast, despite ending earlier than we had hoped. Short but sweet. We had been in search of an adventure, and we got one! So what did we do?

We headed home for happy hour, of course.