But I was definitely not a bad shot.

John took me target shooting today. There’s a range just down the highway from our neighborhood, tucked back into the rolling green hills. I grew up target shooting with my family, setting up tin cans on old stumps. Here I am with my brother, circa 1992. (My ‘grunge’ period can be identified by the fact that I am wearing my dad’s flannel shirt. I’m so cool.)

We were taught how to be safe around firearms, but I’ll admit I was apprehensive today. I’d never shot a handgun. I’d also never been to an official shooting range. But I know that John is extremely serious about safety, so off we went!

We tried to go to the range the other day. Before we left, John showed me the basics of his handgun, and we had plenty of ear protection. 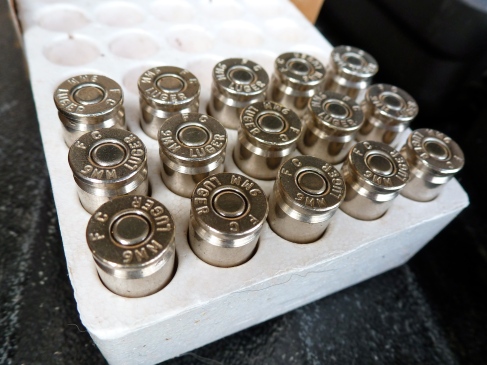 Unfortunately, the local police department were training that day, so we were turned around. (We were smart enough to call ahead this time.) It’s an outdoor range, and is quite a lovely setting, aside from the POW! POW! POW! that required that we don the ‘earmuffs’ as soon as we got out of the truck. After we signed in, John gave me the lay of the land. There were multiple areas, close range and longer distances. I was interested to see all sorts of people out shooting guns on a Sunday afternoon- couples like us, older men who looked like game hunters, a father and son. The manager was a really friendly guy, but matter-of-fact when it came to the rules and safe practices. I felt more at ease. During a ‘cease fire’ period, John put up our targets and then showed me how it’s done. 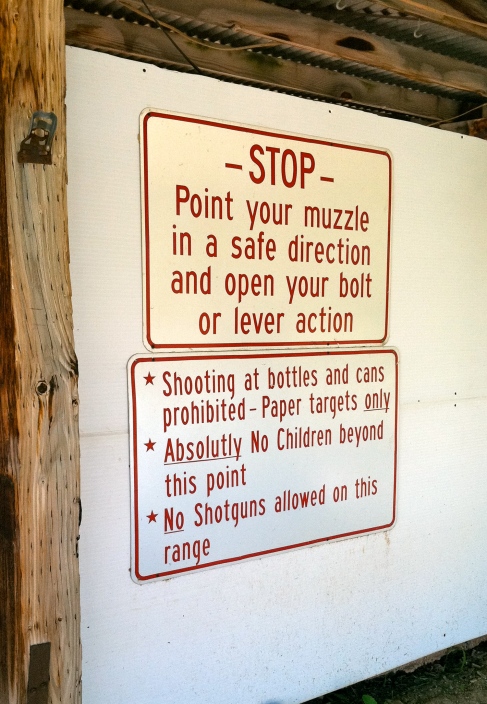 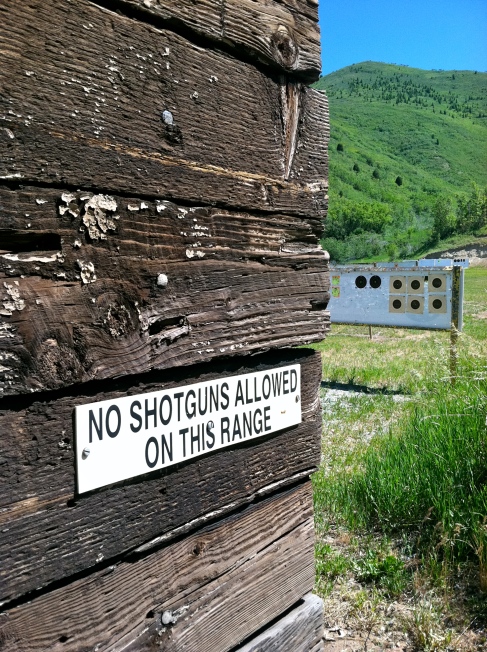 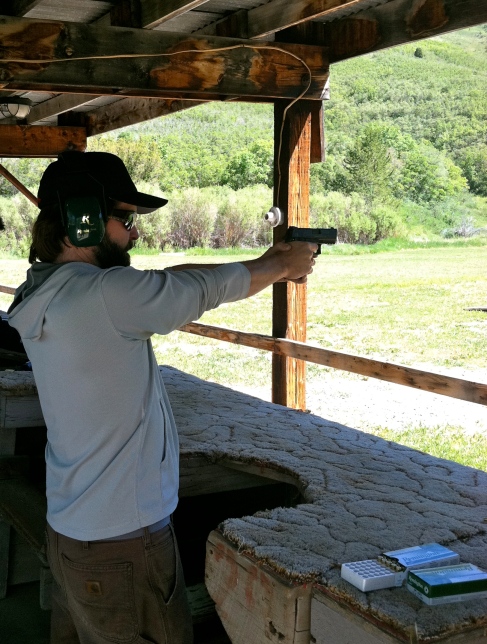 Now, I know I may be a girl, but I’ve been known to surprise people with my aim. I even shot a little better than John over Thanksgiving on a skeet-shooting course. (One time, beginner’s luck, but I like reminding him.) Once I learned how the gun worked, I was anxious to give it a try. 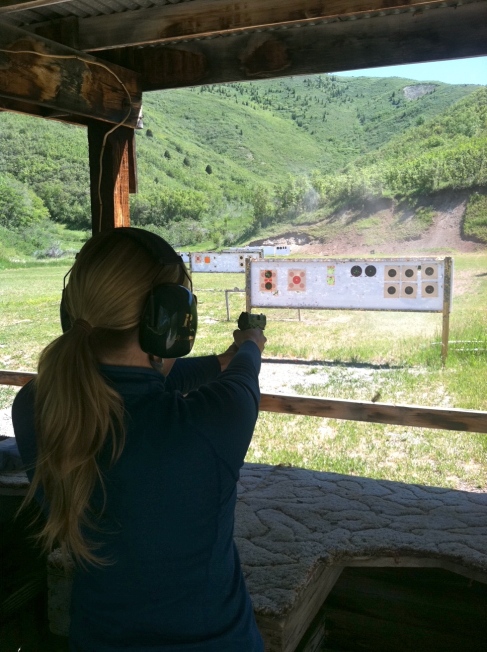 (I wish I had a photo of my face. I unintentionally make a scrunched-up TOUGH GIRL face when I shoot.)

After four turns of 15 shots each turn, I was done. It’s kind of cool to see the target papers and see how I did. Some  of the times, my shots actually landed mostly in the black! High five!

It was actually really fun, and I’m looking forward to improving my skills at the range again sometime soon. I also feel my competitive nature starting to stir.

I’d just love to see the look on John’s face when I shoot better than he does one day.