One of our favorite things to do around Christmastime is head to the Park City Nursery for our Christmas tree. It’s pretty magical, with twinkling lights everywhere, trees of all shapes and sizes, warm drinks, and Santa’s workshop full of unique and beautiful holiday décor. We’ve loved buying our tree here year after year!

This year, we plan to have a smaller Christmas tree on a table for various reasons (Toddlerland being one of them!). We weren’t quite ready to set up our tree, but ventured to the nursery anyway to pick up a couple of their gorgeous fresh cut wreaths. Oden joined us at the nursery last year as a baby, but he had no idea what he was about to experience this year…and neither did we!

We’d been to the nursery a few times recently to visit the pumpkin patch and haunted forest. It’s under new ownership this year and they seem to be changing things up to attract more families. I’d read that they were doing another holiday-themed thing with a Christmas tree walk with nativity animals or something. I envisioned plastic light-up sheep and a store-bought, kind of like the haunted forest’s blow-up dragon, and thought Oden would be entertained. The first thing we visited when we came in from a side entrance was a digger (Oden’s favorite right now), so already the evening was a WIN for him! 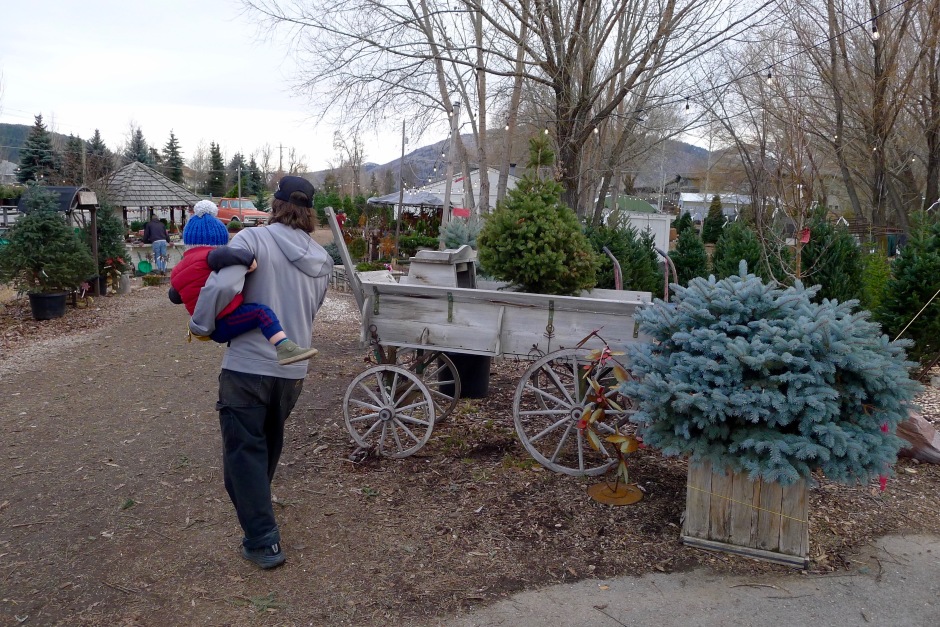 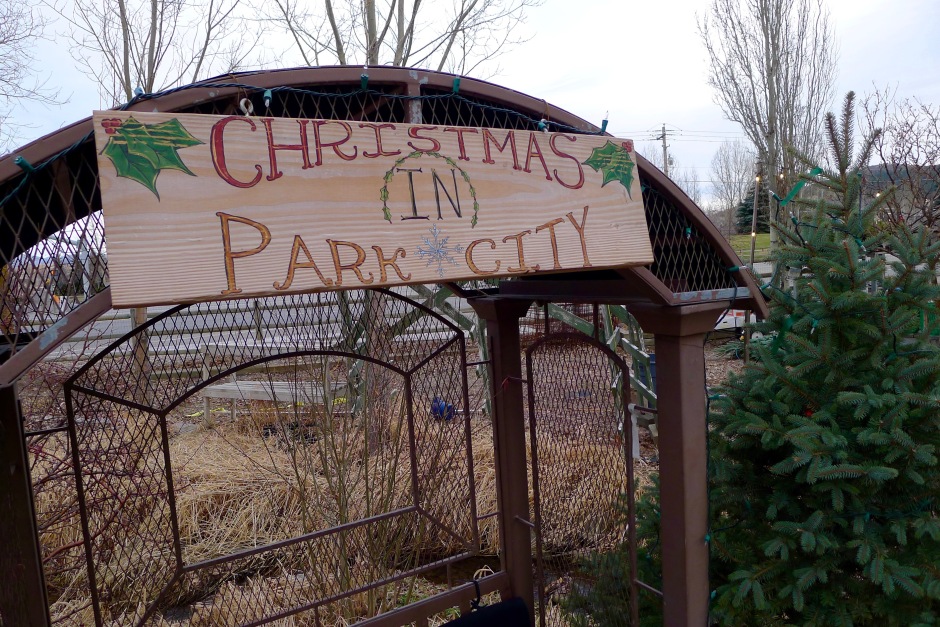 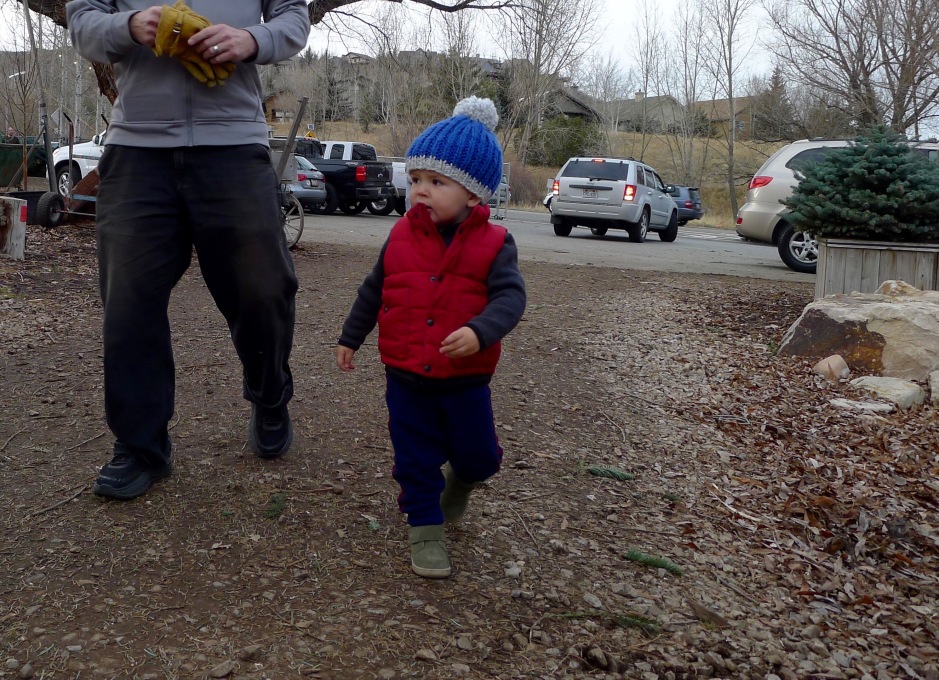 I’m learning that trying to control a toddler is futile. You simply follow him around, let him explore, and keep him safe while he learns about his world. Oden wanted to walk everywhere on his own, so he sort of led the charge. We checked out the little creek and stopped for a few photos on the sweet vintage Chevy truck they have at the lot. 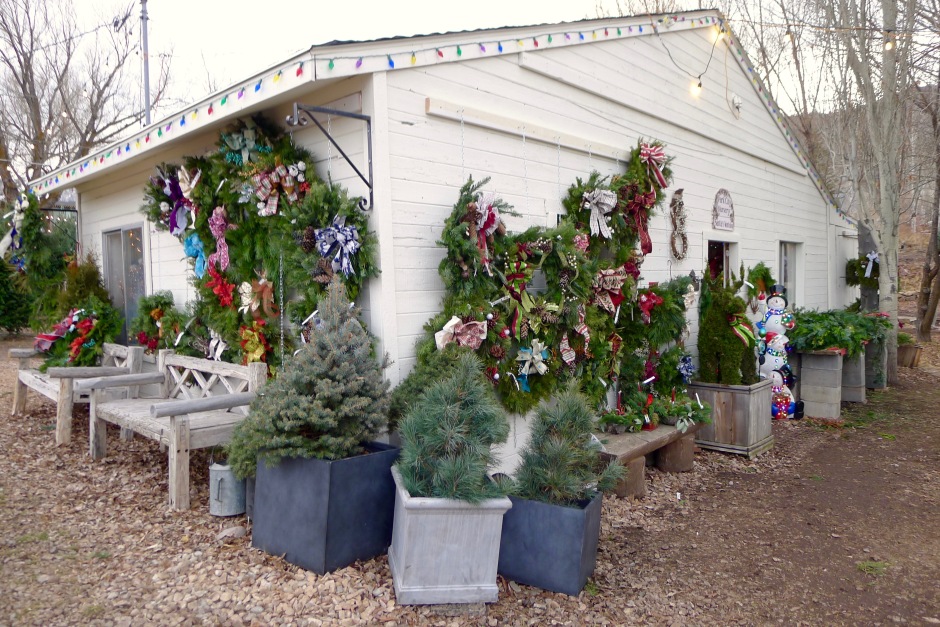 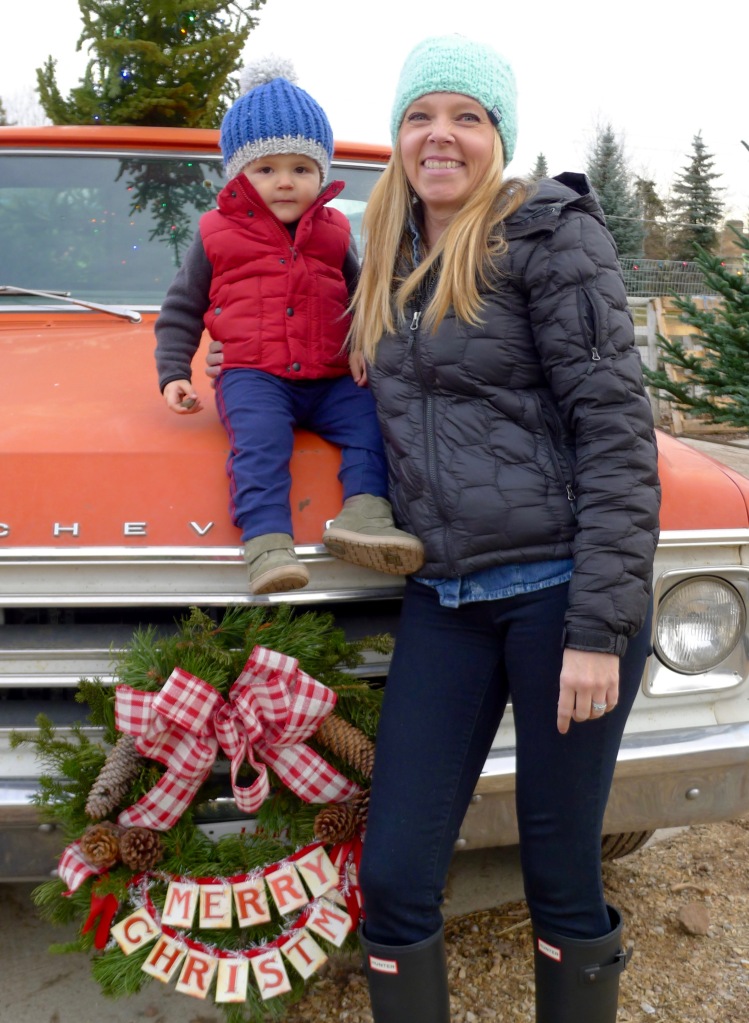 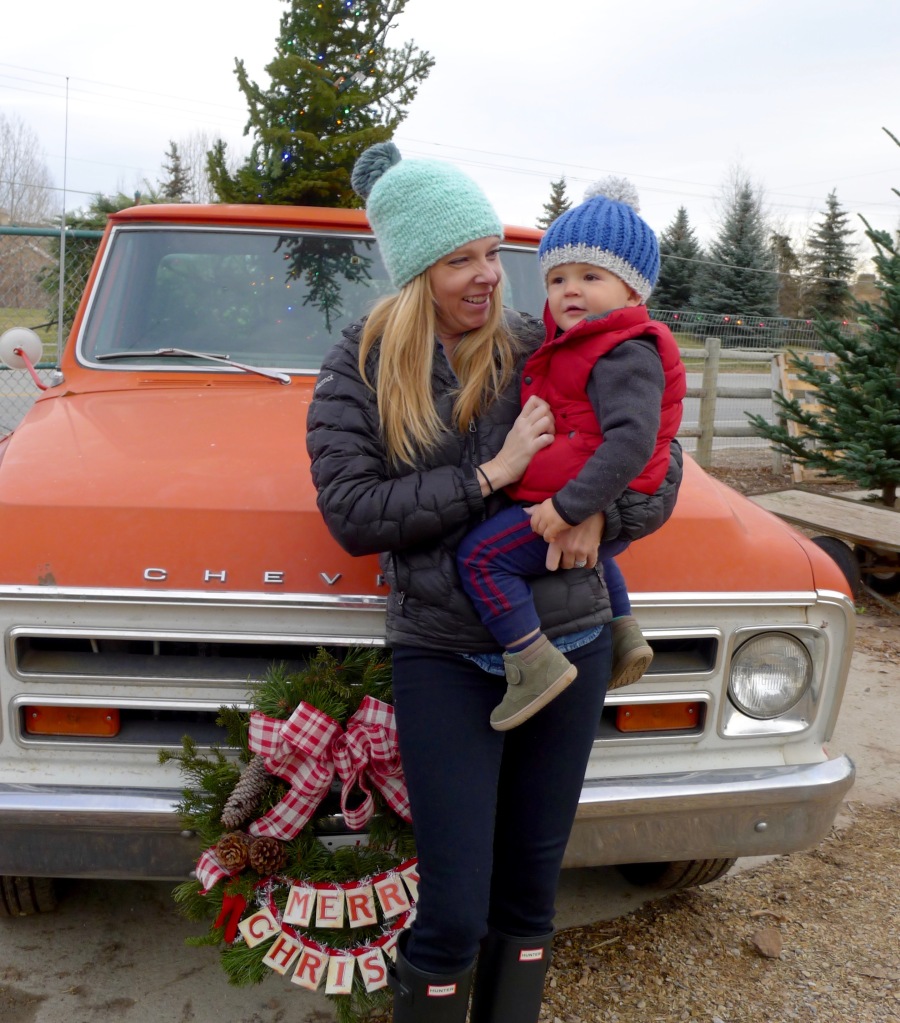 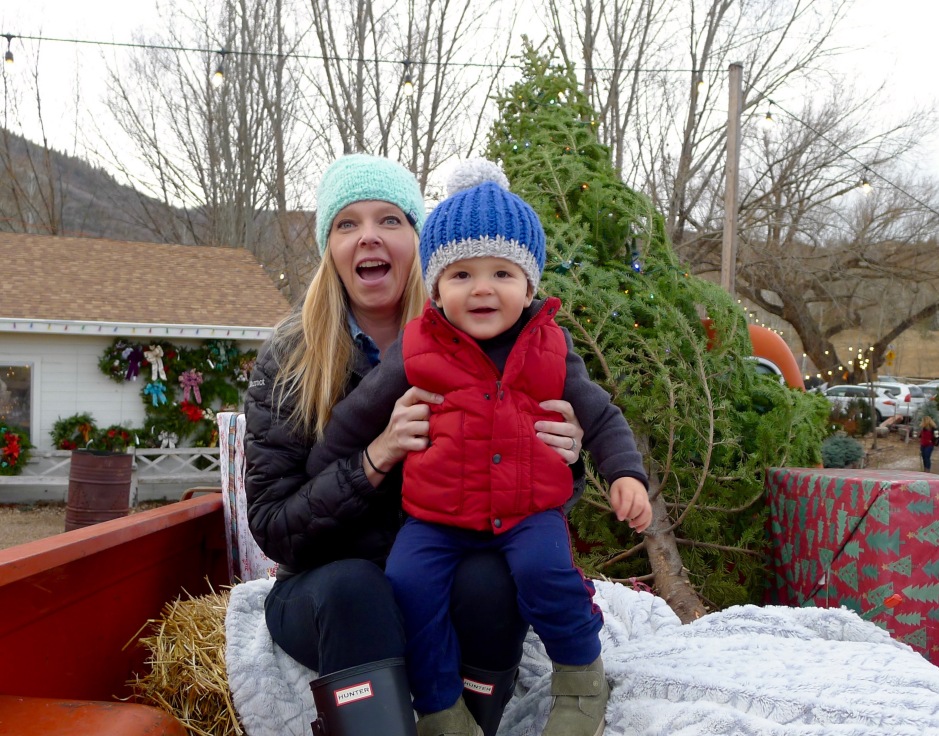 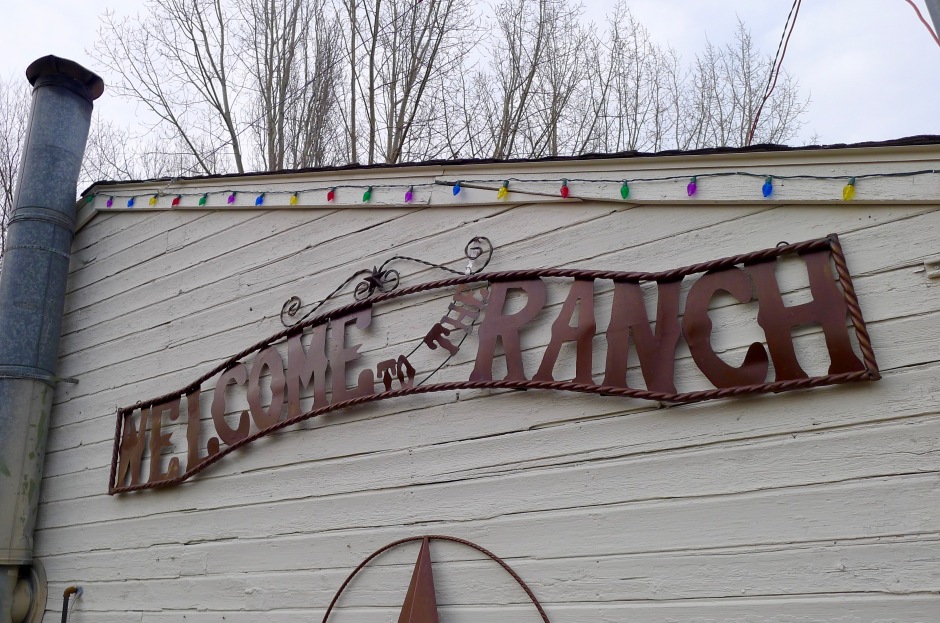 It was about that time that one of the employees greeted us and asked if we were going to visit the animals. I said yes, and asked if we entered the Christmas tree walk in the same area as the Halloween haunted forest. He said no and pointed: “The animals are just down there.” I made a comment about plastic farm animals and he gave me this look, like, “Lady, you are in for a surprise…” We looked back and saw that these were live animals! I got my camera out quickly, knowing Oden would be overwhelmed and excited. As we approached, we saw little goats and a tiny alpaca. Next, we saw a donkey. A couple of sheep gave us dirty looks. And there, in the middle of Park City Nursery, was a camel. A CAMEL. John and I were just as shocked as Oden! 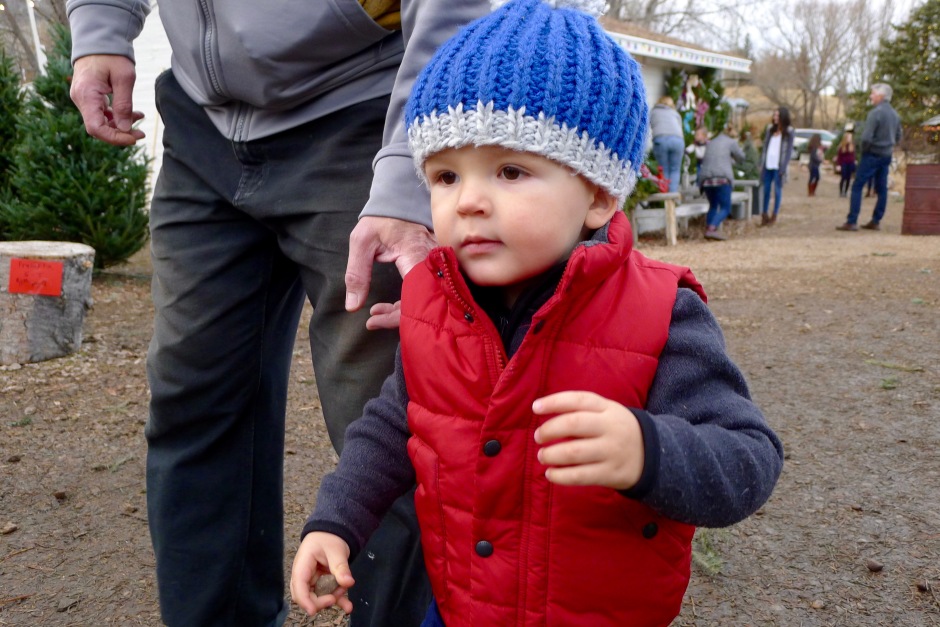 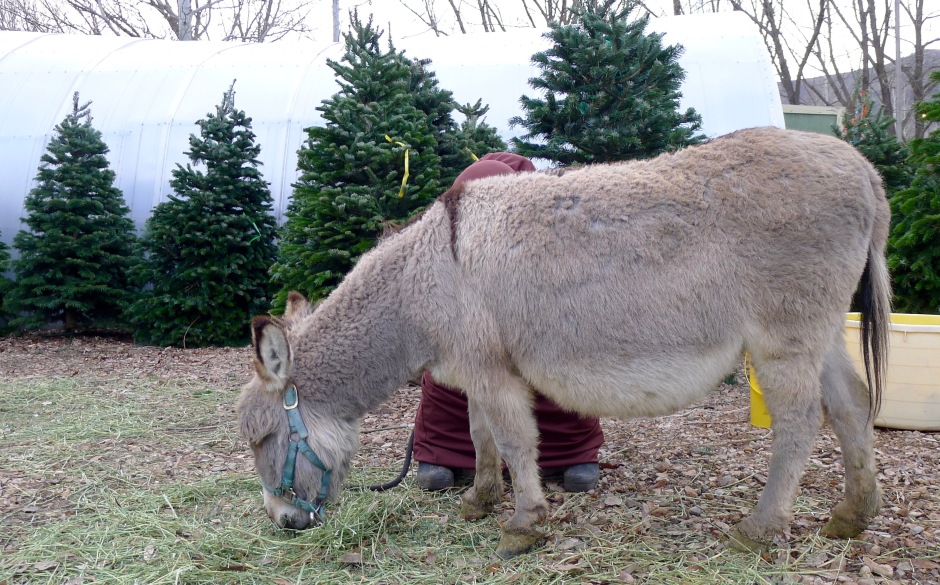 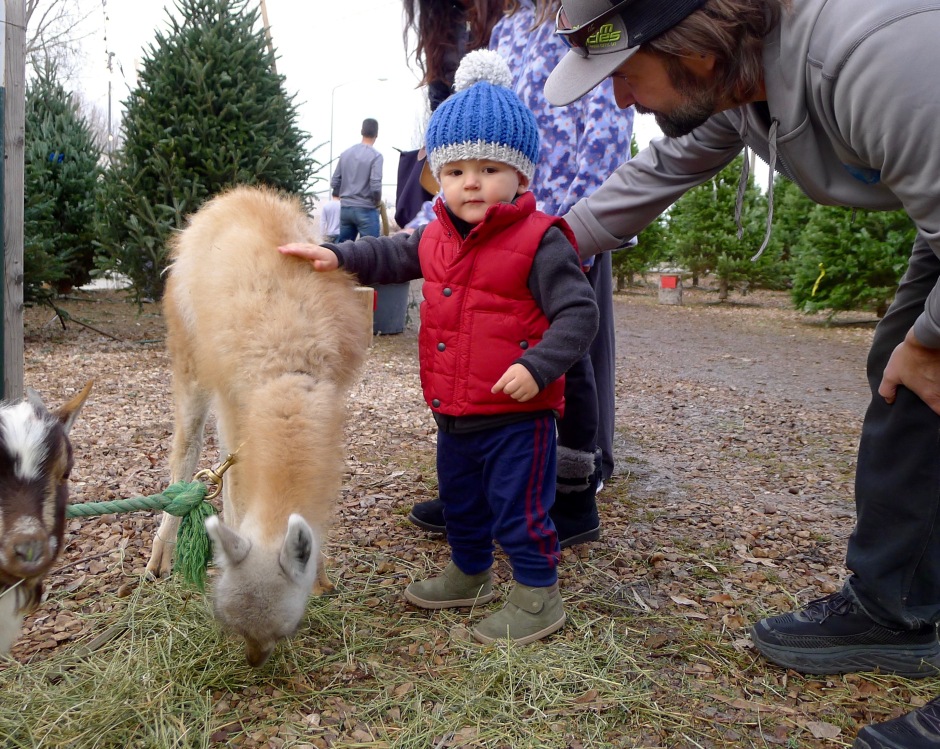 Once he realized we were there with him and he was safe, Oden couldn’t get enough of petting the goats and alpaca (probably because they were little and not too intimidating). He yelled, “BAAAAA!” at the sheep one too many times and kept one wary eye on that camel the whole time. We’d gotten to the nursery before the crowd, but there were suddenly a lot of kids and parents milling about. Oden was distracted by the guys with chainsaws who were trimming Christmas tree trunks, so we took a break from the animals and walked around. 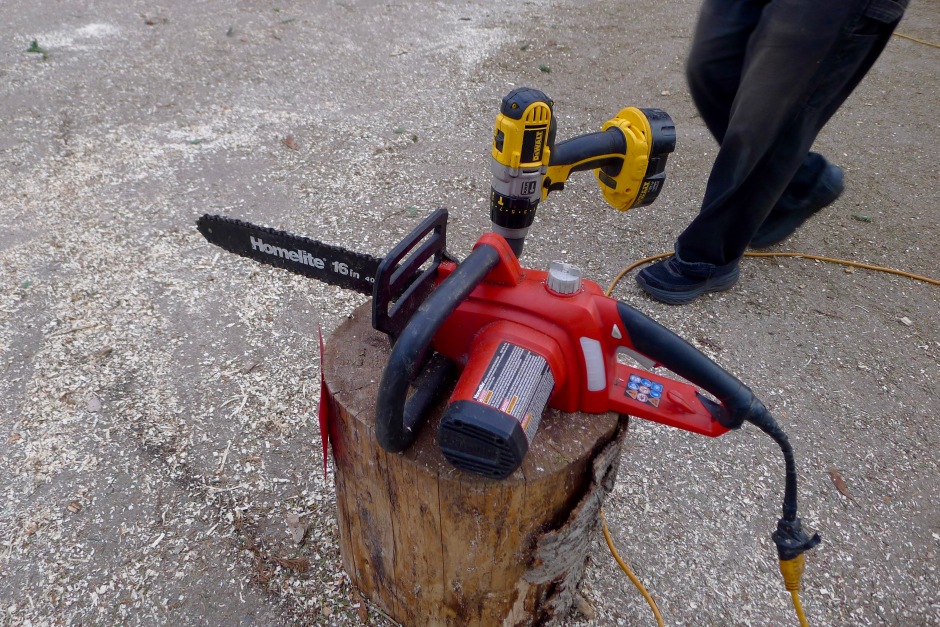 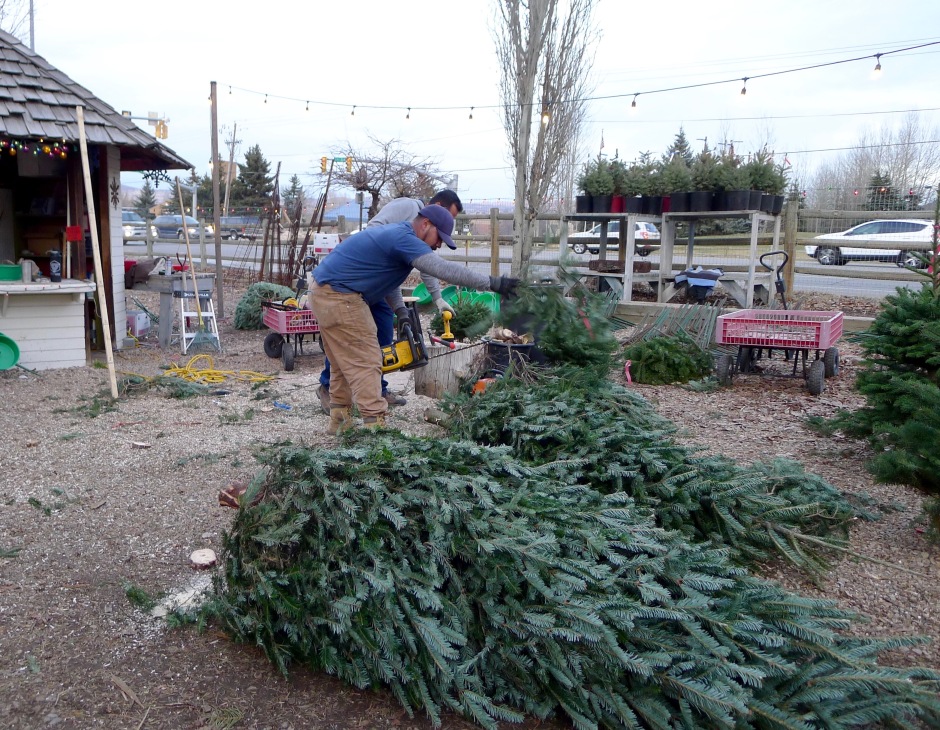 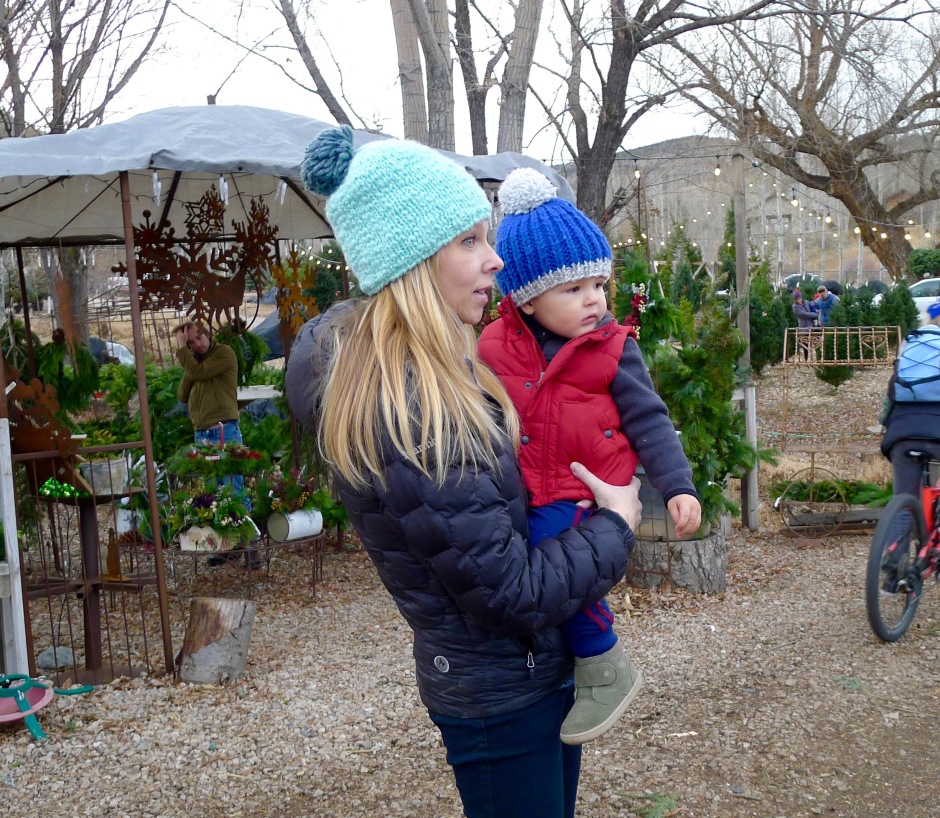 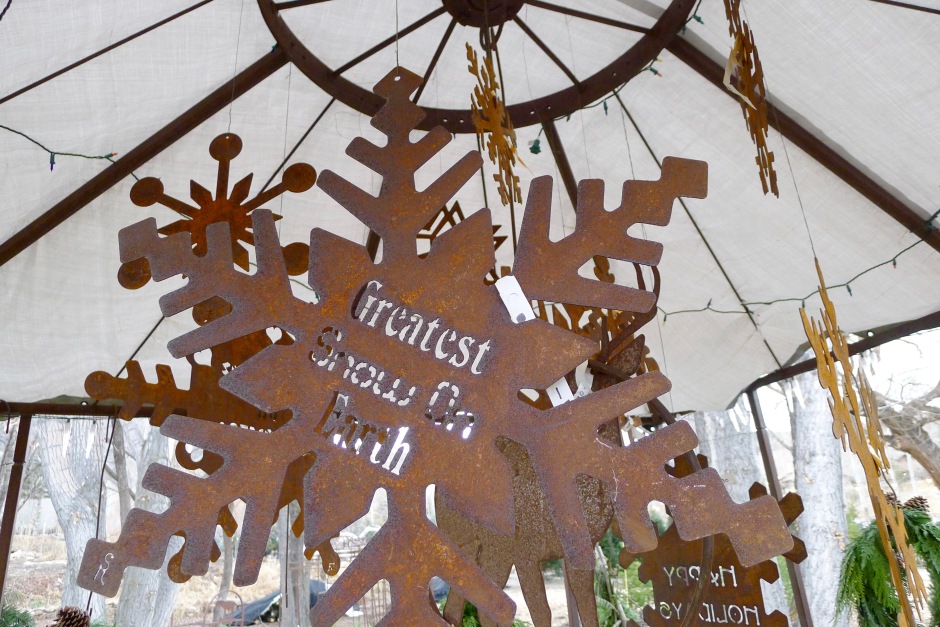 After we watched the men with the chainsaws for a while, John showed Oden that the trees smelled yummy, so he walked around smelling the mini trees. His little scrunched nose is so cute! I remembered him as a baby in that patch of mini trees and marveled at how much can change in a year. 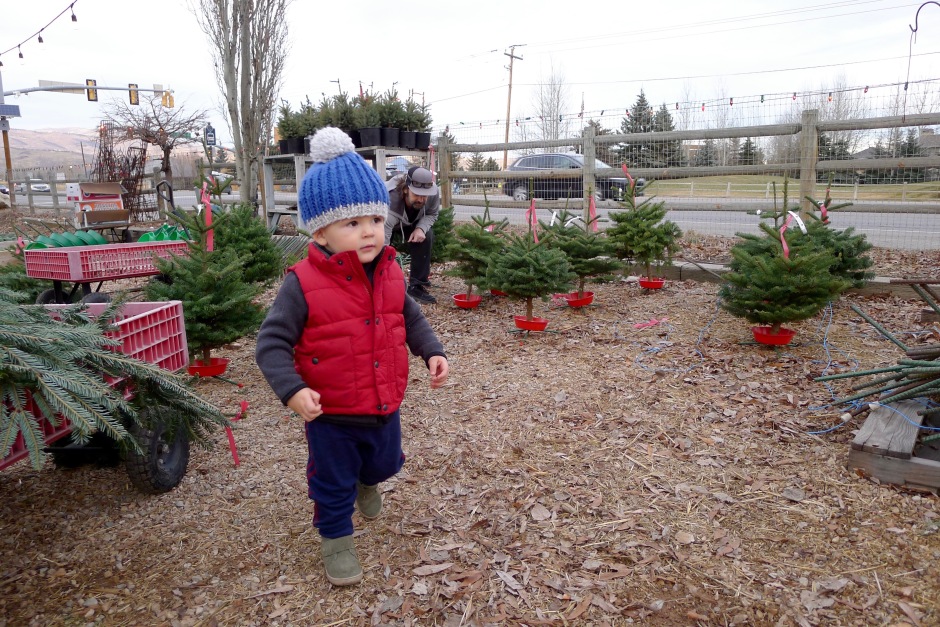 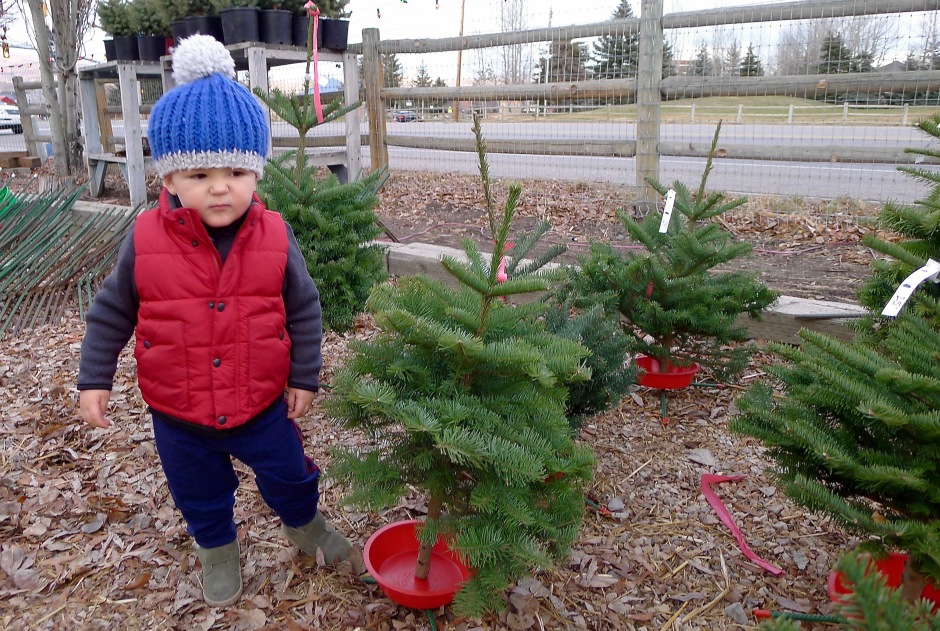 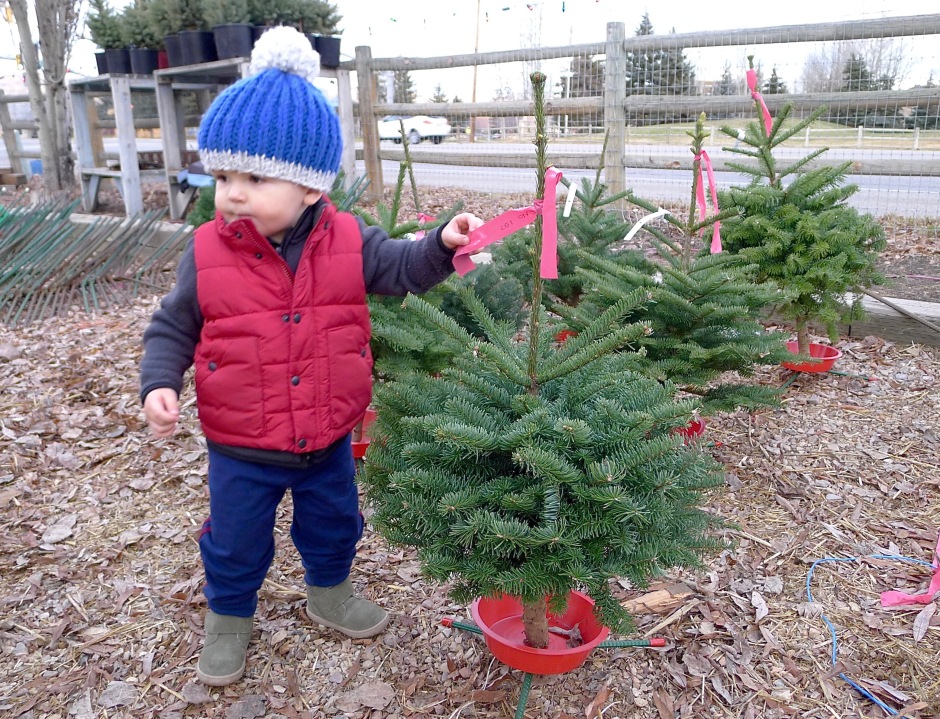 Here he is one year ago! 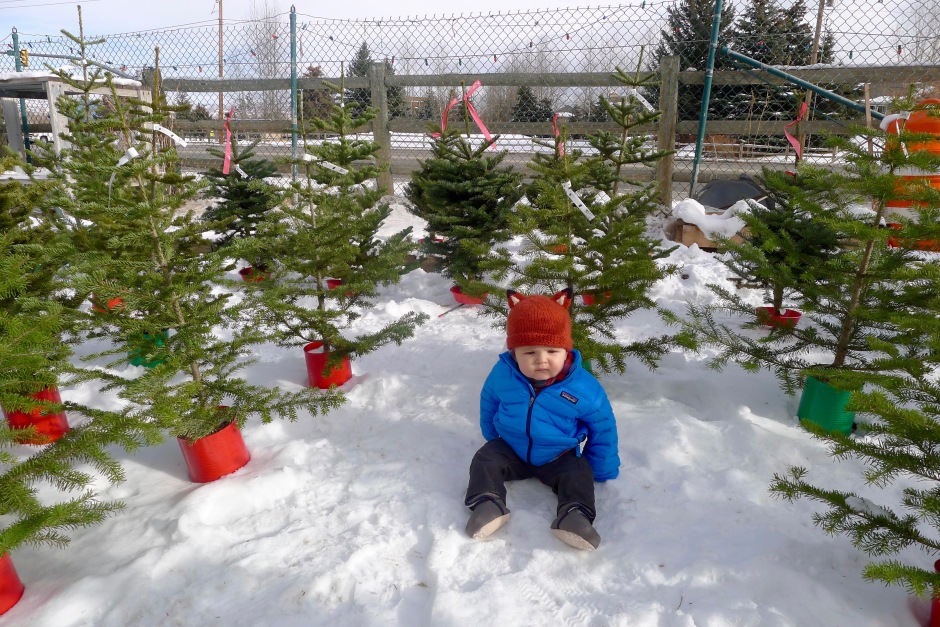 We poked our heads into Santa’s workshop before John and Oden went back to the animals. I picked out our wreaths before joining them. After being wary of it the whole evening, I finally got Oden to say hi to the camel, who we learned is named Merlin. 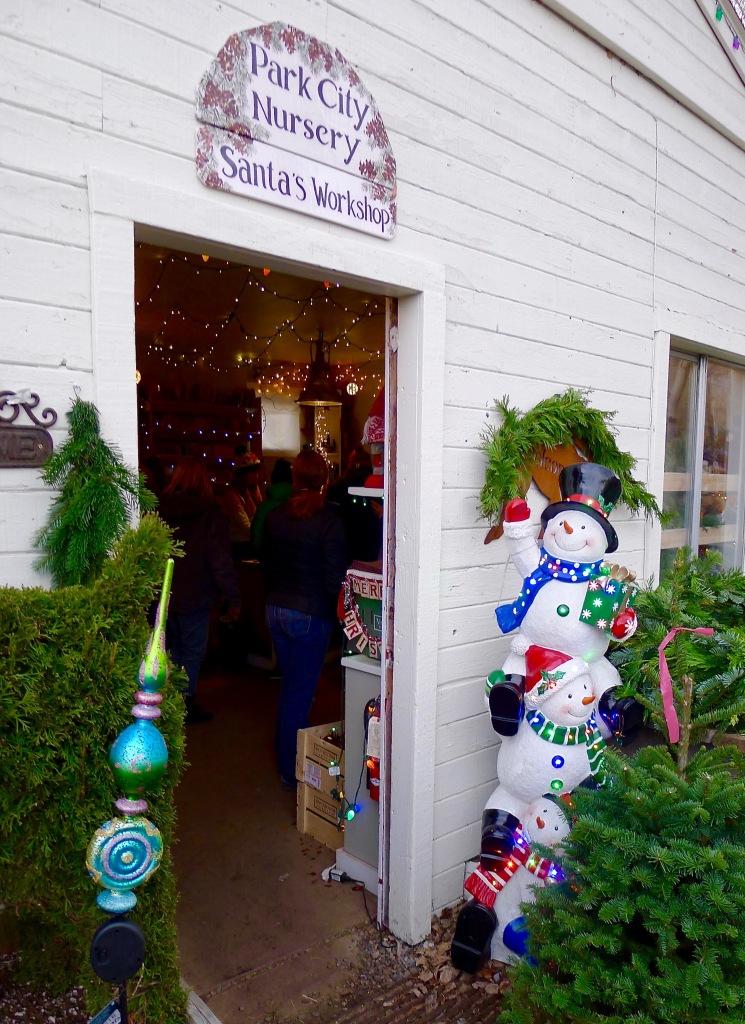 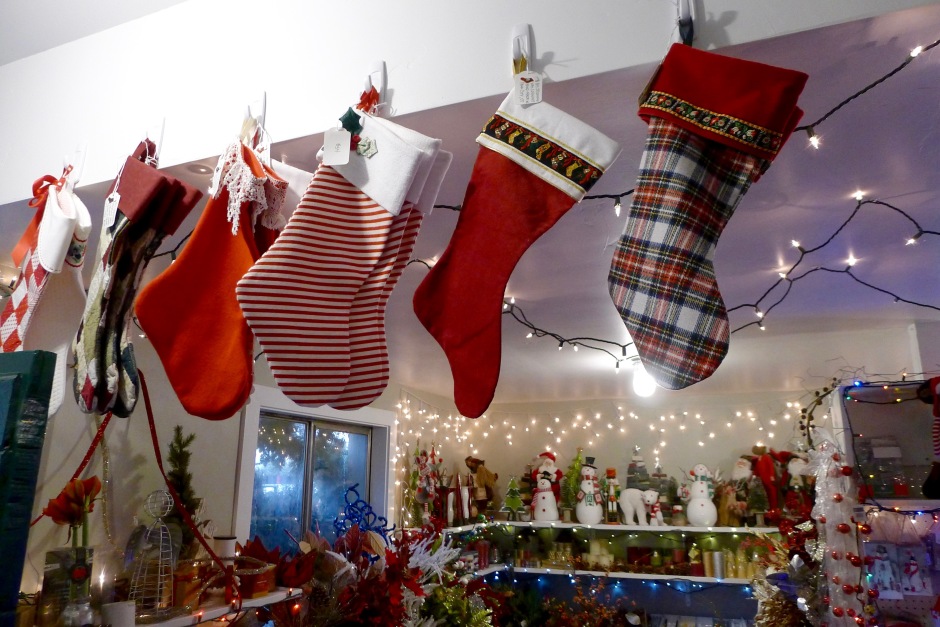 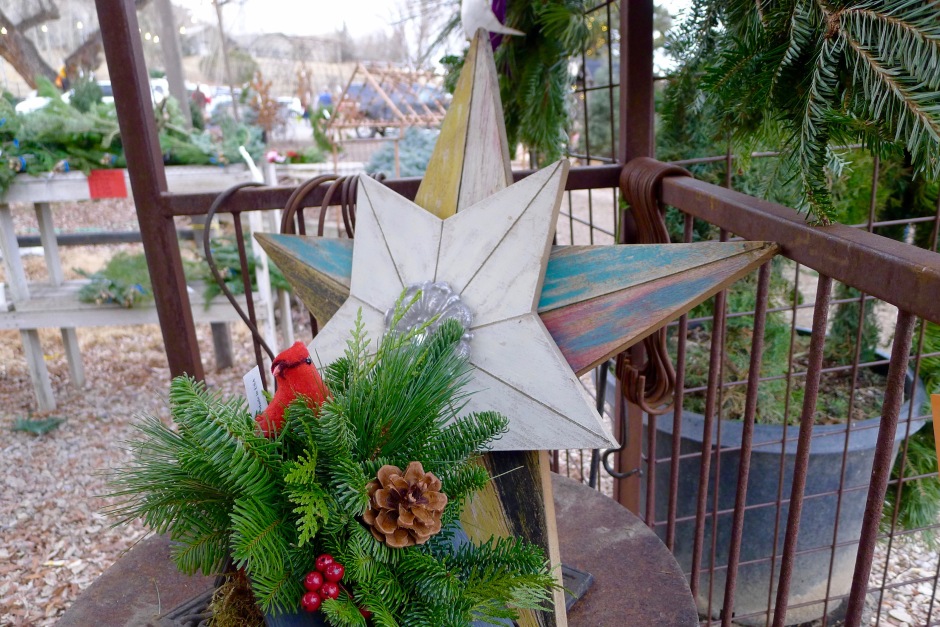 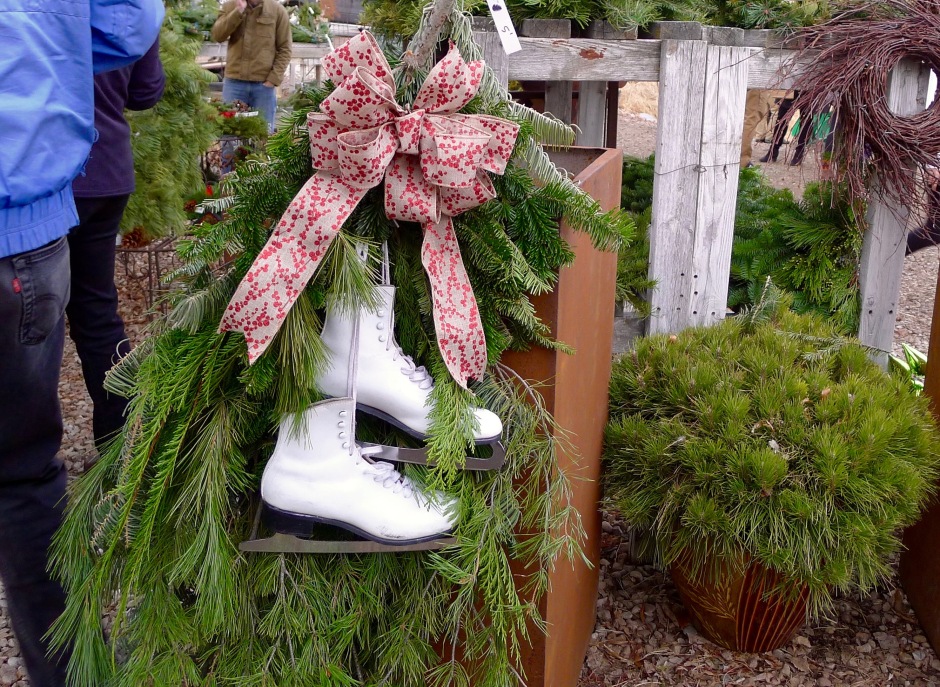 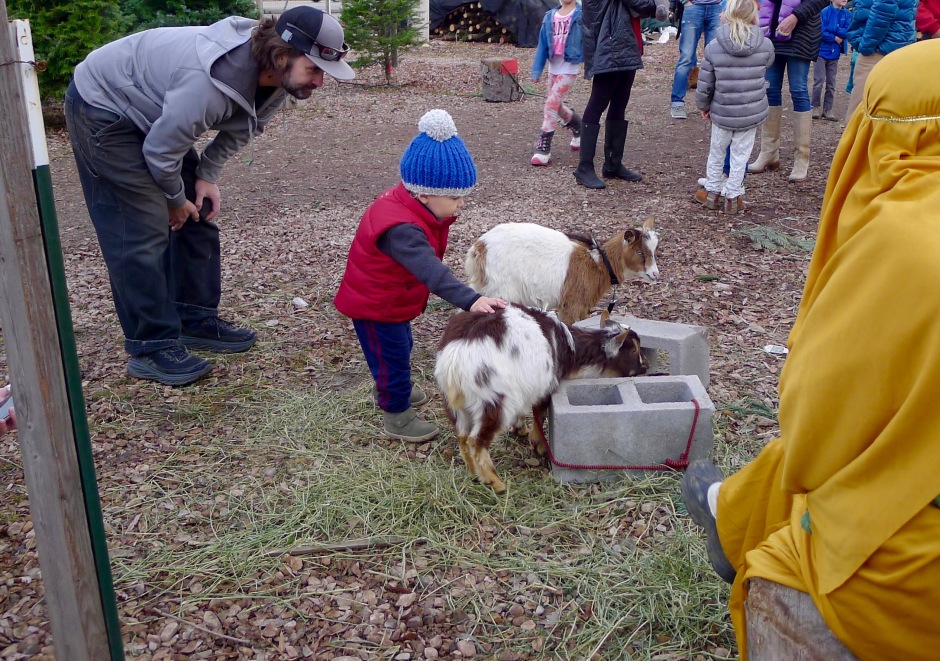 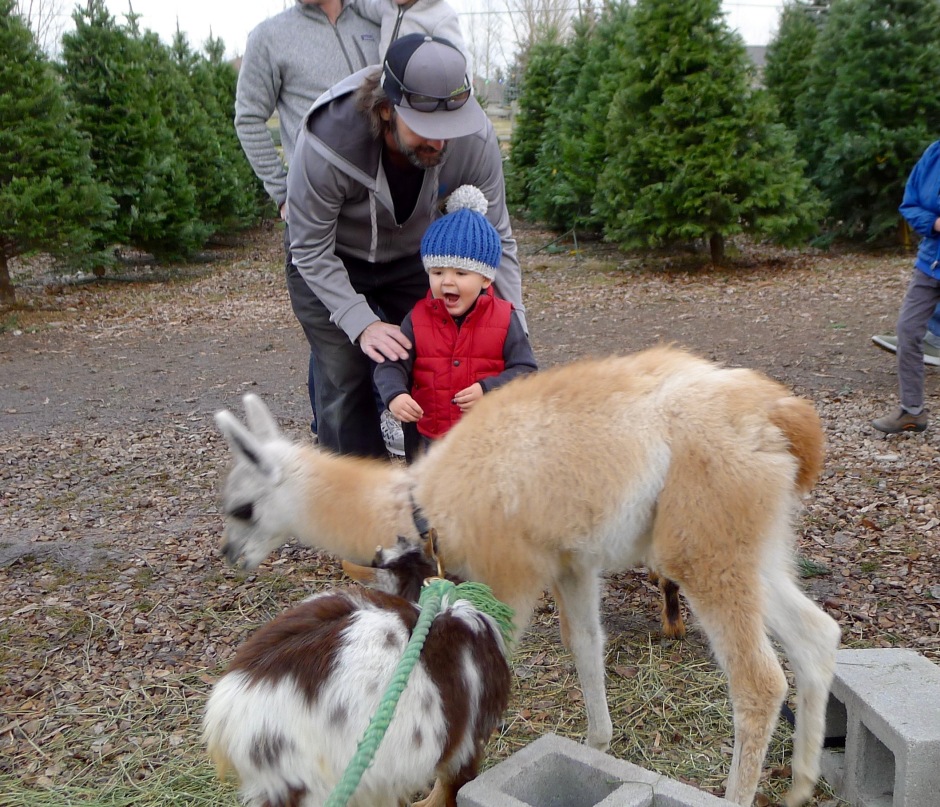 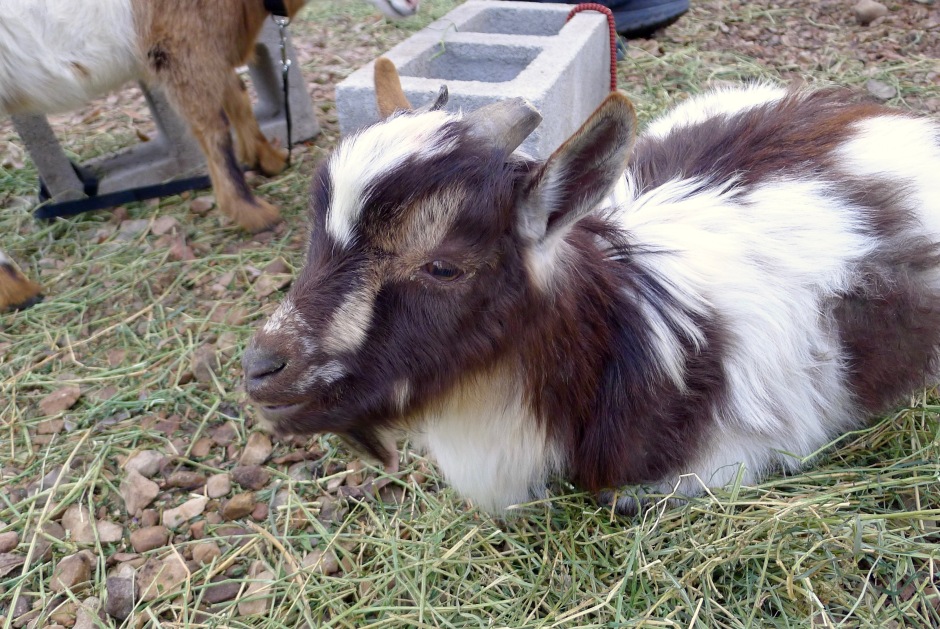 As Oden’s dinnertime approached, we snuck out the back way, saying hi to the digger again and watching the twinkle lights come on at dusk over the trees. I laughed at the surprise of the animals. Was it a nativity scene? No. There was no baby Jesus or wise men or manger. It was basically a petting zoo, and truthfully, it was stinky! But my goal this month is to make memories with my family, and I won’t forget that twinkle in Oden’s eyes. 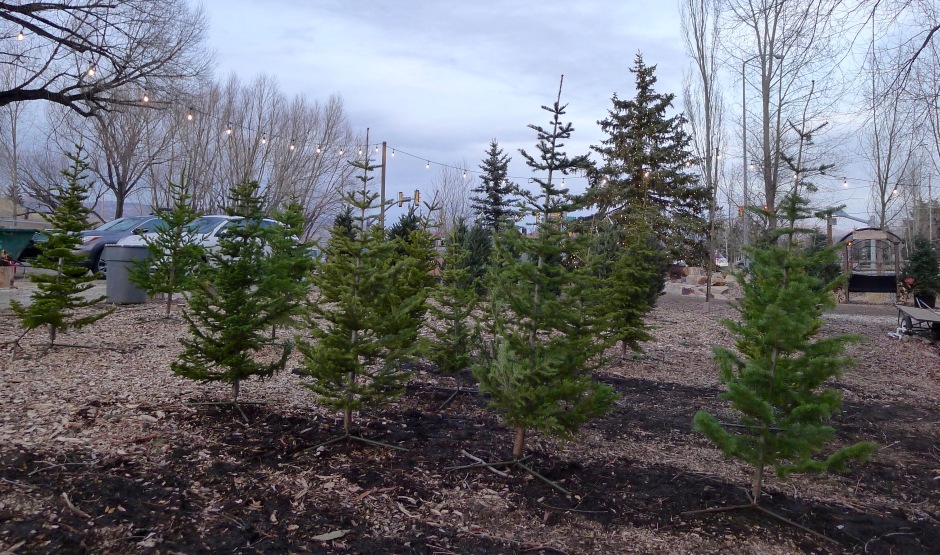 Oden said, “Bye-eeeee!” ten times to the trees and animals as we drove away from the nursery. His little voice is just precious right now as he learns to talk! We drove home, wreaths tucked in the trunk, humming along to Christmas songs and looking at neighborhood lights. The sunset was particularly beautiful and there was a sense of contentment when we got home. 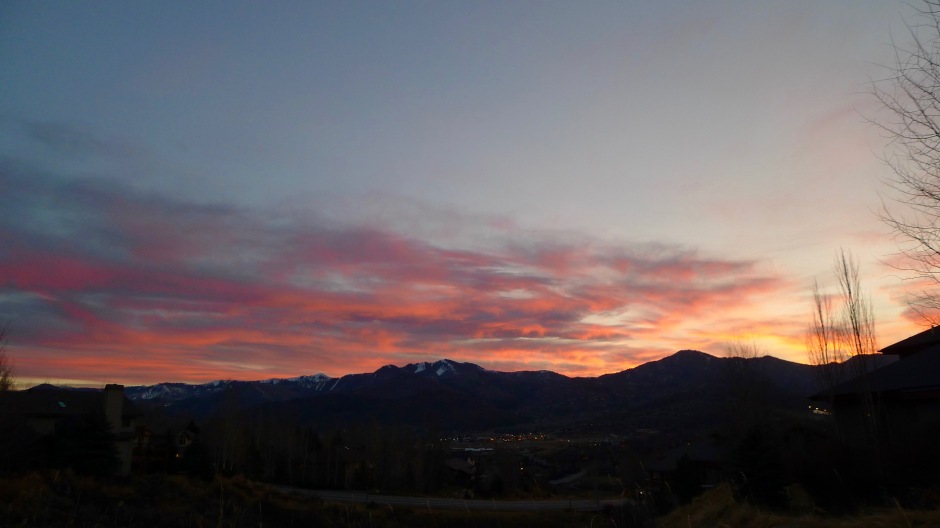 We’ll be back to the lot at least once this year to pick up our tree, so we might actually visit those animals again before Christmas. We name our trees each year and I think this year’s tree will just have to be named Merlin. What fun. If this season is going to feel like this, bring it on! Cheers to making holiday memories (and to Merlin, the camel).