When we moved away from my childhood home in California in 1993, I probably cried hardest about leaving Amanda. At that point, we’d been attached at the hip for 9 years and it seemed impossible to live happily so far away from each other. Thankfully, our friendship has withstood the test of time and distance and we have remained sister-close, all these years. We’ve shared each others’ milestones- marriages, her babies- and when it was finally time to celebrate my first baby’s impending arrival, Amanda was front and center to help plan the shindig. She flew here just a few months later to meet her new nephew (love at first sight on both sides).

That was over a year ago. It’s not uncommon for us to go a long time between in-person visits, but it felt too long this time. After a long and difficult winter, I needed a break and a change of scenery, and a family vacation wasn’t in the cards right now because of John’s hectic work schedule. So we decided that Mr. Oden and I would take a mommy-son vacation together to visit Amanda, who we have lovingly begun calling Auntie BaBa. One of the ways we keep in touch is to send videos to each other on our phones. On one of them, Amanda was imitating a sound Oden was making a lot at the time: Ba-ba-ba-ba-ba. Somehow, he connected Amanda saying the sound and would say ba-ba-ba-ba whenever I showed him one of Amanda’s videos. I guess that’s how nicknames come about, because now she’s Auntie BaBa!

I’d by lying if I said I wasn’t completely stressed out about traveling alone with Oden. He’s a big baby. He’s a loud baby. He’s a strong-willed baby. He needs gear- a car seat, a stroller- and it felt overwhelming to juggle all of his stuff, a suitcase, a diaper bag, and HIM by myself. But as I got used to the idea, things fell into place. The tickets were cheap, and since I’d have to pay to check both a bag and the car seat, we decided to splurge on a first class ticket for extra space (the voided baggage fees balanced out the cost!). John would drop me off and help me check the bags, and Amanda would be waiting for me at Baggage Claim in LA. I would just have to handle myself, Oden, my carry-on and his diaper bag, and his stroller (which I would check at the gate). The flight was less than two hours. It wasn’t going to get any easier than this!

As with most “firsts” as a mom, I freaked myself out about the situation for nothing. I’m happy to say that the flight to California was mostly incident-free. One lesson I learned was not to choose the bulkhead seat. I didn’t have the seat pockets in front of me to stash any of the toddler distractions I’d been concocting for weeks, or my bag (full of snacks, books, more distractions) at my feet. I basically distracted Oden with videos on my phone using his little earphones for the whole flight. As we were descending, I felt a familiar and unwelcome warmth spreading on my lap: Oden’s diaper had leaked and we were now both covered in pee. Amanda just laughed as I walked into baggage claim with wet pants and I wished I’d had a few more slugs from the mini bottle of wine the flight attendant had given me, but hey, we made it!

Unfortunately, it was rush hour and the traffic was bad. Oden was a smidge on the fussy side from no nap, but a minor miracle occurred: he fell asleep in his car seat. I hadn’t seen that happen since we had him in his tiny infant car seat! He caught a power nap while we made our way to Amanda’s new beautiful home (that she moved into almost two year ago but I had never seen). When we got there, we were greeted by all sorts of thoughtful touches welcoming us- diapers and wipes, a big bouquet of flowers, some of the girls’ old baby books, a drawing from Elise, even a swimsuit for Oden to use in their new pool! 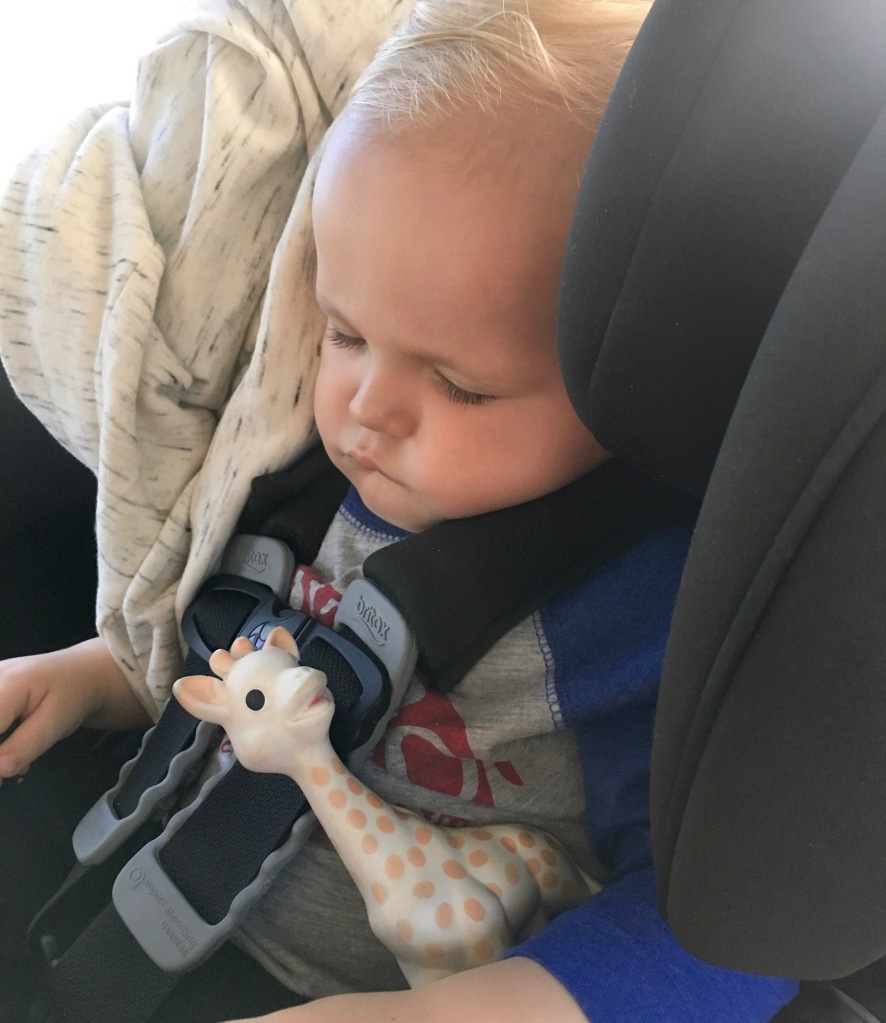 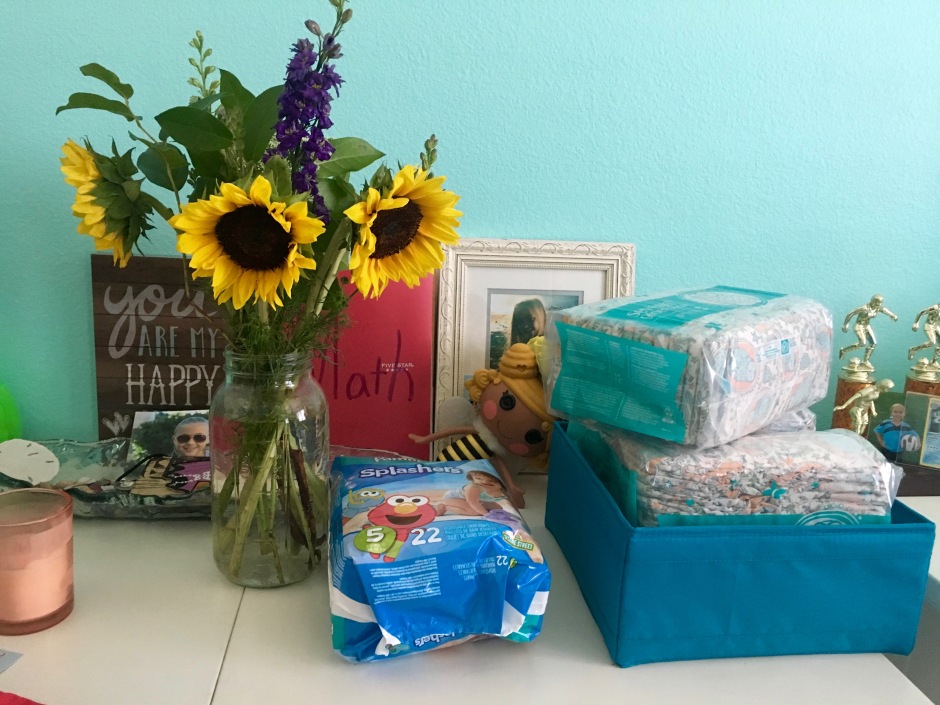 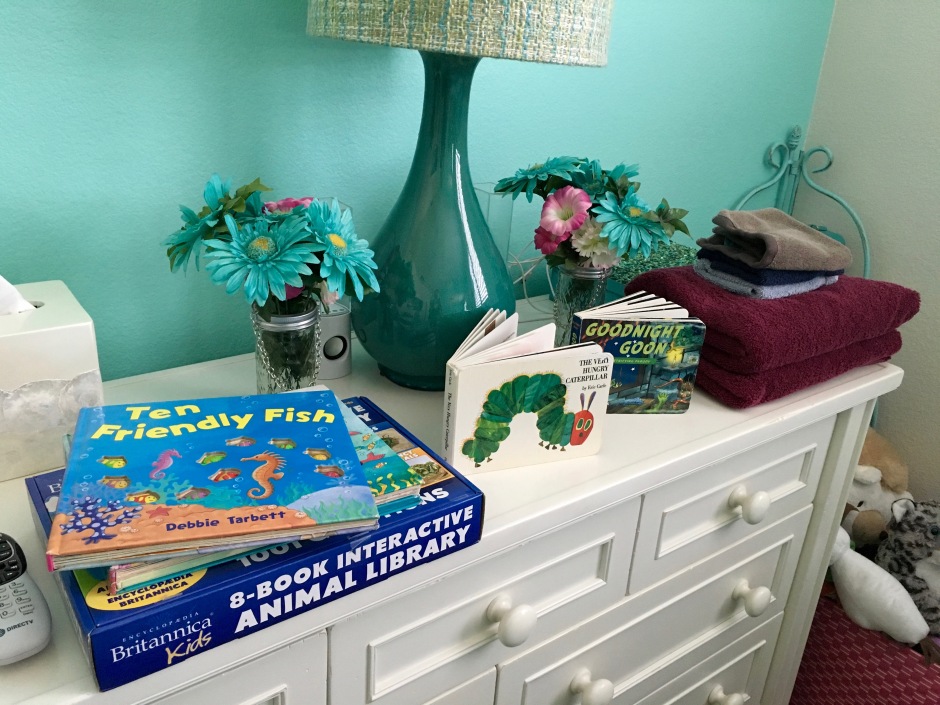 We had a bit of time before Amanda’s daughters, Isabella and Elise, and husband, Marco, made it home. Oden just soaked in the Auntie time- it was almost like he couldn’t believe that he was seeing Auntie BaBa after all of the videos we’d watched! When the girls ran in, Oden was so excited! He wasn’t sure about Marco, but he’d warm up over the weekend. The girls entertained Oden and tired him out until bath time, which Amanda took over. I wasn’t sure how Oden would sleep in the pack-n-play in a new environment, especially with noise in the next room, but he slept well. Auntie was right back at it in the morning with story time, exploring the house and new toys with Oden, waving at all of the plants, and even letting him help her make waffles. Can this be my reality always? It was so awesome to be with my other half! 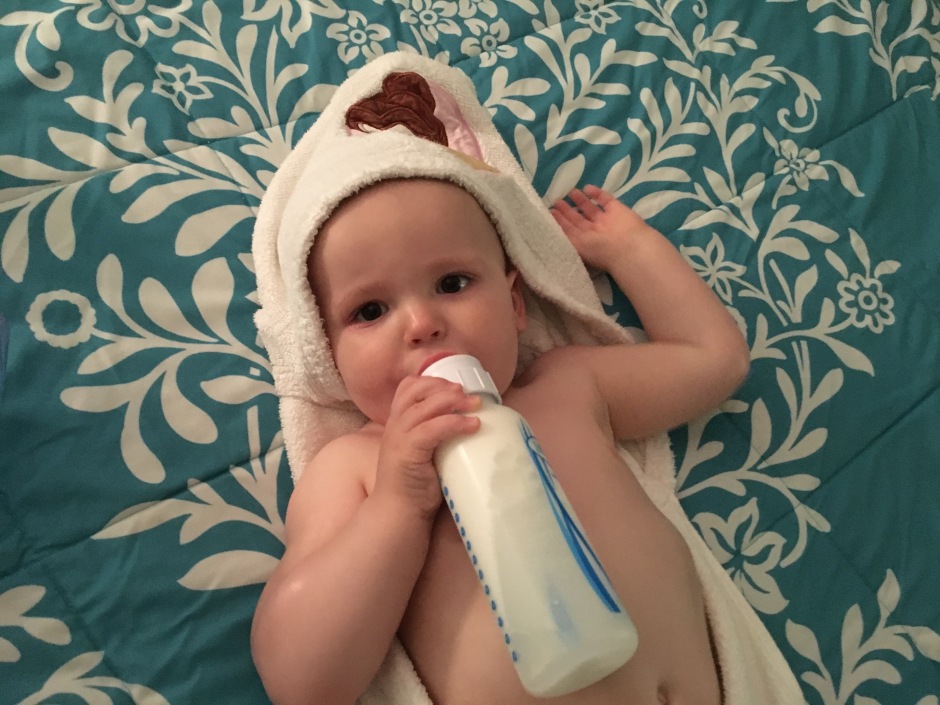 After the kids went to school, some of the Fab Five showed up to meet Oden! Erinn and Ame had waffles and mimosas with us while Oden napped and Ame’s youngest boy played with toys. (We missed Stacey.) When Oden woke up, he opened a gift from Ame and then we decided to head out for Mexican food and margaritas. Oden’s diaper failed me again and I didn’t have a spare pair of pants, so he hung out pants-free with the ladies. We had so much fun catching up that we didn’t get one photo together! Huge fail!

Amanda, Oden and I went to pick up Elise and had about an hour to kill before Isabella was done with school, so we headed to a nearby park for time on the swings and slide. So fun! When we all made it home again, Oden was again enthralled by the girls. It made it so obvious that we not only need more play dates with other little ones back home, but we need more kids! We spent some time in the Jacuzzi, which my little fish just loved, and I’m not sure anything in Oden’s life will top being swarmed by the three Taoatao girls in the hot tub! After Oden went to bed, Marco treated us to possibly the best steak I’ve had. Wow! I slept like a baby, too. 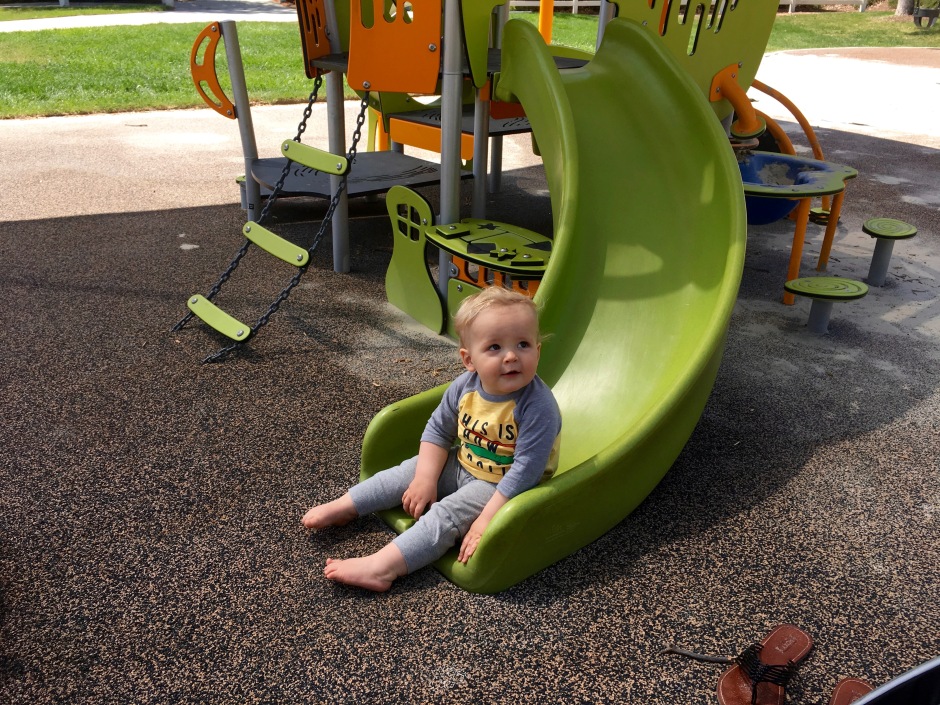 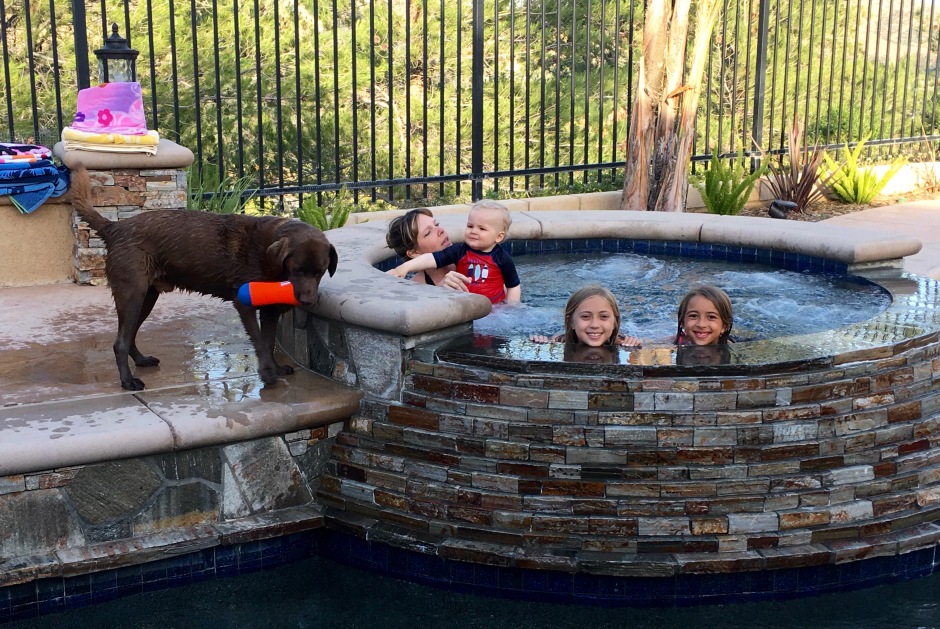 After Oden’s breakfast in the morning, Amanda and I took him over to Bridgeport Lake to walk along the gorgeous path by the water. The cottages were just beautiful and the gardens were so colorful! I was totally inspired and it made me anxious for sunny days In Utah. (John sent me this photo of Cholula in new snow…) 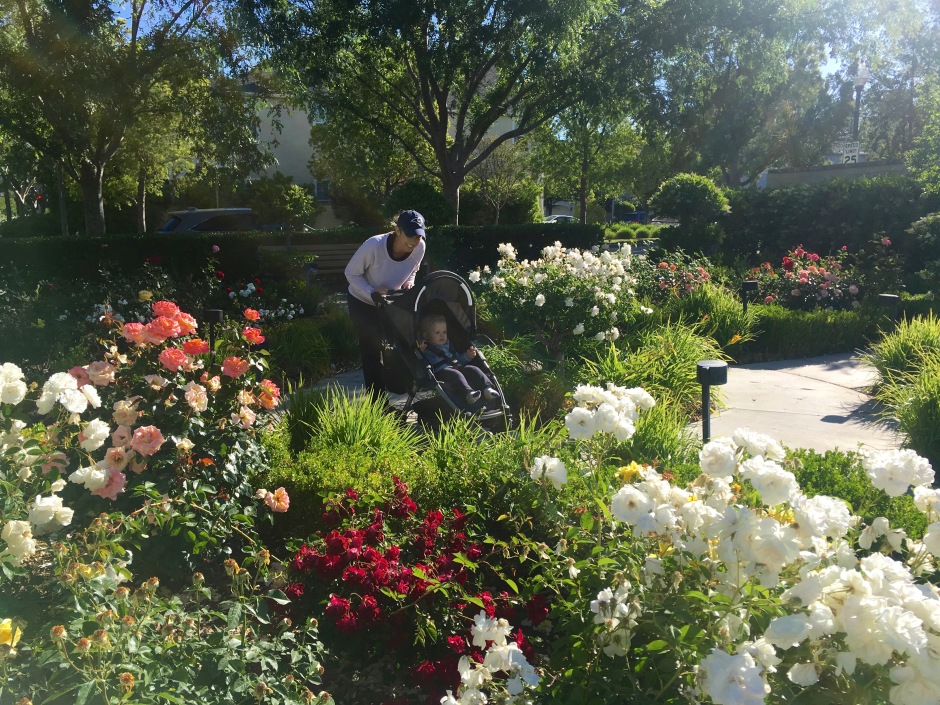 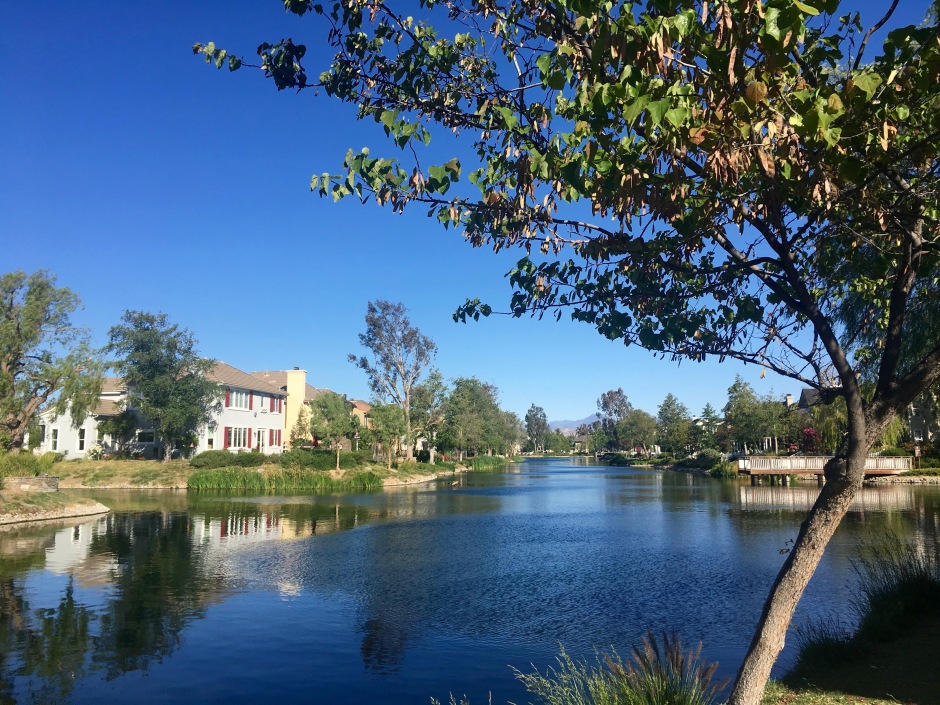 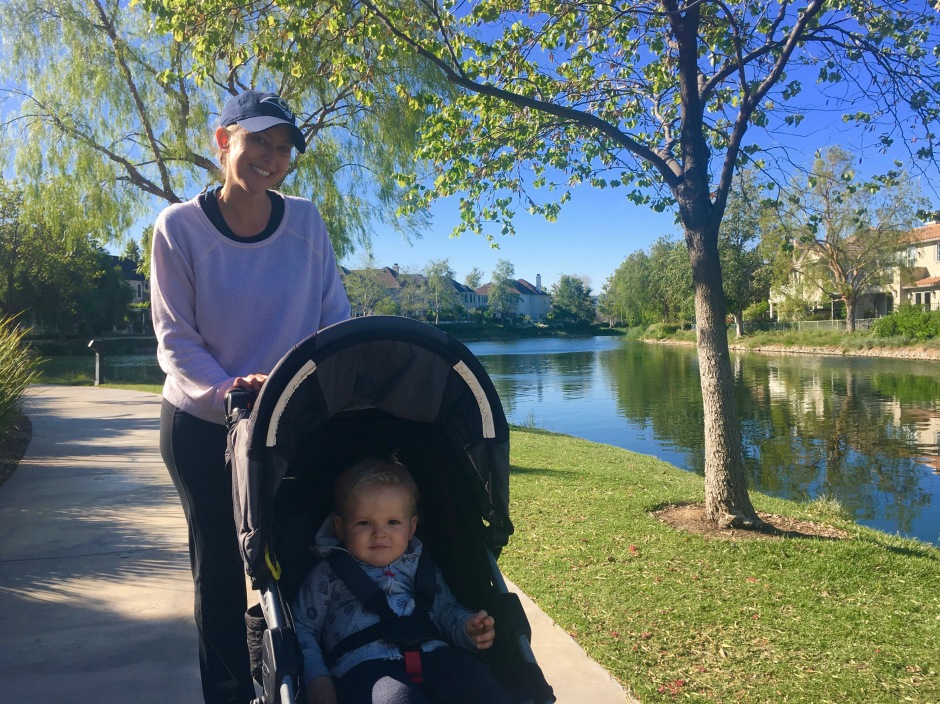 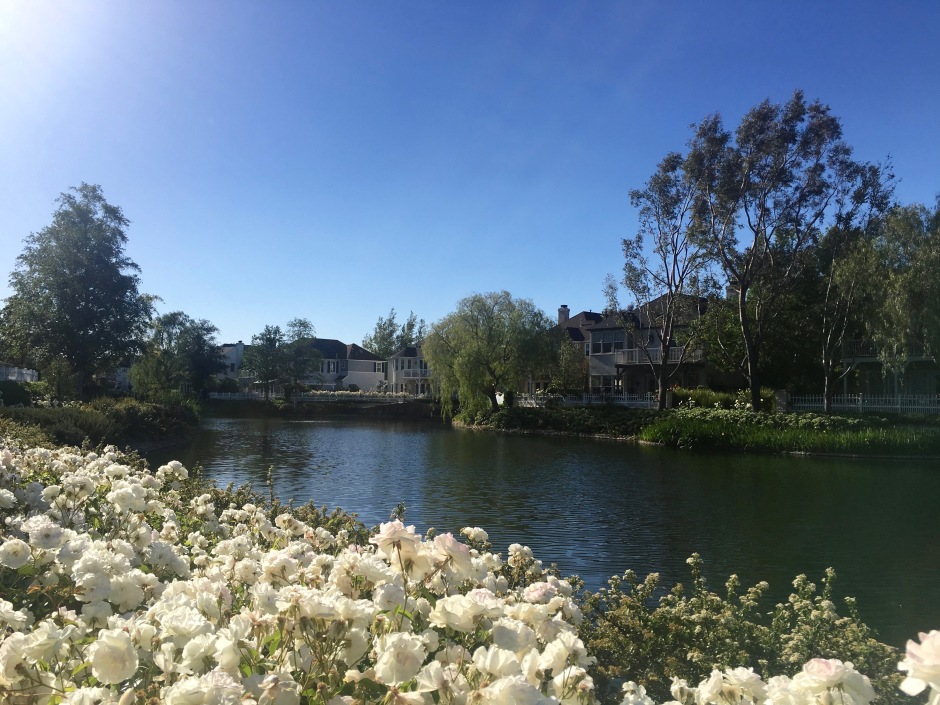 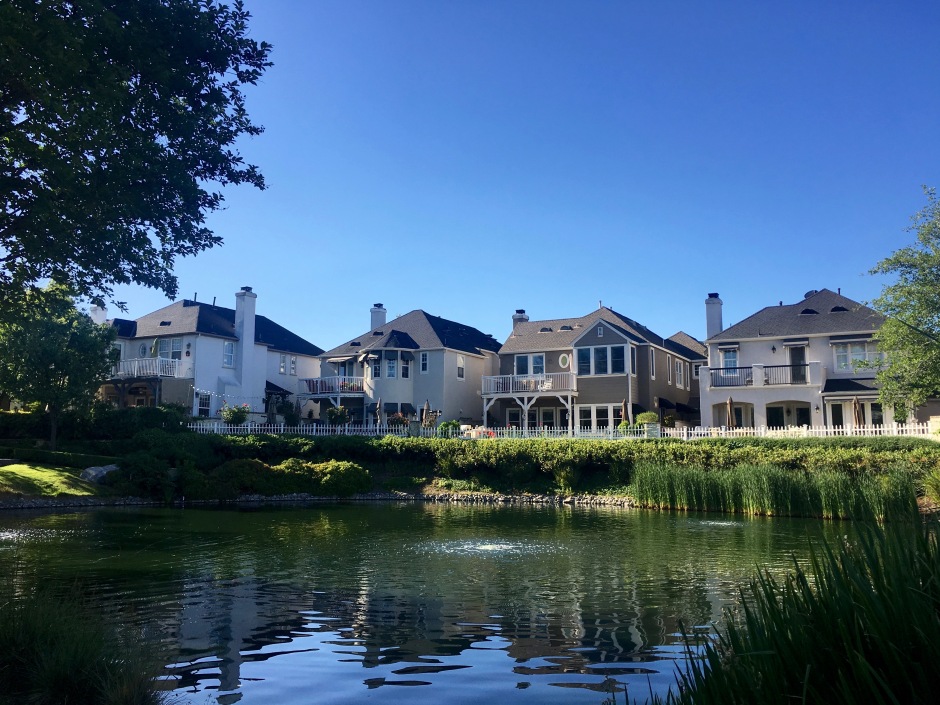 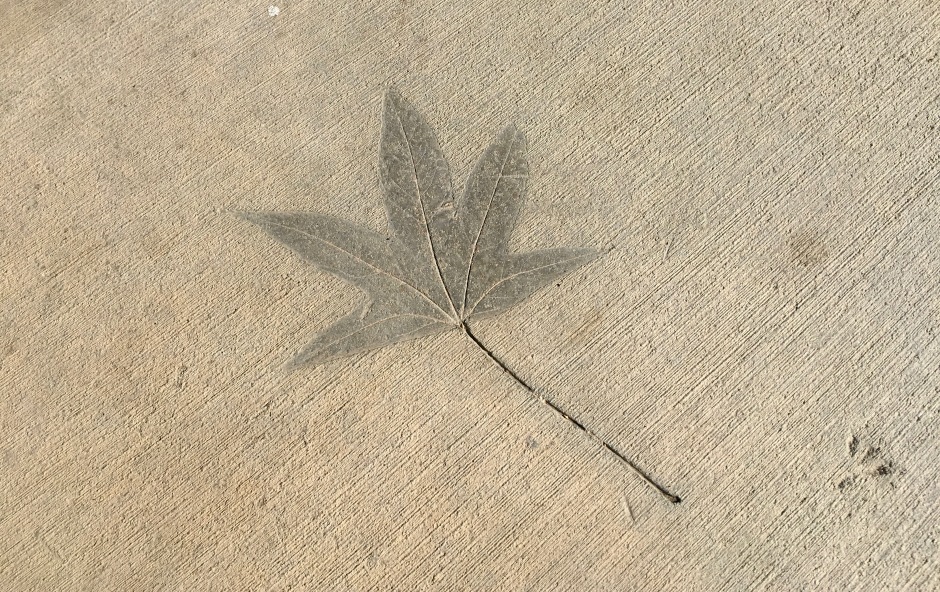 We brought donuts back to the house, packed up a picnic and the girls, and headed out for an afternoon at the park. It’s no wonder Oden was sleeping and napping well with all of the activity and stimulation! We had a delicious dinner of chicken and leftover steak fajitas. I loved just being part of the family and getting to spend time with Marco and the girls (since Amanda and I talk every day!). At the end of the night, Amanda and I had some downtime to sip drinks and watch Bridesmaids together. It’s the kind of thing I wish for often, just hanging out and doing nothing with my sis. 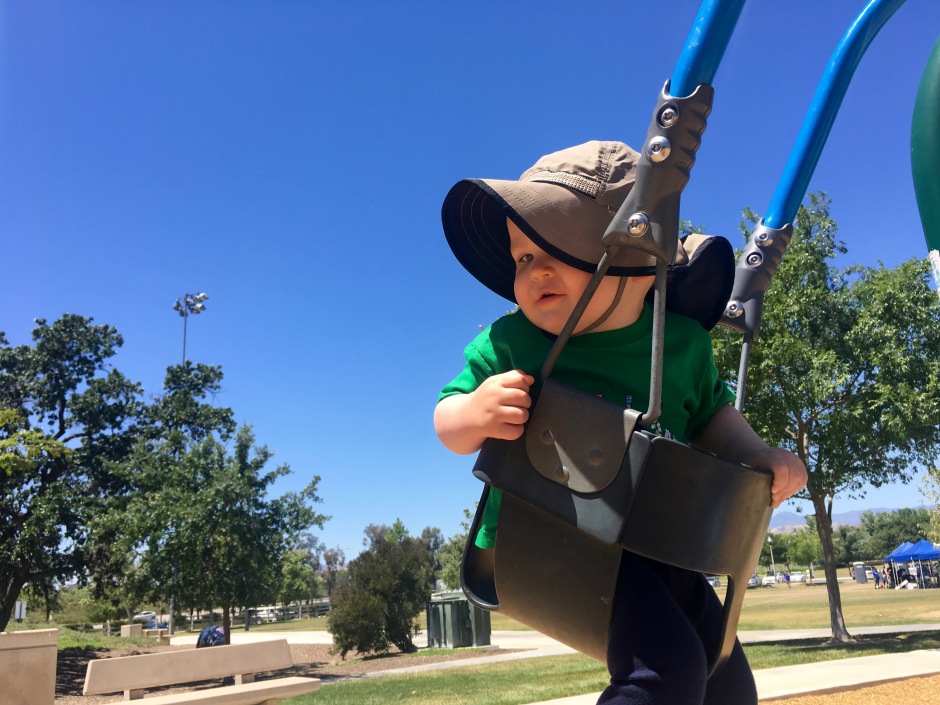 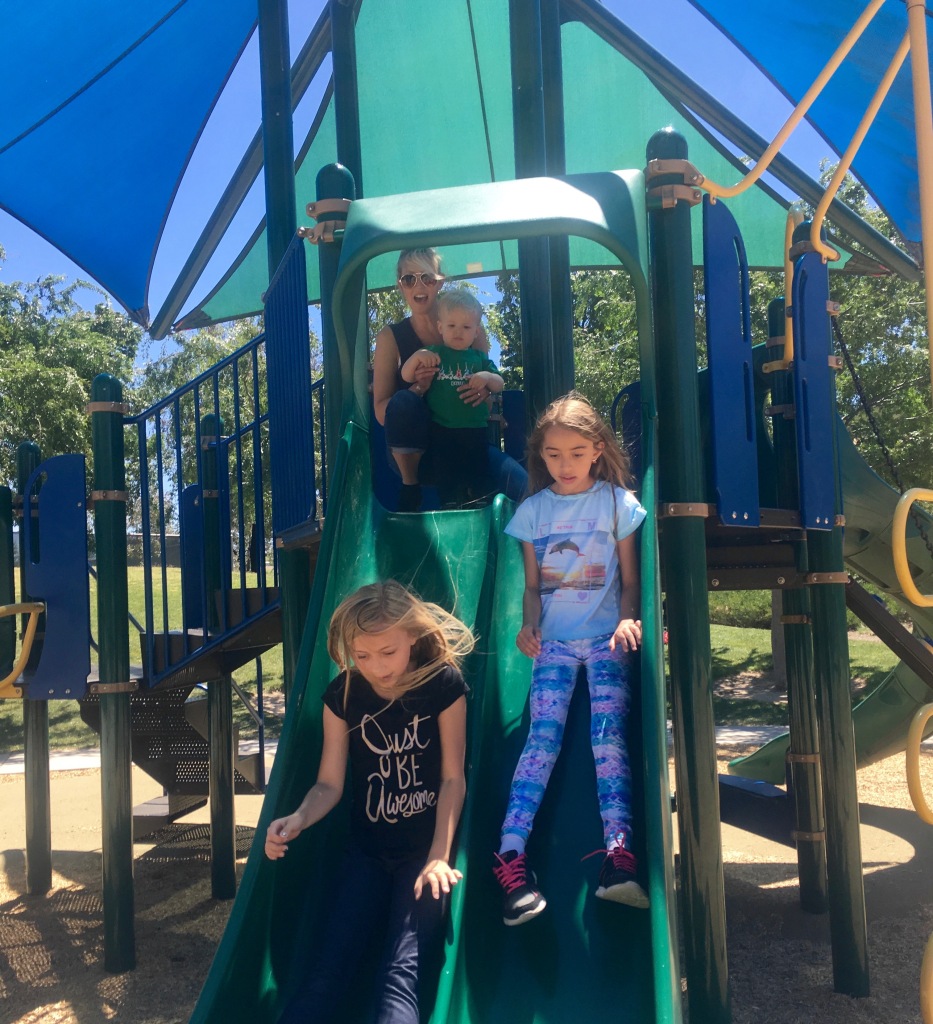 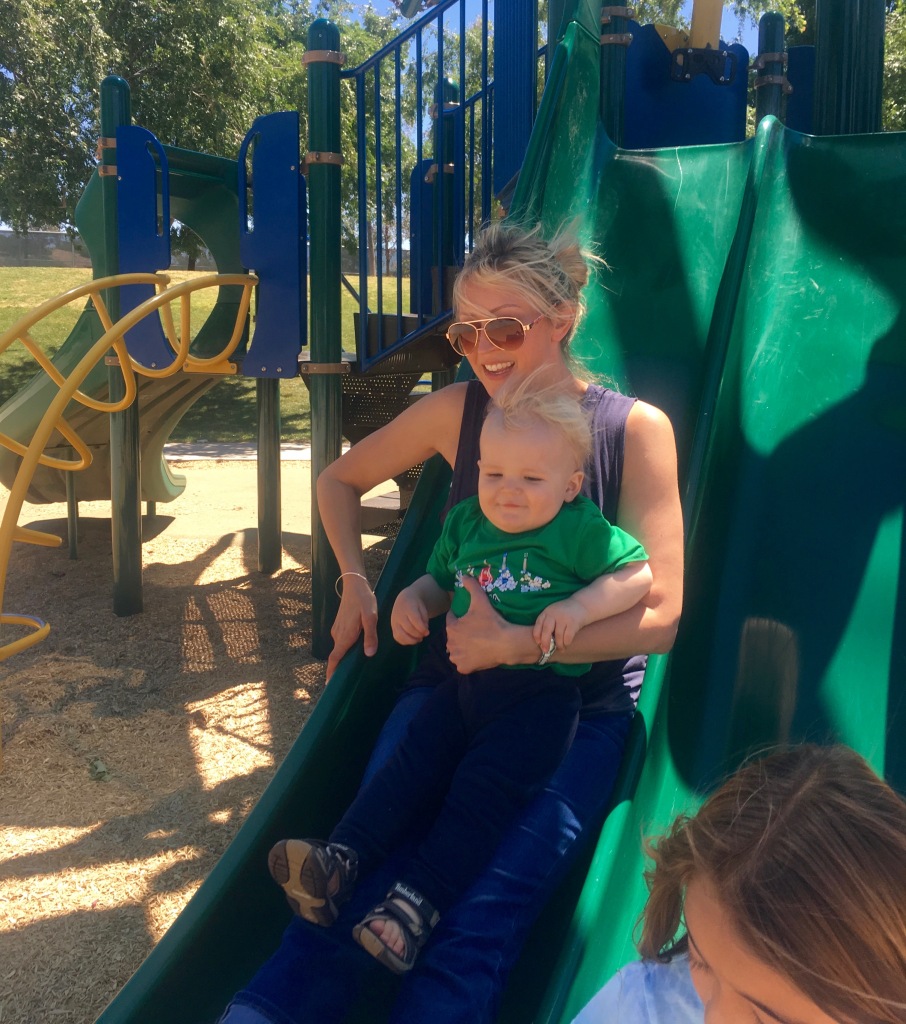 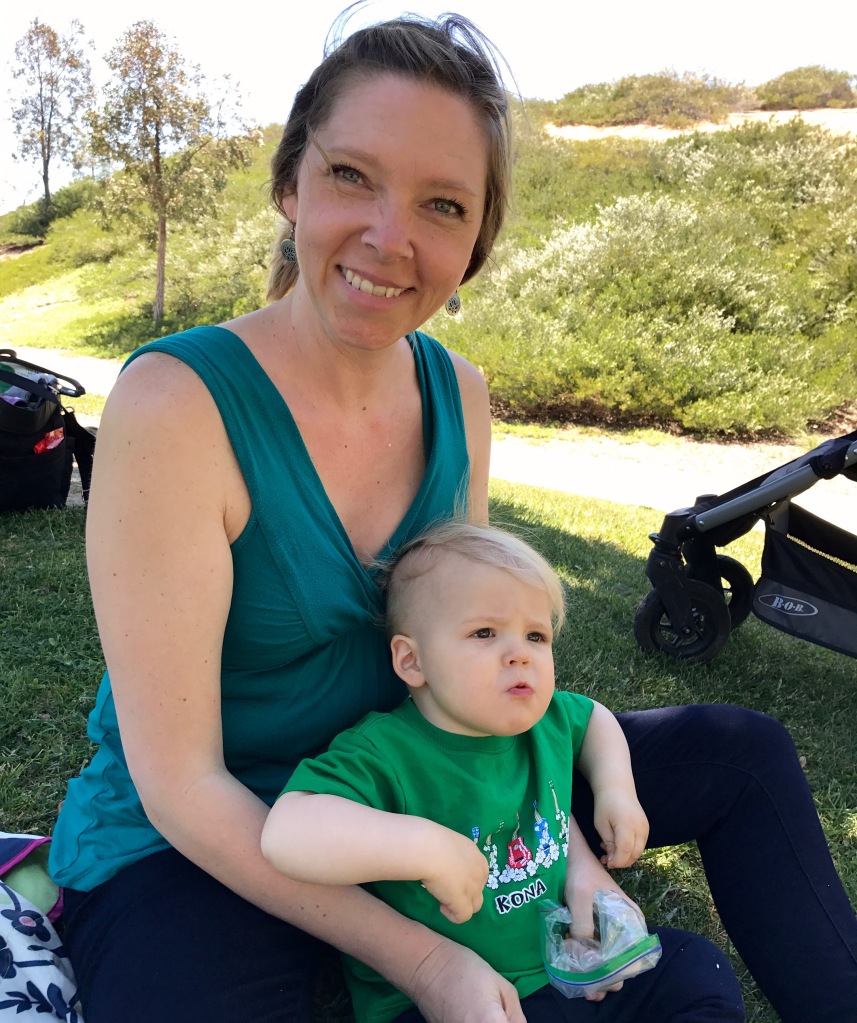 On Sunday, we packed up the family circus and headed to a really fun spot called the Malibu Café to celebrate Marco’s brother’s birthday. Adam was in the same grade as me and Amanda, and some other friends from high school were there, too. The trendy Malibu Café is in the same canyon that Amanda and I used to drive to get to the beach every week and we laughed about that memory! The place has a restaurant, but also a big grassy area with tables, lawn games, a fun bar with yummy cocktails, and other food options at food stands. It was so much fun for everyone’s kids to run around and for the adults to chill out. Mr. Oden was a big hit as always and had a ball- by the end of the day, he was pants-less again, barefoot, and playing peek-a-boo through some bushes with a bus boy! A hilarious highlight was when Amanda and I took him on a paddle boat ride. We narrowly avoided colliding with trees and other boats but could not stop laughing! There may have been one too many cocktails consumed, but it was a great day with old friends. Happy birthday, Adam! 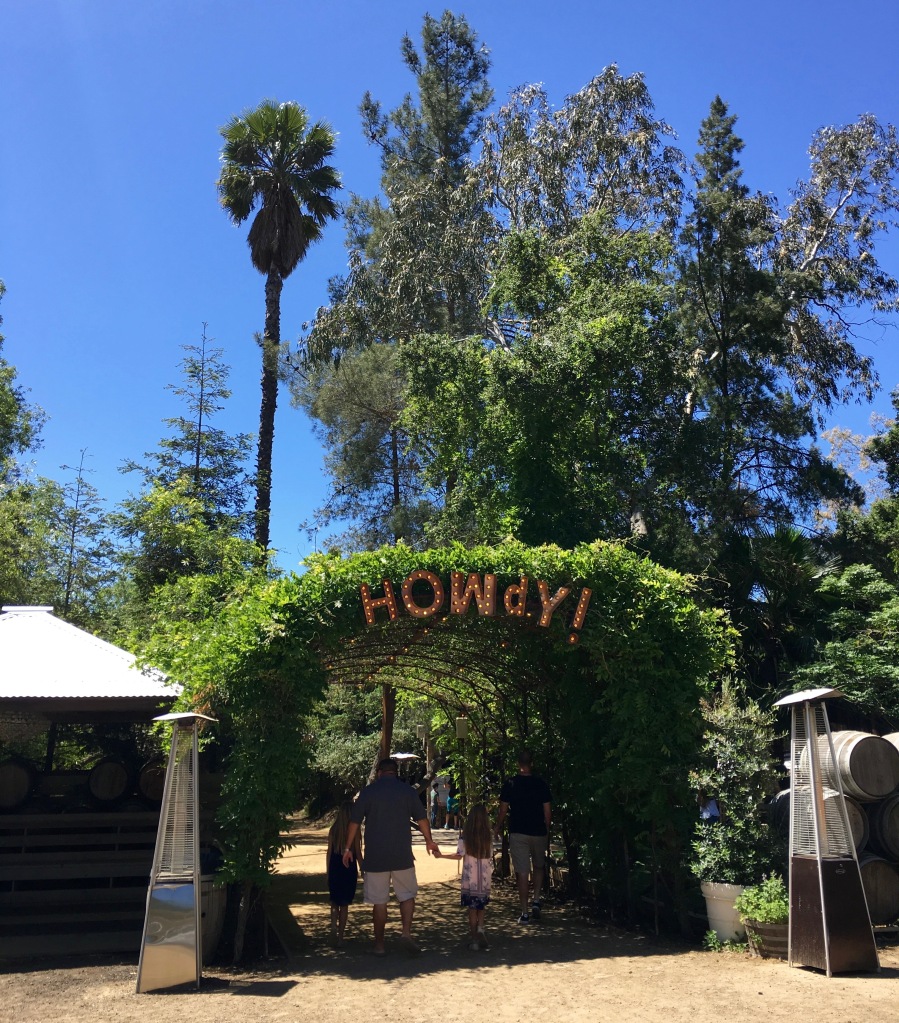 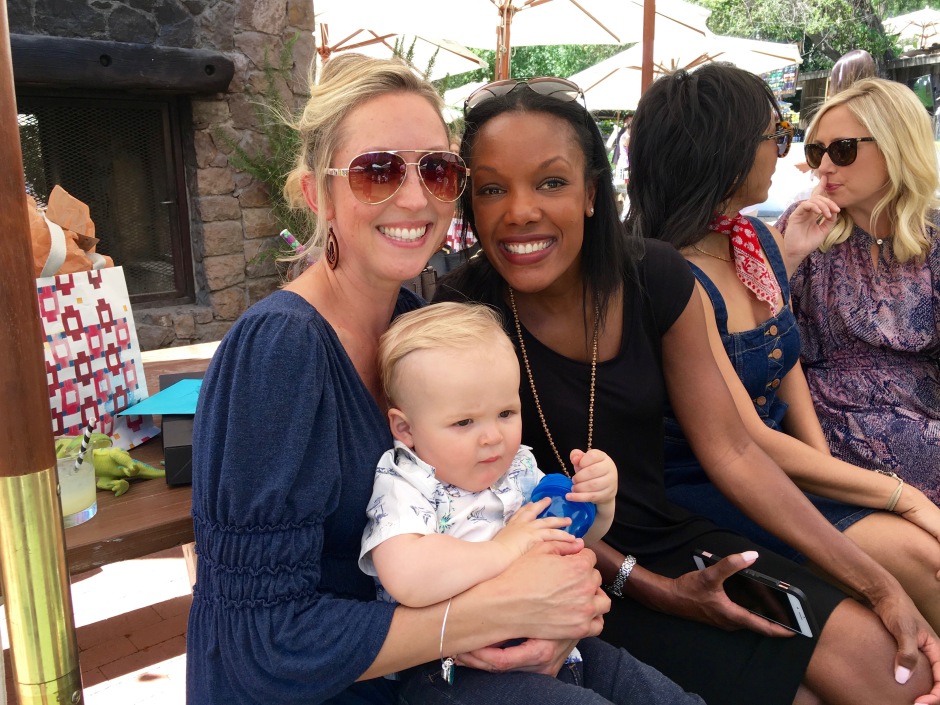 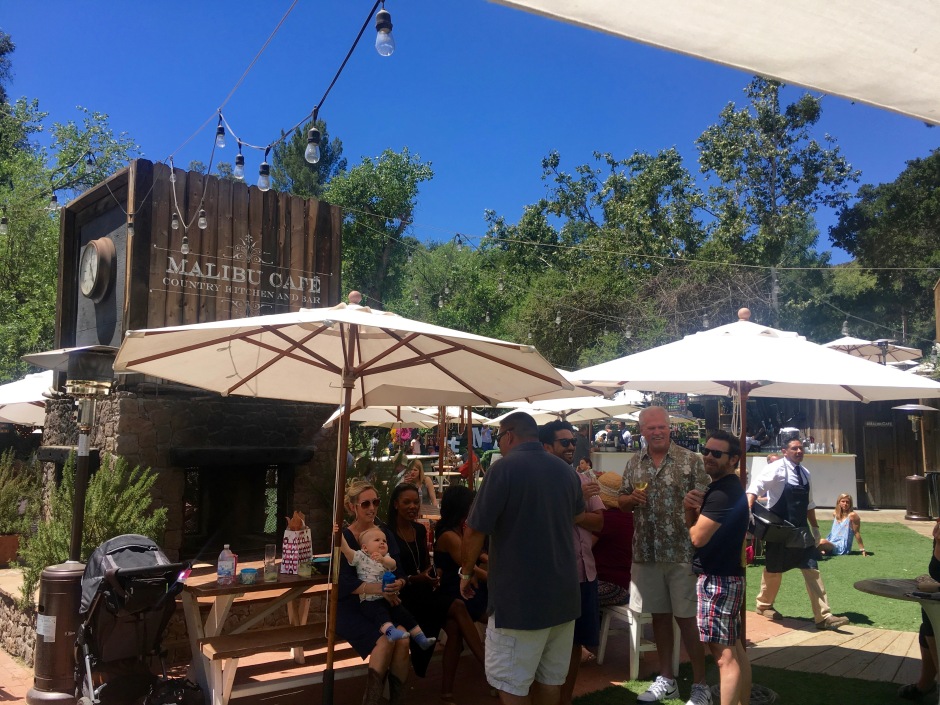 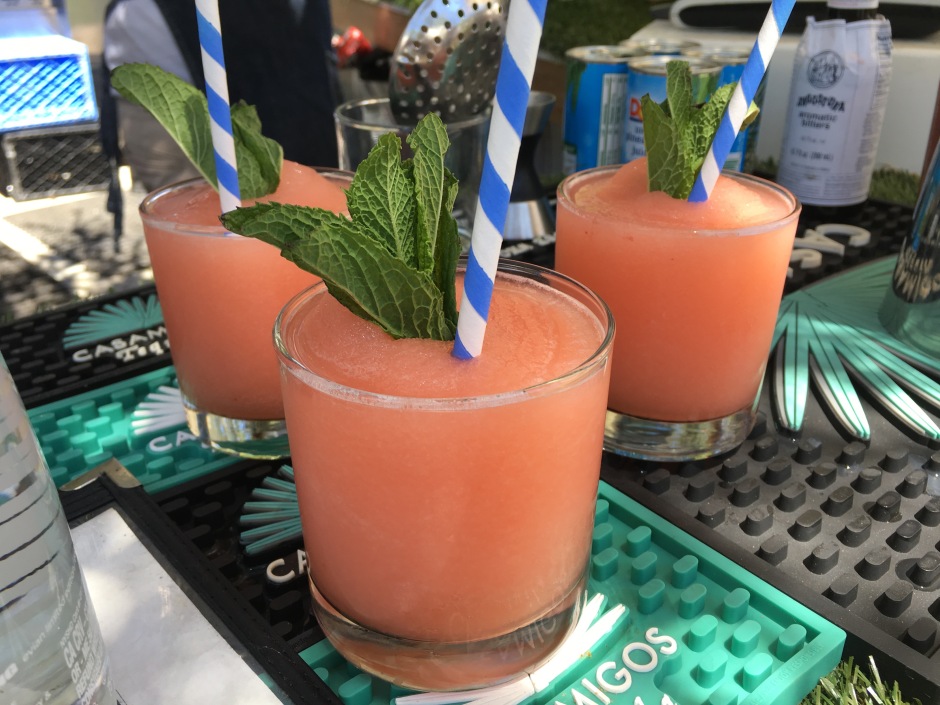 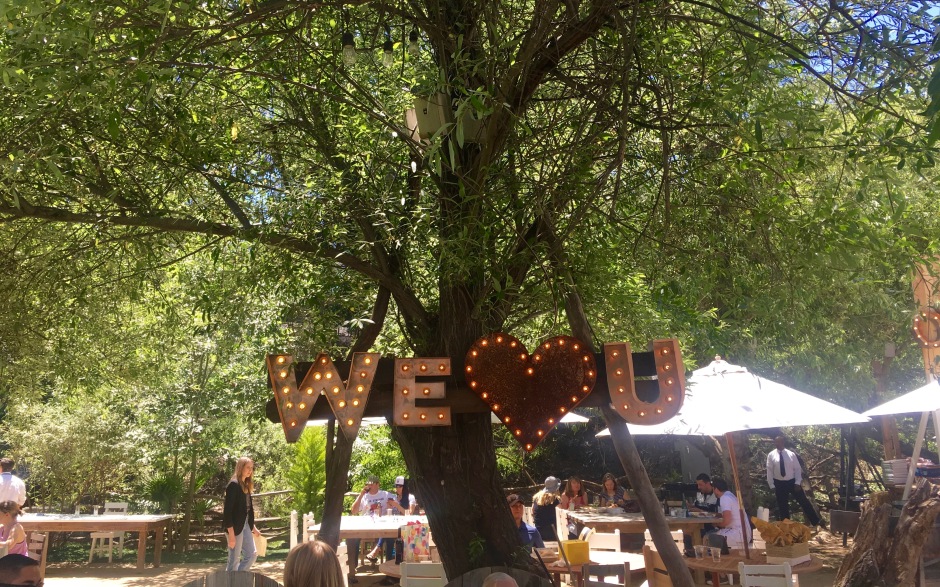 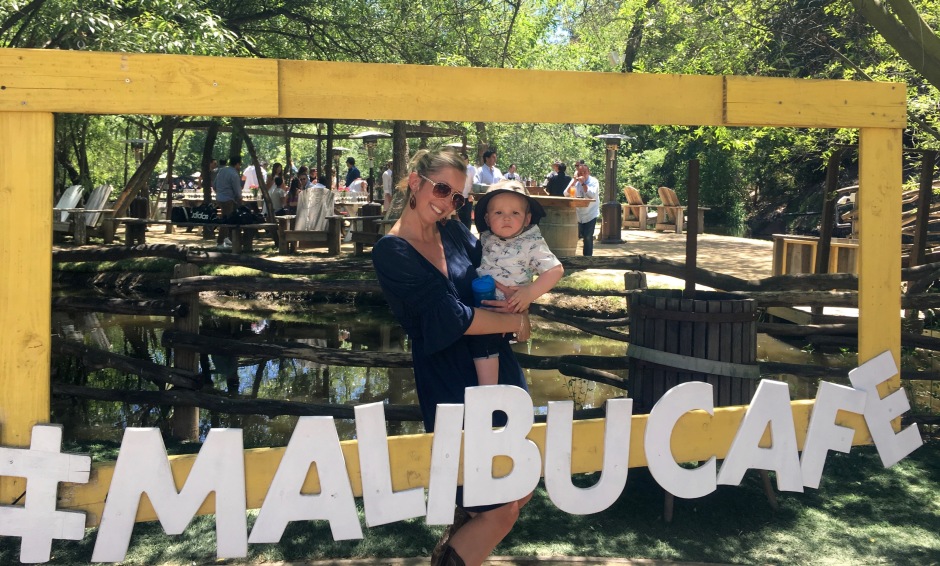 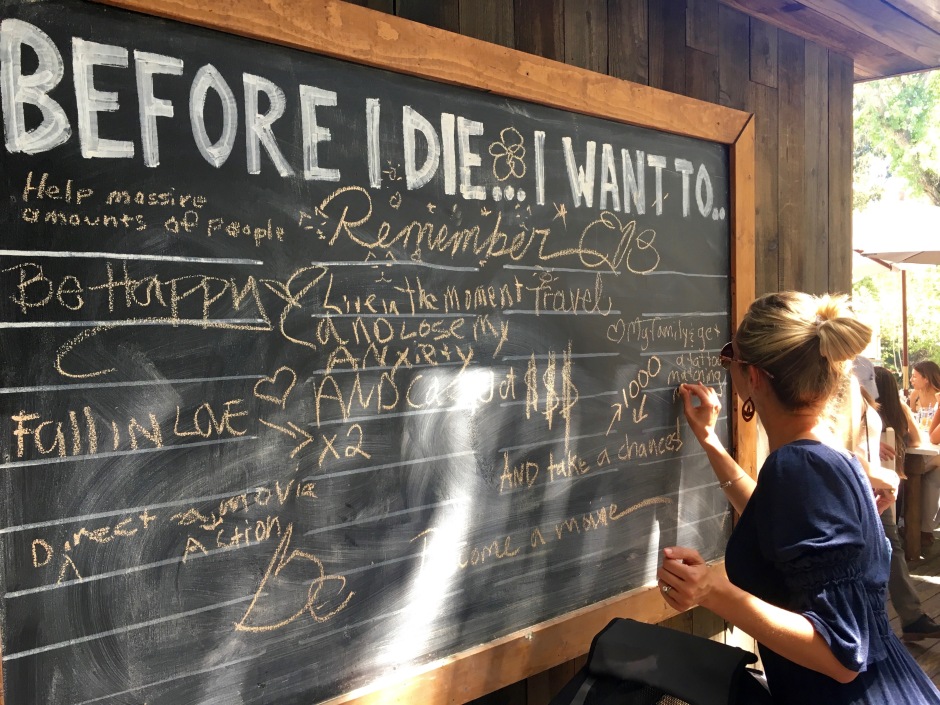 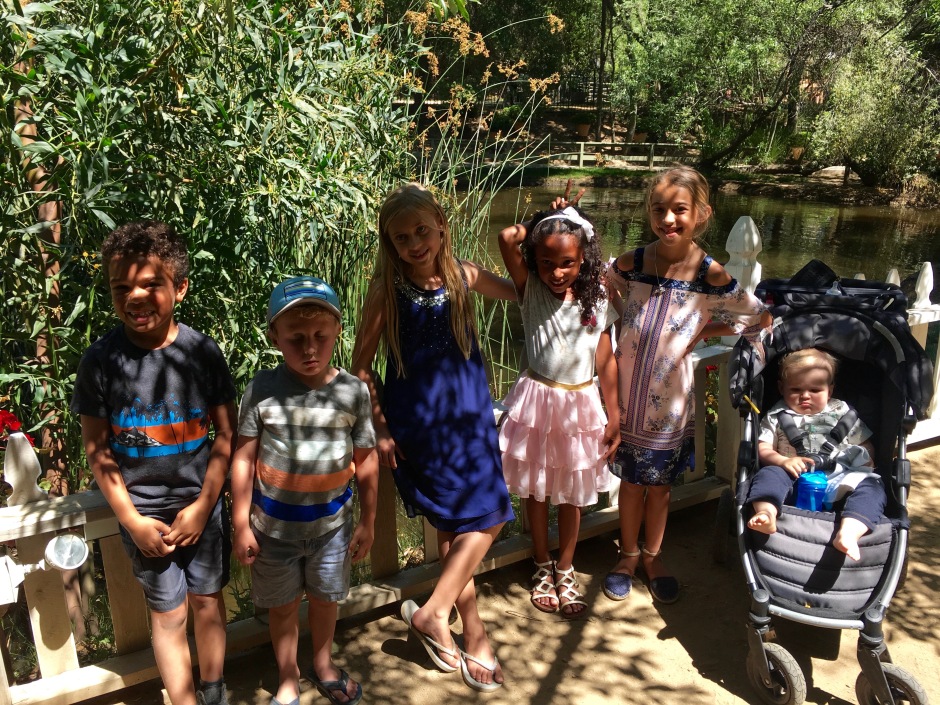 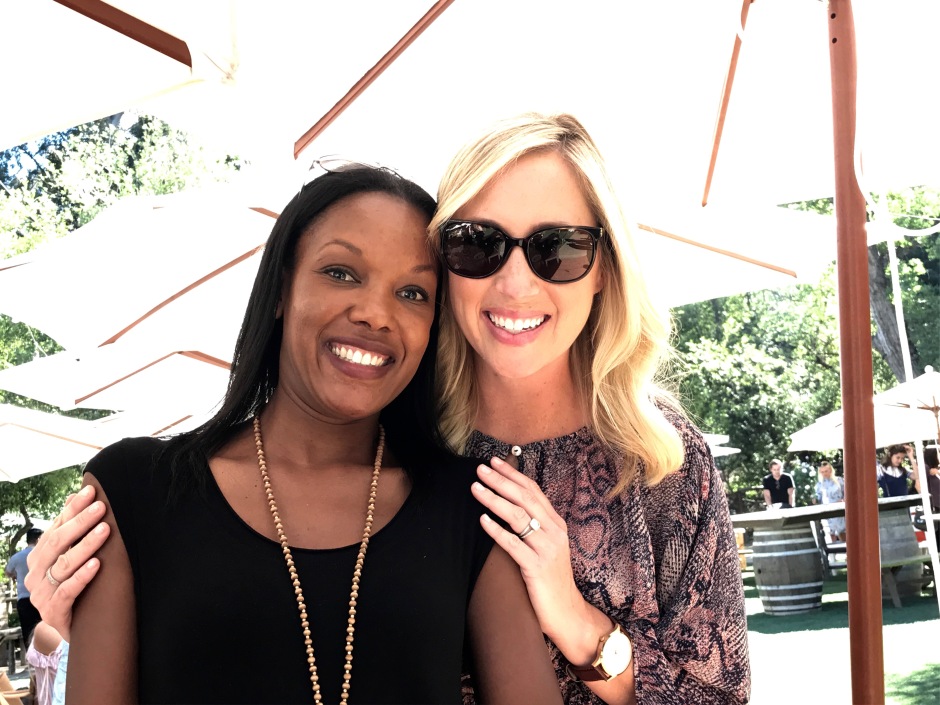 The next day, I woke up early with Oden and took him on a long walk through Amanda’s neighborhood. Everyone’s yards were immaculate, and again I was inspired to add more color to our yard. We had a lazy day with Amanda, going to lunch, taking a drive to see the lake, then hanging out in the pool with the girls when they got home. We took a great family walk to Starbucks for a treat before Oden’s bedtime and us ladies enjoyed pasta for dinner. At one point, as I cringed at the country music Amanda has grown to like (??), my eyes filled with tears as I realized I would probably find the country station on my car in Utah just to feel closer to Amanda. 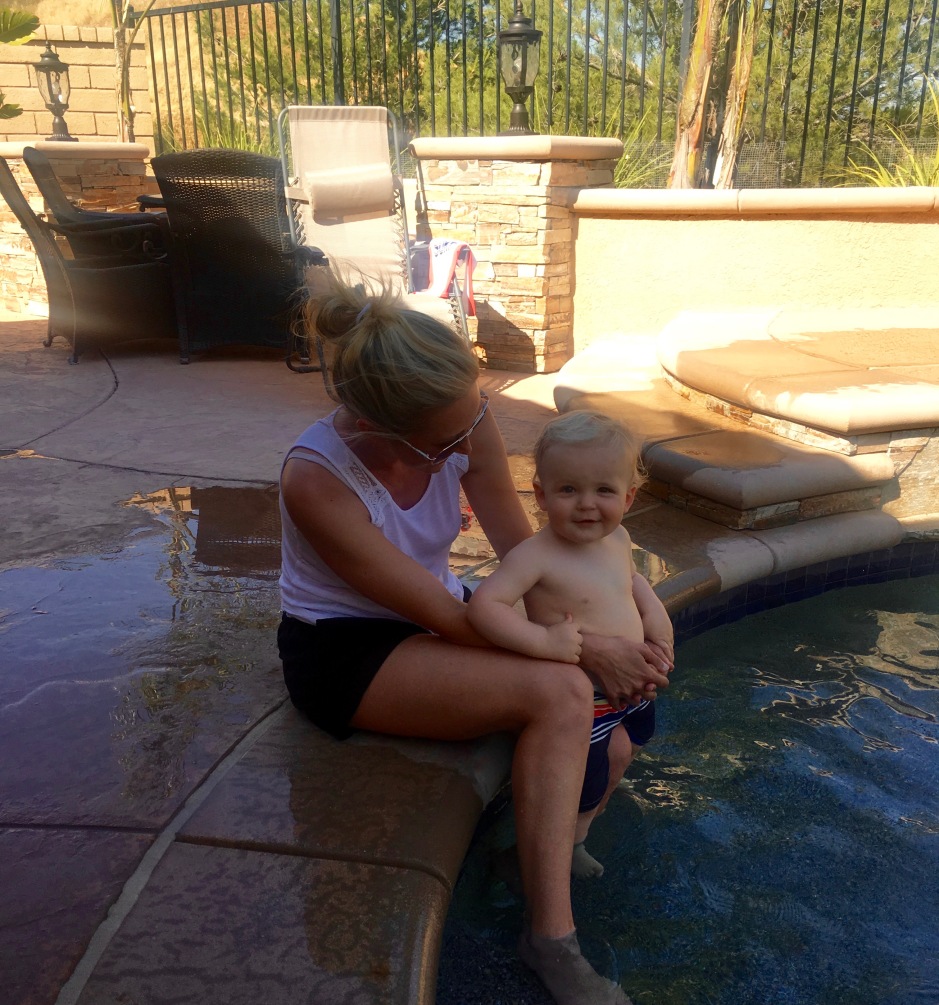 In the morning, the girls had a little more Oden time before it was a mad dash to get ready for school, drop them off, and get me to the airport. We took one last photo together before I got in line for security with Oden, and Amanda stood there, waving and blowing kisses forever, both of our eyes filling with tears. The flight home would be just as interesting as the flight there (with a poopy diaper change/airplane turbulence situation, for one thing) and Oden waited until the last ten minutes of the flight to fall peacefully asleep. But my first solo trip with him was in the books, and a success!

I know my friendship with Amanda is not going anywhere- it’s lasted 33 years already (gulp) and will last 33 more. But just like with the rest of my family and John’s, it’s sure hard to live far away from each other and have to say goodbye, not knowing how long it will be until we are together again. I’m hoping I can convince Amanda to come visit this summer and make a whole new batch of memories with us! Until then, whenever Oden sees me with my phone, he drops everything and asks to see “BaBa.” 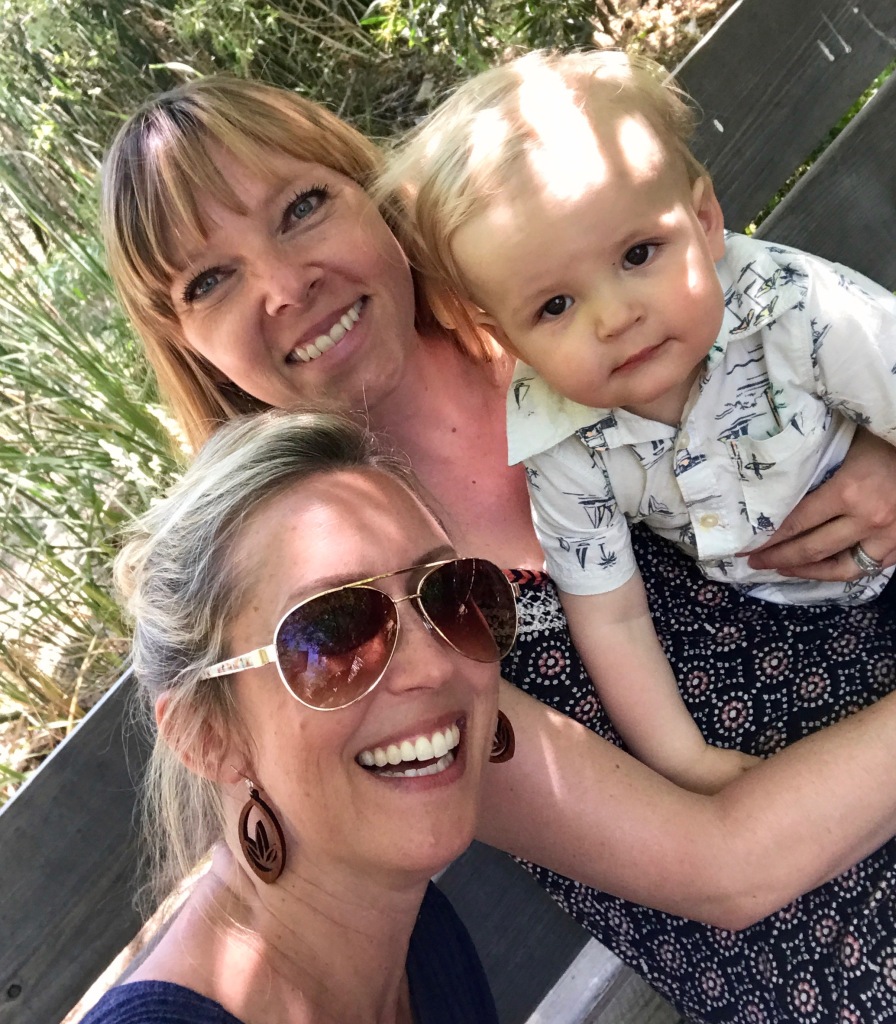 We love you, Auntie BaBa!

More of my travels.

One year ago: Things I thought I’d never do as a parent…