Well, now I have a little crush on Steve Martin.

I mean, I’ve always thought he was hilarious. “The Jerk” is pretty much the funniest movie ever made. (The cans! He hates these cans!) His Saturday Night Live years are priceless. More recently, I found Steve Martin’s character in “It’s Complicated” to be completely charming. And now I’ve witnessed his musical skill in person.

Did you know Steve Martin plays the banjo? I did. Years ago, the VHS video of “The Jerk” that was available at the video rental shop had an intro of his stand-up routine. The guy comes walking onto the stage, gangly and goofy, a banjo over his shoulder. You think it’s a prop for a joke until MAGIC shoots out of his fingertips and he picks the banjo like a genius. I remember being completely amazed and impressed, hitting “rewind” more than once. I found the link: click here and watch the first few minutes. WOW.

Thirty-five years later, Steve Martin plays banjo with a bluegrass band called the Steep Canyon Rangers. When we saw that they’d be coming to Deer Valley’s beautiful outdoor amphitheater to play this summer, I snatched up tickets right away. He just made an album with Edie Brickell, and they would be performing with the Utah Symphony. Not a bad Friday night date, right?

I wore my boots for the occasion.

The gates at Deer Valley Resort opened for the 7:30 show at 5:30PM. We thought we were early, but by the time we rolled in at 5:45, the line was already a mile long.

We ended up right where we always sit, halfway up the hill on the grass. We added our color to the patchwork of blankets already set out. We kicked off our shoes, poured a drink, munched on a tasty picnic, and enjoyed the view. Deer Valley events make for excellent people-watching. 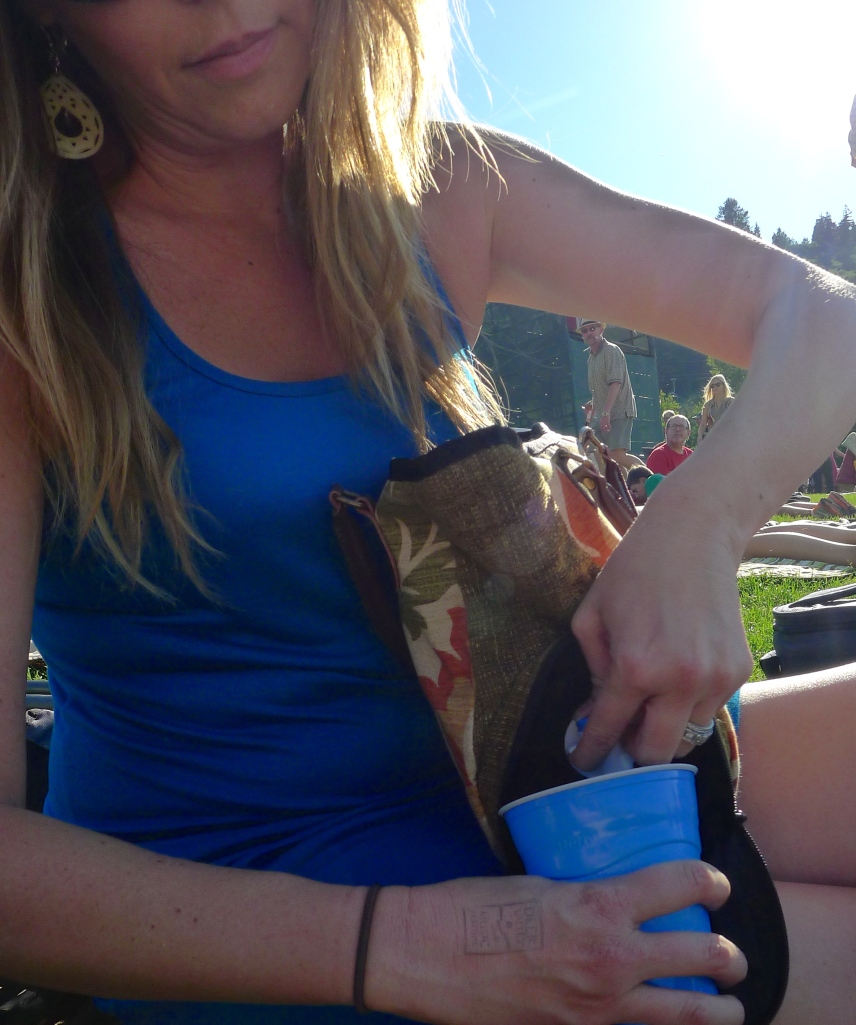 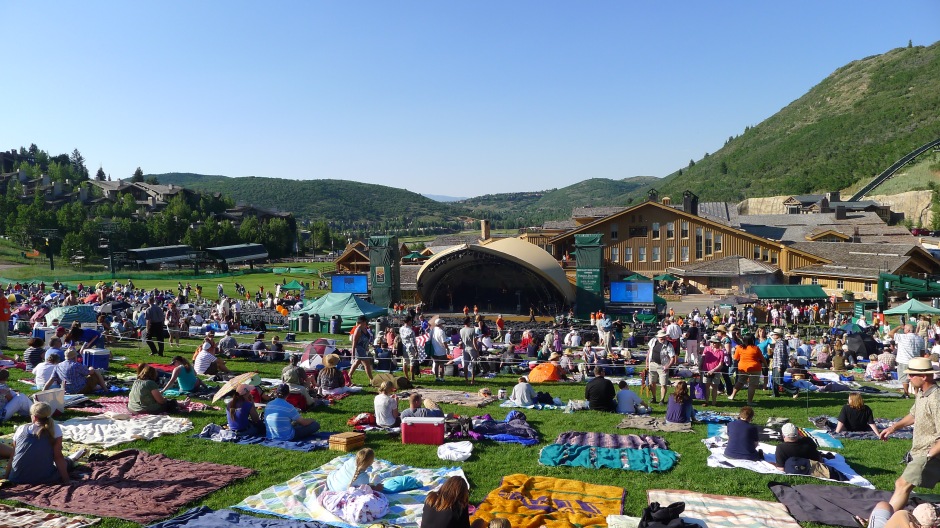 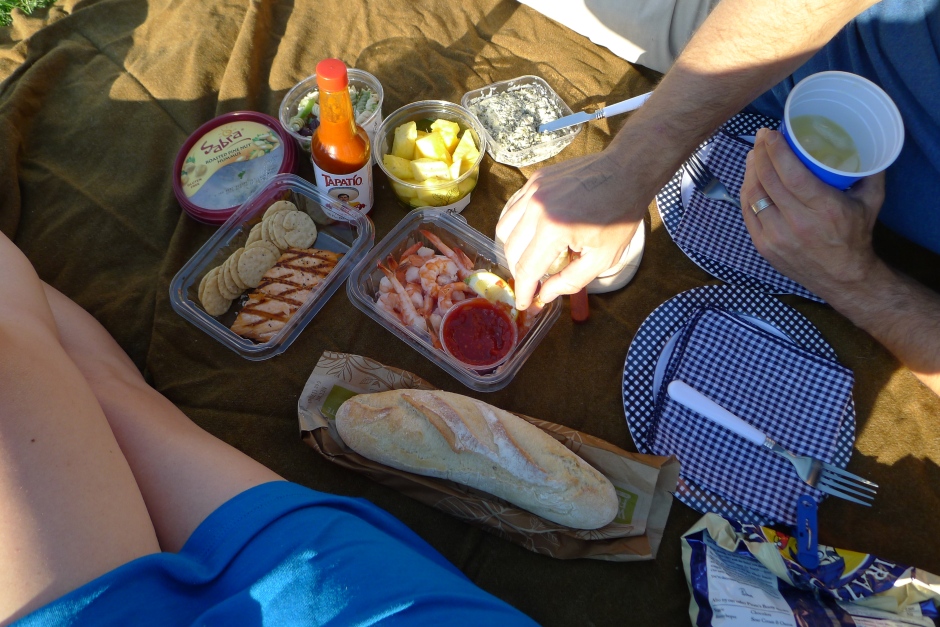 The symphony started things off as the sun dipped behind the mountain. A picnic at dusk with wine and the symphony is pretty much perfect. 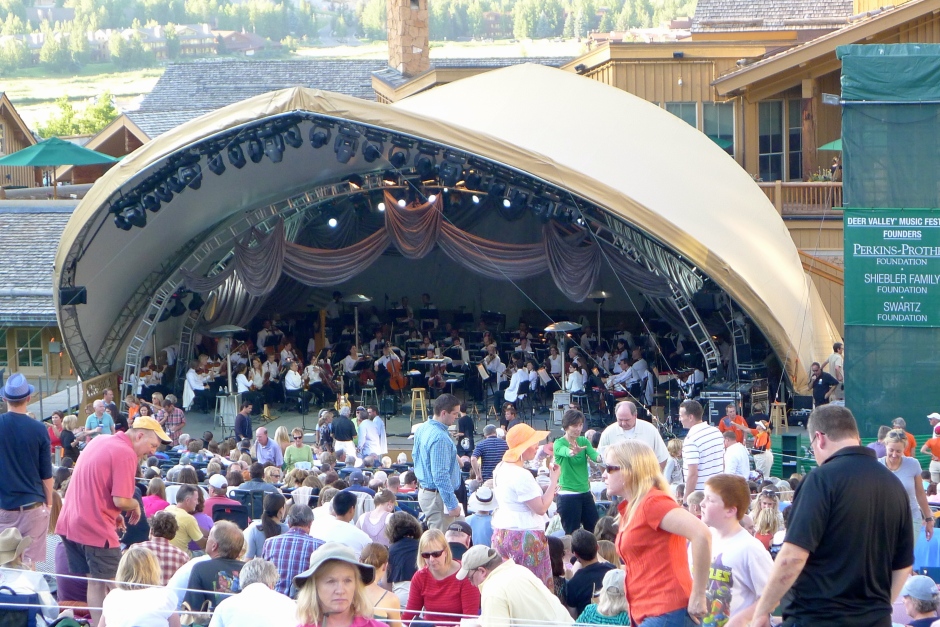 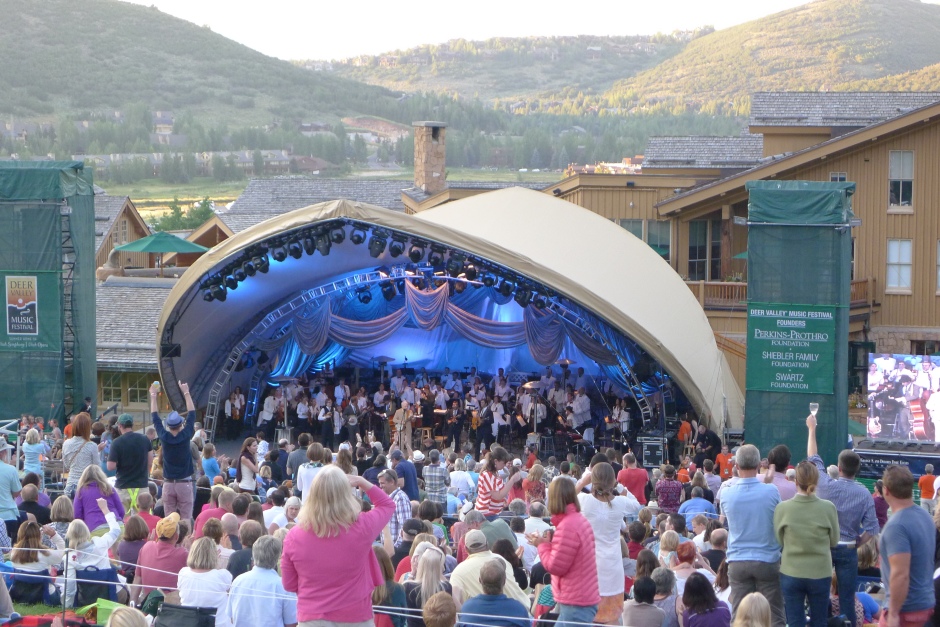 Edie Brickell joined him, and soothed us with her lilting voice. In between the songs from their new album, Steve added in little one-liners that had everyone giggling.

“You might wonder why I have so many banjos on stage with me. Well, I love them. They’re like my children. Which means, in all likelihood, at least one of them is not mine.”

“This next song is a sing-along. It has no words, though… so, you know…good luck.”

No video was allowed at this show, but I snuck a couple of our toes, just to capture the music.

There were a couple gimmicky songs that reminded us that this was Steve Martin, comedian. It was clear that he truly loves being on stage in front of a laughing crowd. And then the sky grew dark and he played his last song. 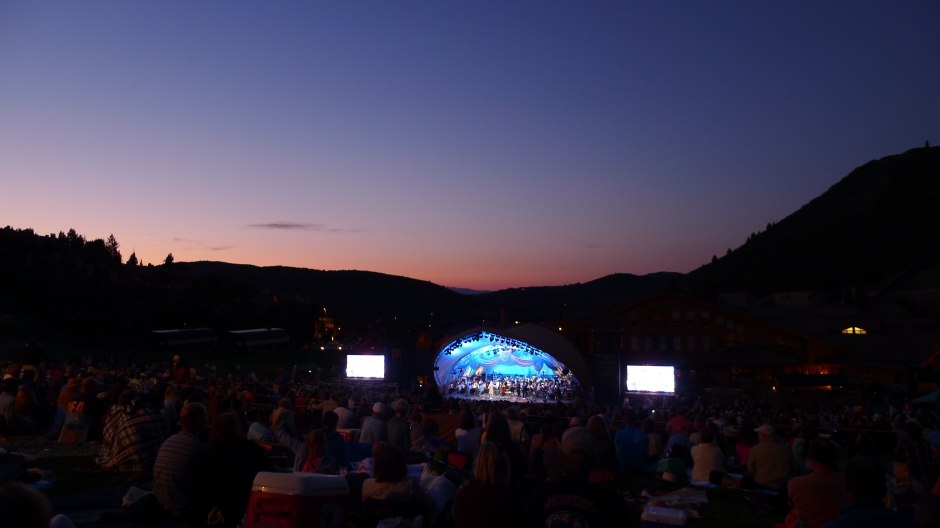 I have a soft spot for musicians. My amazing dad plays jazz. My husband has a flock of guitars in the music room. It’s no surprise that a ripping banjo player who is FUNNY, to boot, made me swoon a little.  John and I held hands as we walked to the car, laughing and humming along to the music still in our ears. The evening felt romantic. I whispered in John’s ear…

“Maybe you should buy a banjo.”

(please note: this post includes a few videos, which are not viewable in the emailed version. visit the post on http://www.theusualbliss.com to see them.)