Summer is for outdoor concerts.

Shoes kicked off and feet in the grass. Tasty picnic foods stashed in Tupperware. Wine poured into plastic stemware. A sunburn to start things off and a sweater before the night ends. A fiery sunset fades into twinkling stars. And if you’re lucky, you hear some really good music.

This summer, Red Butte Garden has an impressive lineup. We introduced my parents to the scene in June: the picnic prep, the dusty wait in line, the scramble for a decent seat, the joy of portable food and wine, and Red Butte’s lovely amphitheater. Tony Bennett did not disappoint. 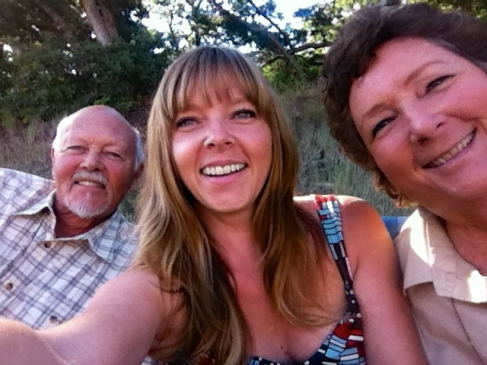 And in the last week, John and I returned for more under-the-stars music… twice.

The first show was Rodrigo y Gabriela. A guitarist himself, John introduced me to this Mexican guitar duo via DVD a couple of years ago. The music they produce is incredible- fast-paced and extremely skilled- and Gabriela provides the percussion WHILE she plays, beating her hand against her guitar between chords. Amazing! 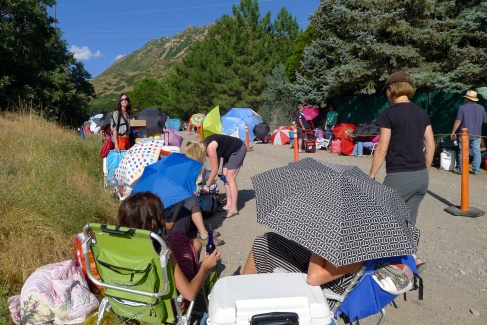 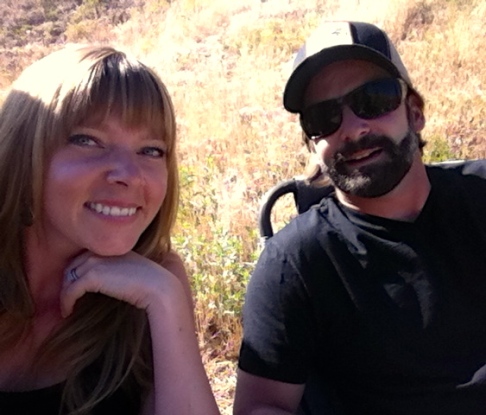 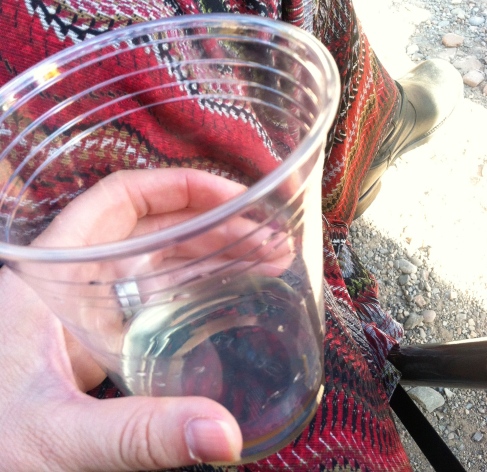 We started the event like any Red Butte show- in line. We usually wait an hour or less, but there are “career” line-waiters who camp out for 3-4 hours. SERIOUSLY. Once inside, there’s a frantic few moments while the groups search for the perfect patch of grass to set up camp. We found our usual spot, slightly stage left and about mid-way back, near the aisle. Great view! 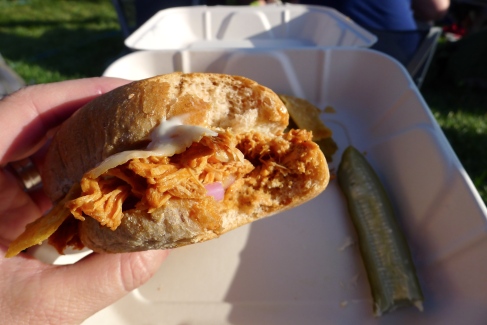 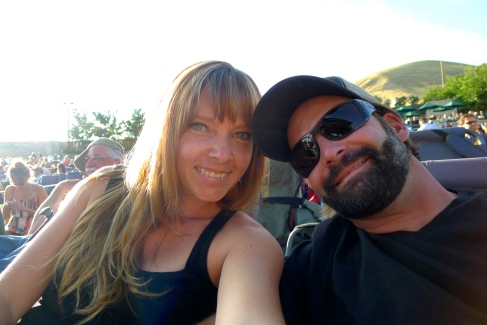 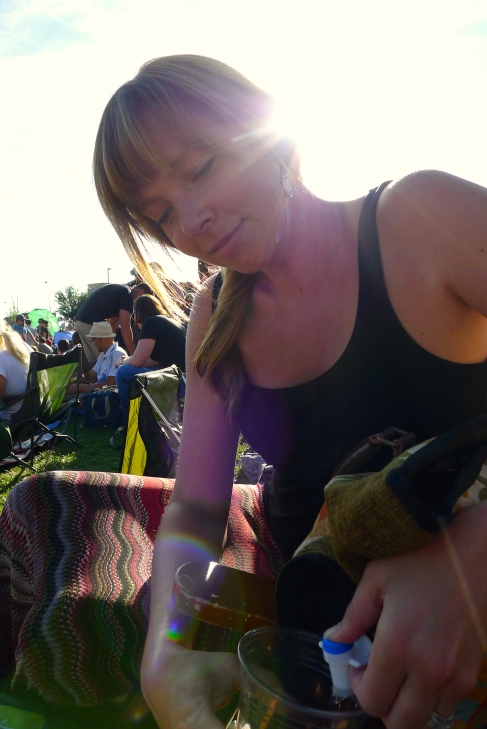 You guys, check out my new concert equipment: it’s called a BexBag. The top portion is a traditional purse (adorable fabric!). The bottom is equipped with an insulated beverage bag for toting your favorite drink. There’s a little spigot on one end! Since I brought it home from Montana, I’ve used it multiple times. So perfect for Red Butte Garden!

We’d just poured a drink when a friend invited us to join his group, closer to the stage. When someone offers you front and center blanket space at Red Butte, you take it. It was a fabulous spot to see the skill as Rodrigo y Gabriela played. 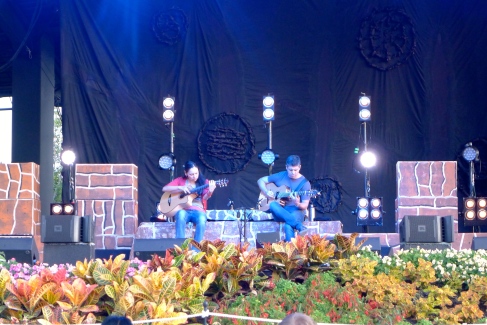 They’re influenced by heavy metal music, but their songs sound more like flamenco. They’re collaborating with a concert pianist who started off with Metallica’s Fade to Black. It’s impossible not to shake, move, dance with your neighbor to this music. So we did.

The sun put on a show almost as electric as Rodrigo y Gabriela.

Three days later, we packed up the picnic blanket, low folding chairs, and our cooler again and headed toward The Line to see David Byrne of Talking Heads fame. We were running behind schedule, so we didn’t have long to wait in line- which was a good thing, since temperatures were topping out near 100 degrees! 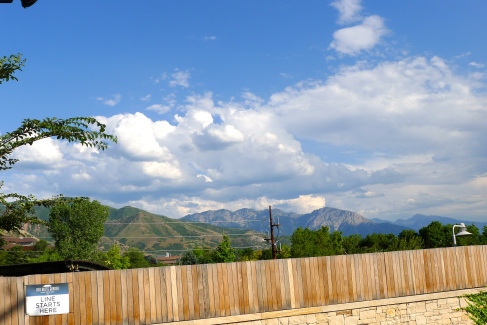 We found our usual spot again, and stayed there this time. The clouds rolled in as the evening progressed. No more than a few raindrops fell-though even a downpour wouldn’t budge this audience. David Byrne is one of those musical geniuses that is beyond both quirky and talented. He is touring with a woman called St. Vincent and a large brass ensemble, and the collaboration is unique and fabulous. 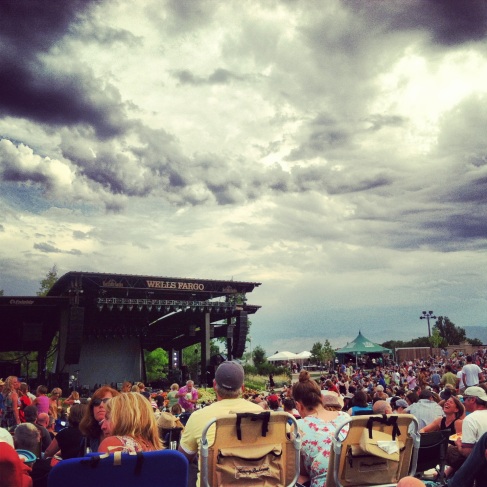 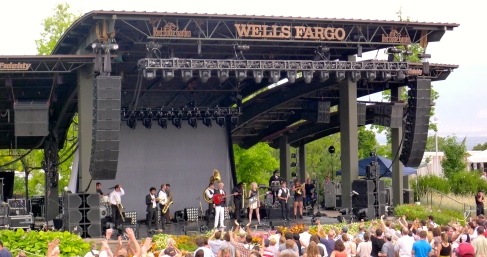 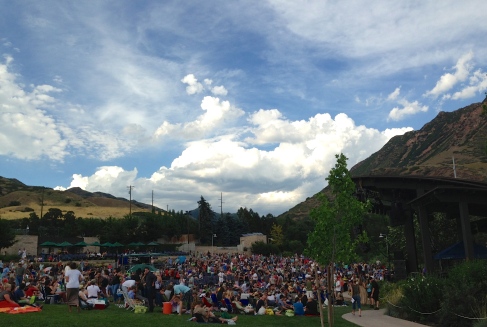 In addition to songs from their latest album, Mr. Byrne treated the sold-out crowd to many of his hits- Wild Life, This Must Be the Place, and the big finale, Burning Down the House.

For the past decade, at the end of any big party, I’d always gravitate toward John’s album collection and play DJ. “Burning Down the House” was required– on vinyl, it’s awesome. When a 9-piece brass band contributes, it’s even better. Forgive the shaky video- I was shaking my little booty! 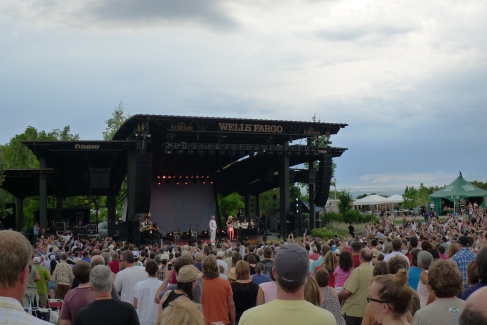 We’ve got another outdoor concert tonight, and more before summer is over. It seems like a lot, but we know the drill: chairs, blanket, BexBag, cooler, sweater. We’re always glad we made the effort, and this season doesn’t last long. In February, when the porch is buried by 4 feet of snow and everything is gray, I’ll think of the night I danced in the grass to Burning Down the House at Red Butte Garden.