You know, when you have a particular scenario in mind, but then something unexpected happens- and the situation turns out better than planned. That happened last July, when John and I tried to go on a hike but ended up rescuing a lost, injured dog. I continually surprise myself in the kitchen- the good stuff usually happens when I mess up and have to improvise. Even my marriage to John wasn’t in my “master plan” – but it’s absolutely where I’m meant to be. I’ve learned that if I keep an open mind to the possibilities in any given situation, I give myself the opportunity to be pleasantly surprised (instead of disappointed). Expectations decrease joy.

My day was wide open on Sunday. I recently designated Sundays as my day off from the blog, and John was out of town. The weather was decent, and Cholula was bored- we both needed fresh air and exercise. It was a day ripe for adventure. I didn’t exactly have a plan, so I packed the car with “just in case” items: a blanket, some hiking shoes, a few dog towels, warm layers, and a bag containing my new book and my camera. My trusty co-pilot is always up for anything.

As we left our neighborhood, I turned the car eastward. I had a blurry idea that mostly involved Mexican food and a margarita at Taramuhara in Midway- it was Cinco de Mayo, after all. Ahead of me, the snow-capped mountains tickled a huge blue sky. I sang along with the radio and hoped the weather would hold for at least an hour or two. 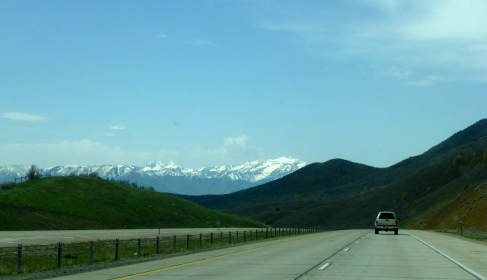 I saw a sign for a trailhead to Dutch Hollow, so I drove down the dirt road to check it out. Multiple mountain bikers and a few horse trailers confirmed that this was not the trail for us. I decided to see if the road that went over Guardsman Pass into Park City was open yet- maybe we’d find a sun-filled meadow, where I could read and throw the tennis ball for Cholula. 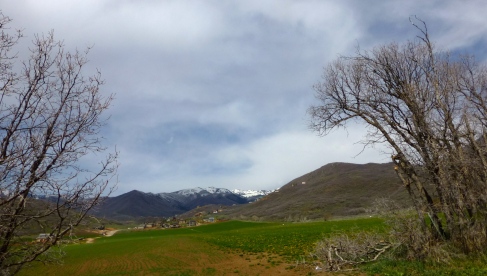 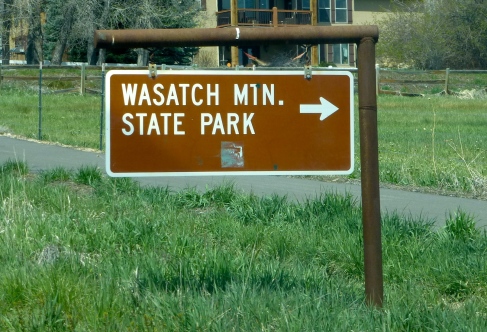 The gate was still padlocked for the season, so I decided to walk up the vehicle-free road for a while. There were a couple of cars parked there, but I didn’t see anyone at first. Then, I spotted a family and wagging dogs, ending a hike on a dirt trail off of the paved road. That’s where we wanted to be.

Green grass lined the trail, and new growth was sprouting all around us. Cholula’s nose went into overdrive. I stopped now and then to take photos of the springtime flowers or read one of the Wasatch Mountain State Park signs describing the native plants and trees. I had no idea where the trail would lead, but it was mostly shady and followed a trickling stream, so we kept going. 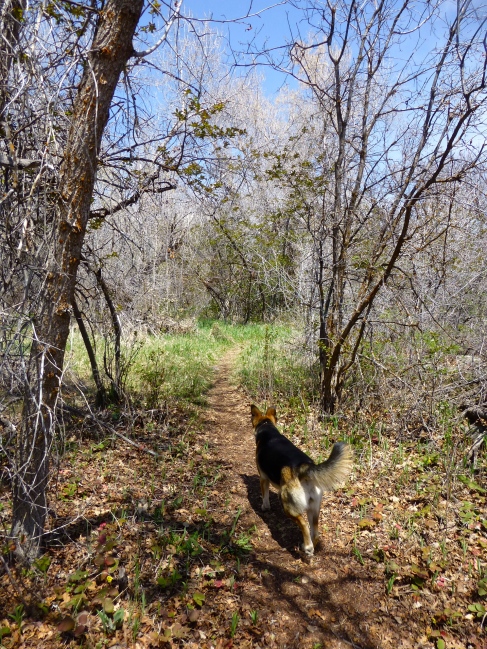 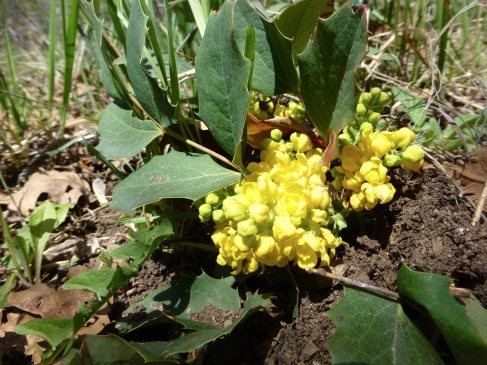 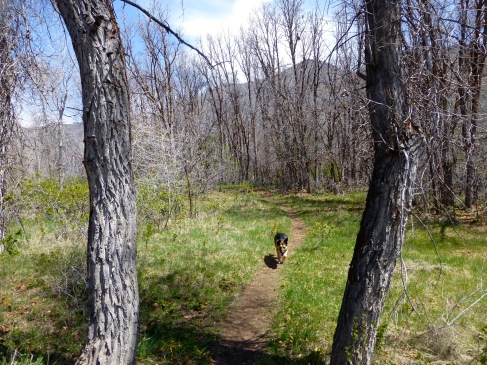 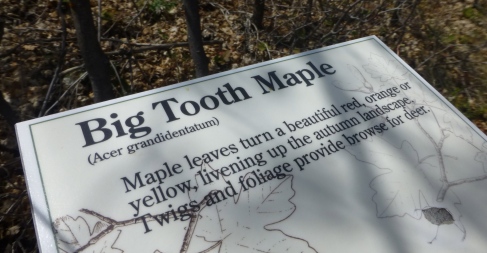 A kind woman named Chrissy passed by with an Australian Shepard fur-ball, stopping to chat while the dogs romped. She described her favorite loop to hike on this trail system before moving on. The sky was clear and blue, and Cholula waited patiently for her slow human to catch up. She led the way through grassy fields, over old wooden bridges, and through groves of trees just starting to display their green buds. 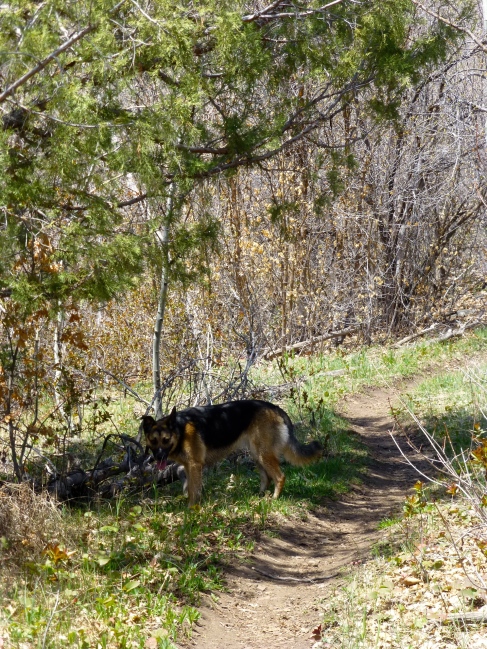 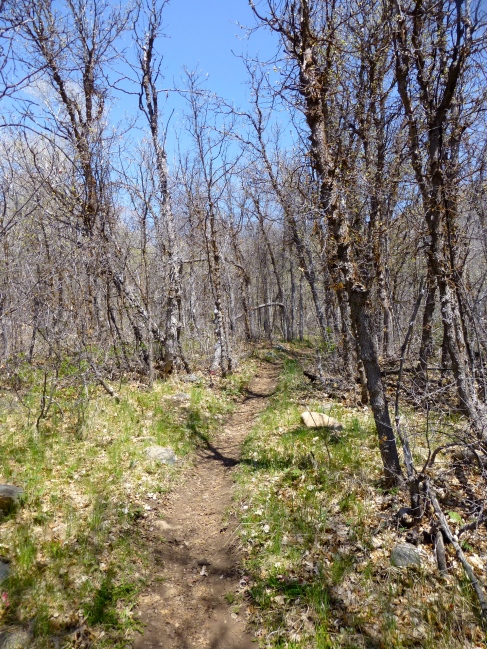 We followed Chrissy’s suggestion, stopping here and there for a rest or a sip from the stream. On the exposed back end of the loop, though the snowy peaks in the distance were shaded by thick clouds, I wondered if my sunscreen was working. By the time we passed through the locked gate again, a storm was brewing on all sides of us. 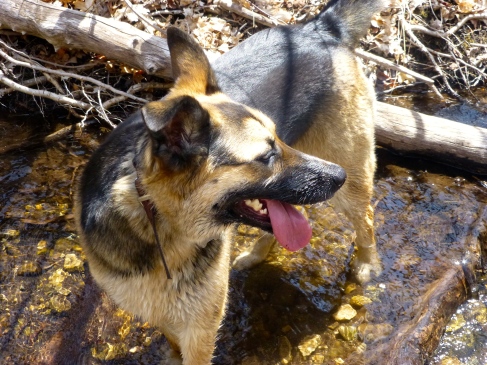 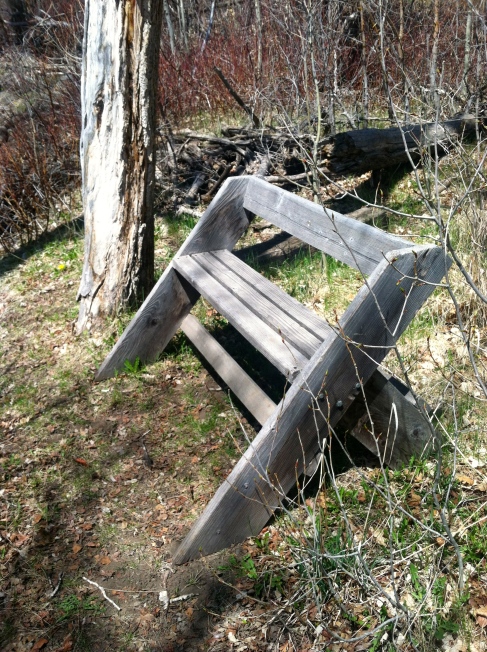 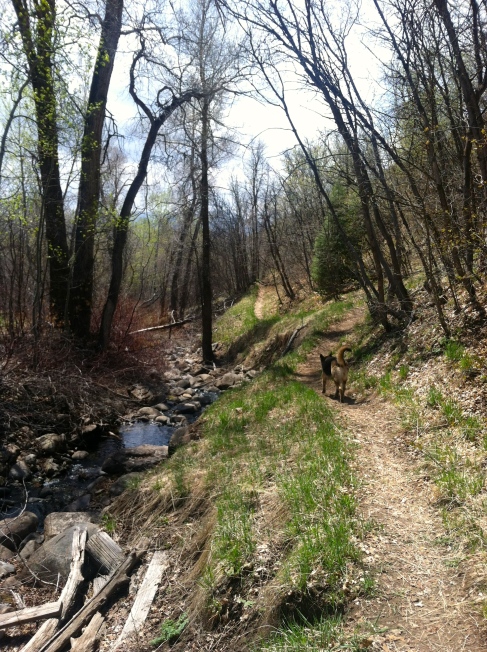 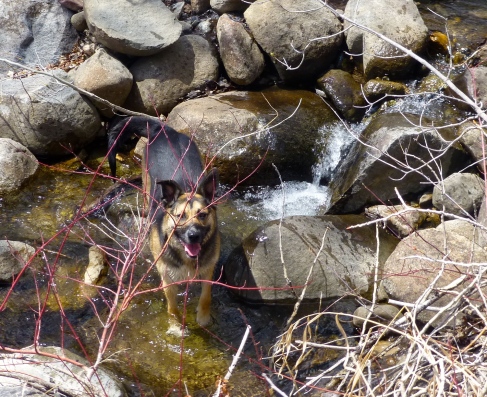 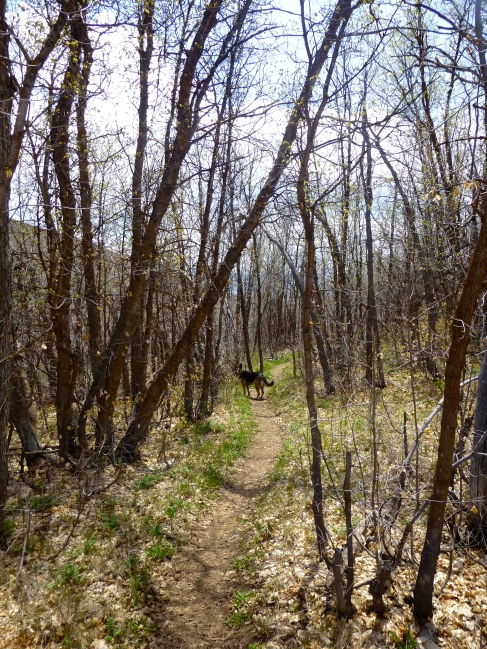 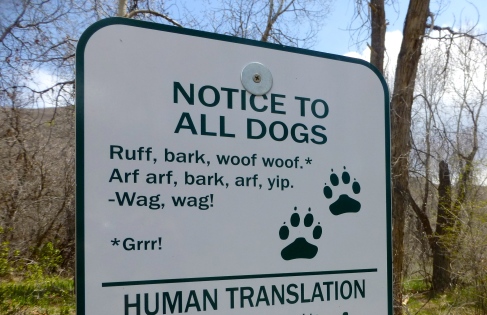 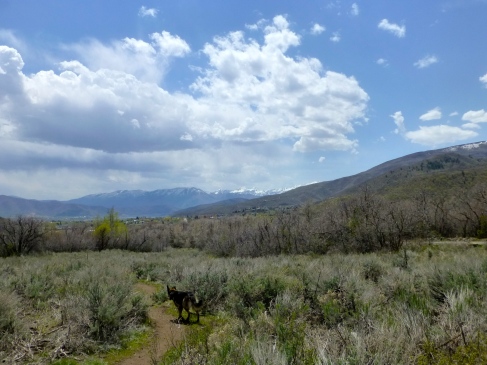 What a lucky day! We’d found a quiet, dog-friendly trail, met a woman who directed us toward our ideal hike, and enjoyed warm sunshine the whole time. I could swear that Cholula was smiling as we drove past a flock of llamas toward my intended lunch spot. 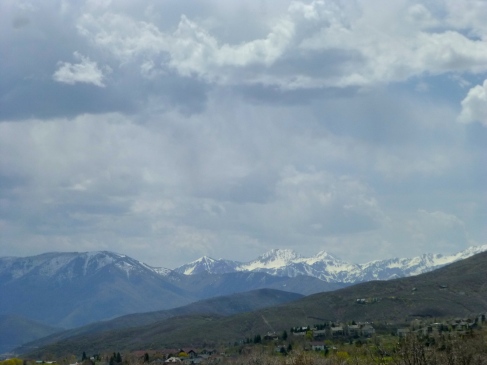 After such a lovely morning, I didn’t let this bump in the road ruin it. Instead, I stopped in to one of our favorite restaurants for a plate of Cinco de Mayo-worthy street tacos. They were Korean, but I figured they still counted. And they were scrumptious! 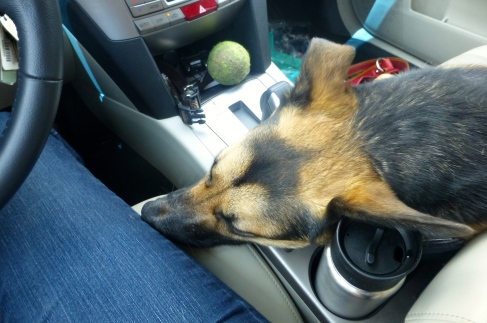 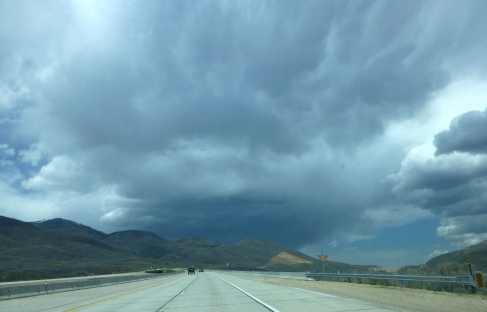 The storm held off just until we got inside the house. Cholula and I dozed on the couch, lulled by the pat-pitter-pat of the rain on the roof. Little happy accidents. Being open to whatever the day had in store resulted in more fun than I’d expected. The only thing missing was my husband.

Oh, and that post-hike margarita.

I’ll save that for my next unexpected adventure.