I’m sure you’ve picked up on the fact that I’m a summer girl. I love sunshine, bare feet, sundresses, new freckles. The fact that winter in Park City is longer than it is in Salt Lake City was not a selling point for me when we moved up the hill, one year ago. But I’ve been doing my best to get bundled up, get outside, and have a blast- snow bunny-style! From a casual snow walk in the ‘hood to a day on my snowboard, I’ve surprised myself by how much fun I’ve had this winter.

John takes Cholula on ski tours in Summit Park pretty often. He sends lots of gorgeous photos from his iPhone (so sweet) that show lovely, snow-dusted pines and a smiling dog.

Looks like fun, doesn’t it? The other afternoon, I asked him to take BOTH of his ladies onto the trails. 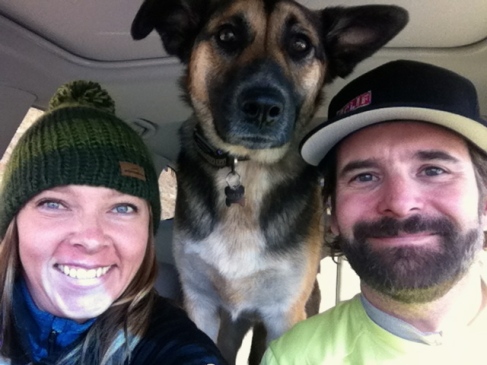 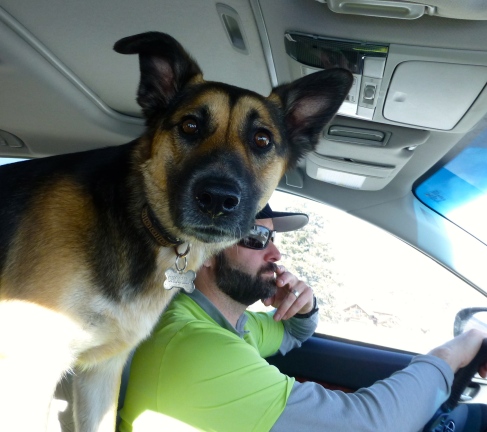 You might remember the Summit Park trails from my summertime explorations. There was the time that Cholula discovered squirrels and we rescued Petey. And remember when I followed The Road to WOS? For some reason, I hadn’t thought of these trails as hike-able in winter. But the parking lot was almost full when we pulled up. (Cholula was too anxious to pose properly for a photo.) 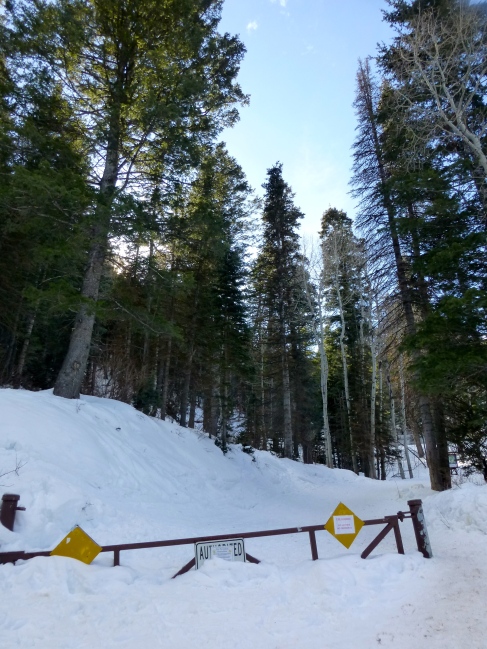 The snow was pretty packed down, the result of many hikers and no recent snowfall. Though the trail looked completely different covered in snow, a few sections were familiar. If I looked up at the sky through the pines, it could have been June. 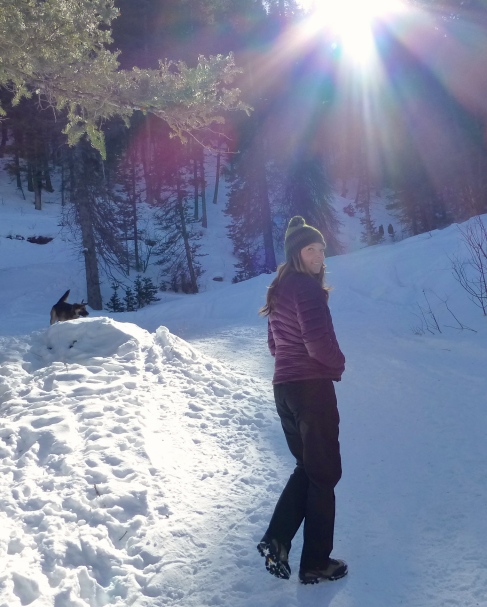 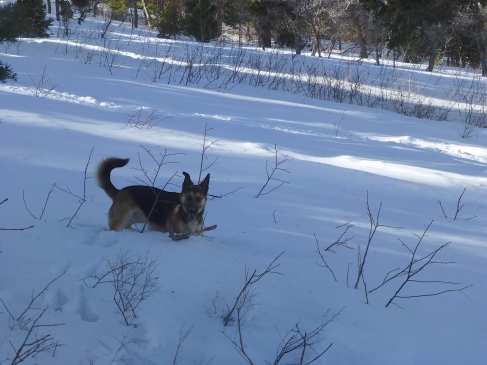 Cholula was clearly comfortable here, bounding around like an antelope and toting around a stick that was far too large for fetch. I recognized the road we stomped up from a greener visit. 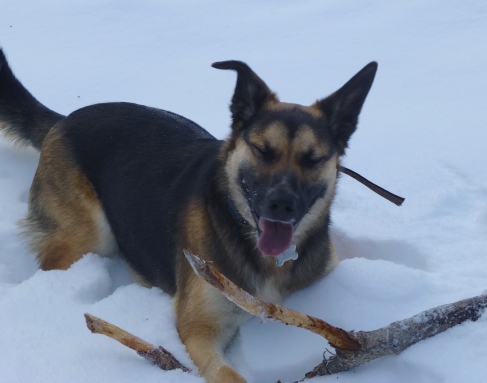 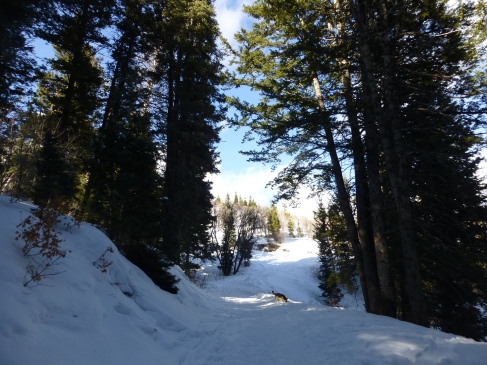 We shared the trail with skiers, skinning their way up the hill to ski back down. There were quite a few hikers with dogs, some wearing snowshoes. We stopped to chat with a group that had a teensy 9 week-old bull mastiff/lab mix, who bravely toddled right up to Cholula to say hello. And later, we met Tuck, a gigantic white Yeti beast who must have been young- he flopped around like a gangly teenager and flirted incessantly with Cholula.

As we passed by the trail signs, I recalled our summertime jaunt. 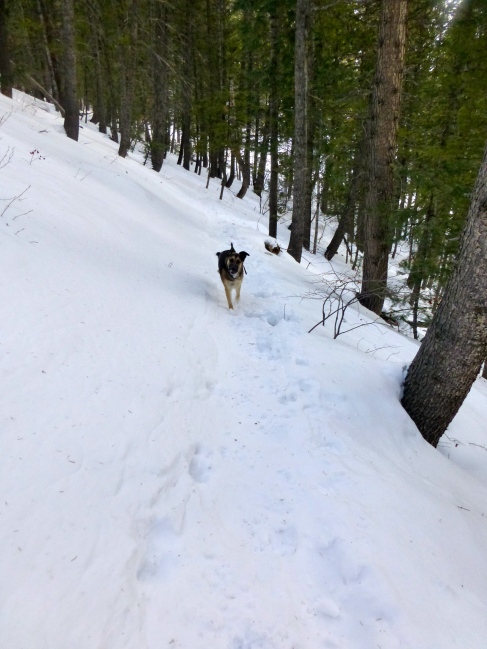 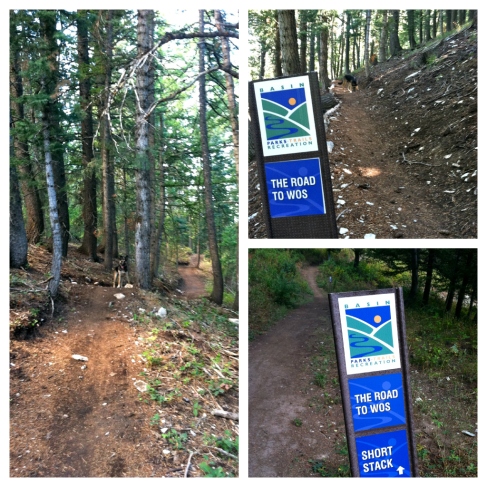 (I’ll never give up trying to get that perfect Mama-doggie shot!)

We spied large moose prints all along the narrow part of the trail. Luckily, they weren’t recent prints- a Cholula-moose run-in would have changed the afternoon a bit. 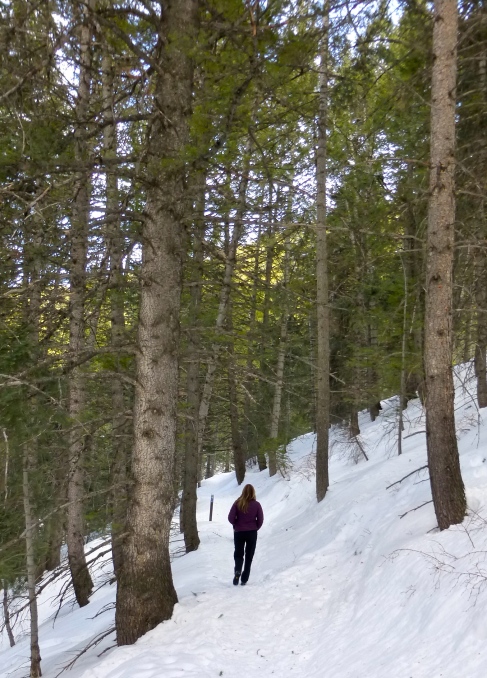 By the time we returned to the car, our fingertips and toesies were tingly. A light snow had started to fall- it was the perfect time to end our little adventure. As we pulled out of the lot, another Subaru occupied by a guy in ski gear and two very excited dogs pulled in. How lucky to have such a playground for humans and hounds, this close to home?

Cholula was half-napping before we even left Summit Park. When we got home, she snuzzled me with puppy-gratitude, placed her paw on my shoulder in contentment, and sighed her way into dreamland. 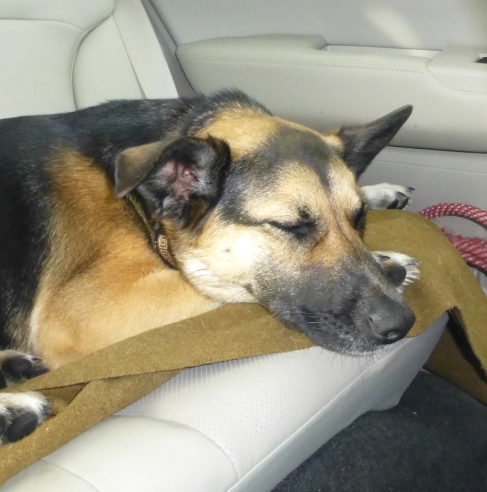 Confession: Laying next to a happy dog, my toes warmed in slippers and that post-exercise hum still in my body, I felt pretty content myself. 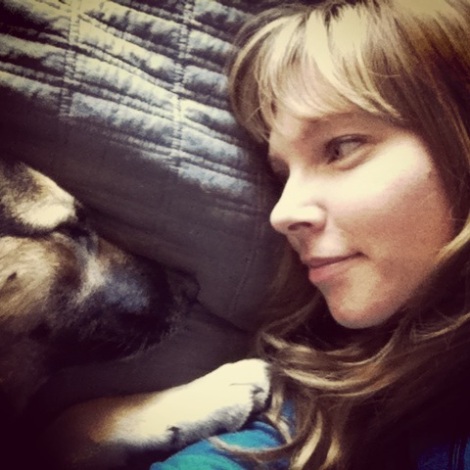