I think John needs an intervention.

This weekend is the big Outdoor Retailer Show, summer version (I talked about it here). Our friends have had a booth at the show for 5 years now, and we were able to spend some time there today. I thought it would be fun to amble around the show, casually checking out the up-and-coming products for our outdoor playtime, maybe pick up a sample or two. John? Oh, he was on a mission. He needed sunglasses, and he couldn’t focus on anything else until he got them. 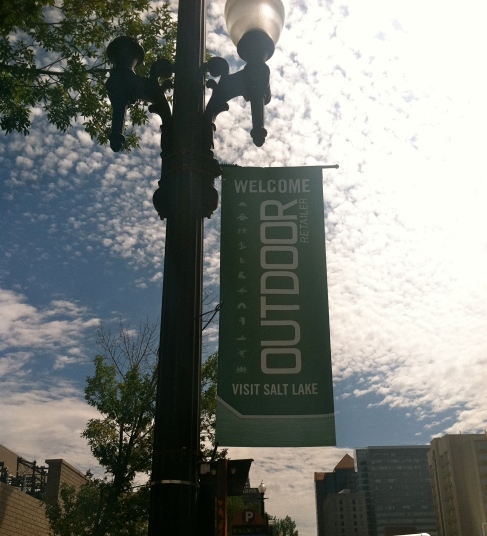 There were plenty of distractions on the way to the Sunglasses Fix. Despite the 95 degree heat in Salt Lake City today, we stopped to check out the vendors and displays set up outside before heading into the madness. A tent city was set up across the street from the Salt Palace. Guys were doing jumps and tricks on slacklines. Music was pumping from somewhere, and a girl cruised by on a motorized ice chest.

We stopped to check out an awesome tent-trailer set-up, but determined that Betty still reigns supreme in the COOL category.

The OR Show is held at the Salt Palace, a convention center right downtown where the Utah Jazz used to play. The building has some cool architectural detail and is HUGE inside. 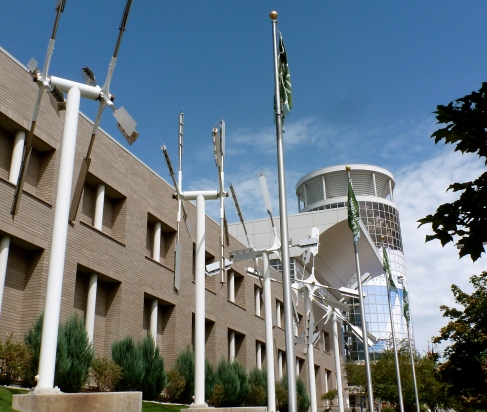 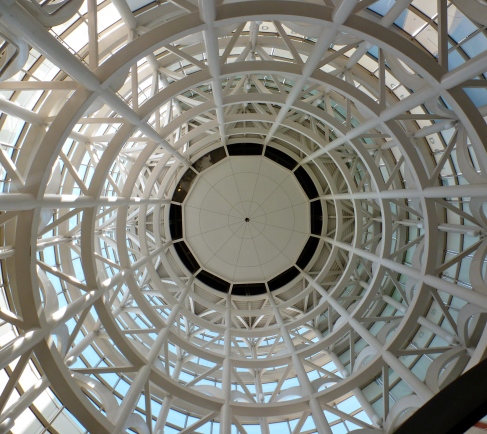 Once inside, it’s a maze of every imaginable piece of outdoor equipment on display. From apparel to paddleboards to shoes to backpacks to camp gear, literally everything you’d ever need for an active lifestyle can be found here. It’s an opportunity for small companies to showcase their products, and a stage for the big guns to demonstrate their latest and greatest. 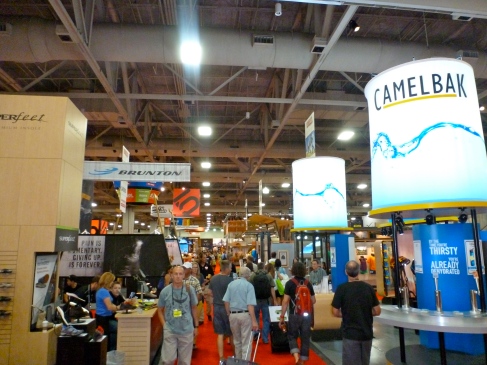 We stopped at our friends’ booth, all of the Elemental Herbs products on display (including the newly released tinted lip balm with SPF!).

I spied a couple of cool camping-related booths, one with a grilled cheese sandwich contraption for over the campfire (brilliant). The outdoor cooking scene can get pretty fancy these days, as well. Even after seeing cool grill tables like this one, I think I still prefer the standard Coleman stove!

It was surprising to see how many dog-related booths there were. From all-natural doggie treats (I got samples!) to fancy leashes and collars, there were multiple options for playful pups. We stopped at one and grabbed a toy for Cholula, for whom ‘active lifestyle‘ is an understatement.

Then, when he was unable to wait any longer, we beelined it for John’s intended destination for this year’s show- the Kaenon booth. They sell really nice polarized sunglasses, which are awesome for fishing and also for being on the paddleboards. After trying on multiple pairs, we made our selections. I felt John’s tension fade a bit, now that he had attained what he wanted. He kept looking into his bag, talking gleefully about his purchases. It wasn’t until we got home that I realized he may have a problem. And I’m afraid I enabled him. 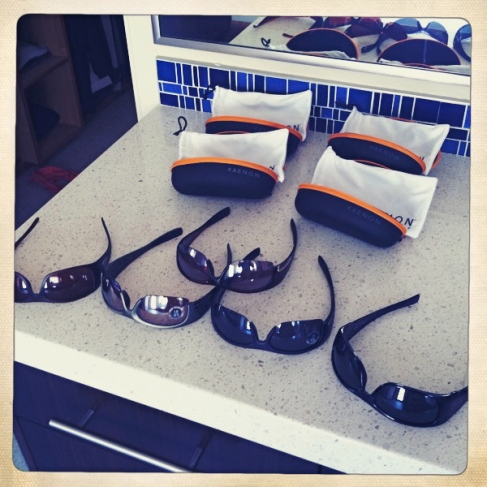 His acquisitions on display, he tried them on time and time again, glancing at his reflection in the mirror. He brought out some other sunglasses he already owns to compare them with the new ones, and I started to do the math in my head. Who needs so many pairs of shades?

Instead of addressing the issue, I avoided it. I gave Cholula her squeaky firehose-turned-chew toy, which she promptly destroyed.

And then, seeing how happy it was making him, I joined John in the sunglasses fashion show. I found myself rationalizing the situation in my head: Eye protection IS important, and there are worse things to be addicted to…right?

Plus… we look cool.

I’m considering a search of his gear closet later for stashes of hidden, unused sunglasses. I’ll steer him away from any seasonal sales on shades, now that we’re nearing the end of summer. He hasn’t admitted that he may have a weakness… but until he starts wearing two at a time, I don’t think there’s reason for alarm.