I knew my dog is part fish. But she’s also got some serious diving skills.

We’ve had a house full of friends since Wednesday, which is awesome. This house was made for hosting guests! But it’s thrown Cholula off a tad, with intriguing toddler noises, many people in and out, and all sorts of new smells. So we treated her to an afternoon in the water.

Summer is still green and colorful up in Park City, bees buzzing around blooming flowers and butterflies fluttering about. While Cholula reacquainted herself with the doggie version of Olympic diving, I snapped a couple of happy photos. 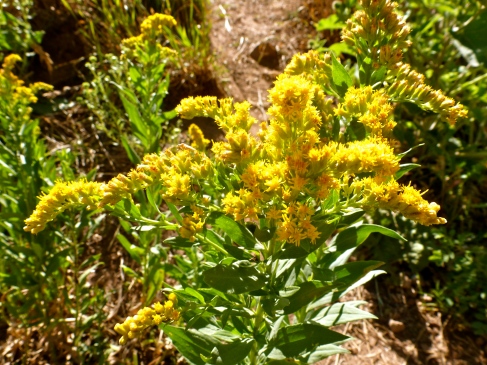 A tennis ball and a deep section of the creek equals hours of entertainment for Cholula. It’s not easy to get her out of the water, even when she’s noticeably tuckered out. But it’s pretty awesome to see her launch off the bank after her ball. I can’t believe she just recently learned to swim! 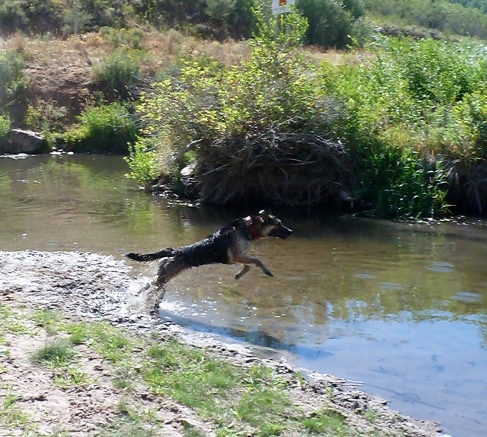 I mean, check out her mid-jump form! John is particularly proud of her distance and clearance (evidenced by his vocal encouragement in this video).

I’d say that jump is medal-worthy, wouldn’t you?

In her doggie universe, her prize comes in the form of an enthusiastic “GOOD GIRL!” and a full-body water shake. A happy hound is a happy Saturday.

And somehow, she didn’t even disturb the butterflies!

Go out and find something smile-worthy today!