I’ve got a thing for old cars.

If I had my choice of any car in the entire world, it would always be something vintage and classic. 100% of the time. My first three cars were all made before 1976 (the year after I was born)! You’ll recall my ’71 Beetle… 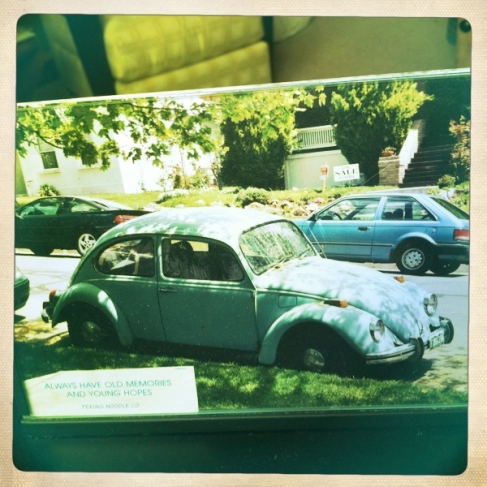 Each of my old cars had its quirks, and each had its own personality- which is why each had a name. (My 2012 Subaru does NOT have a name.) Much like old homes, it’s hard to beat the character of an old car. And you definitely can’t replicate it in something new.

I unexpectedly stumbled upon an old car lover’s dream the other day.

Part of Park City’s Main Street was roped off to allow the viewing of some of the prettiest cars I’ve ever seen, all Austin-Healey and Jaguar. 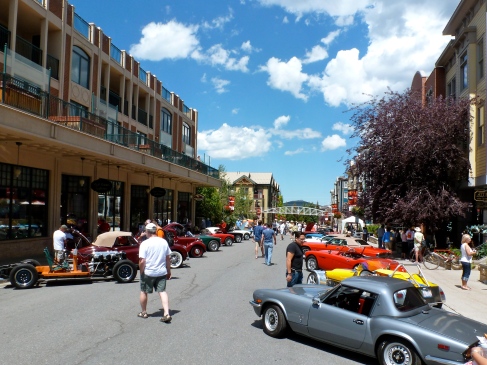 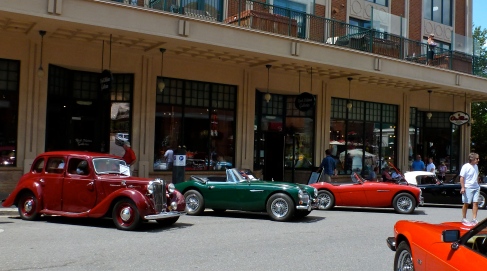 My intended destination could wait. This was too good. I took my time, strolling along these glorious vehicles, peering into their engines and imagining what it was like in the world when these babies were brand new. 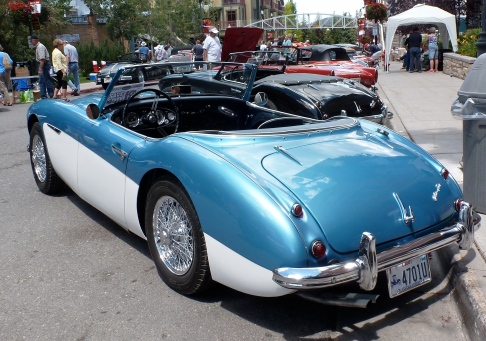 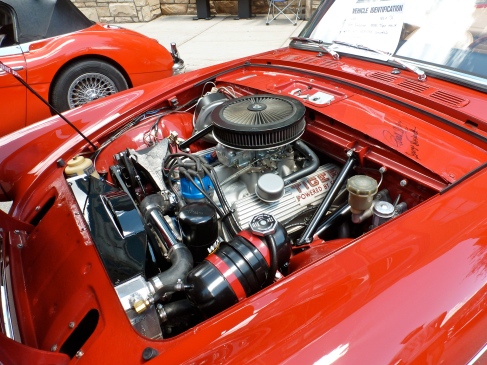 I came across the same car that Austin Powers drove, minus the Union Jack paint job. 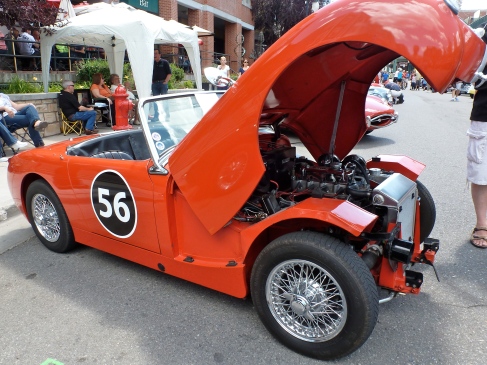 I gazed at one thing of beauty after another, all unique and lovingly restored. 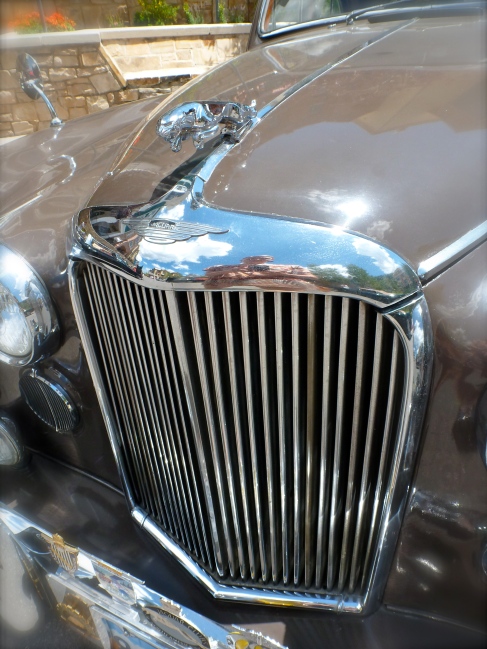 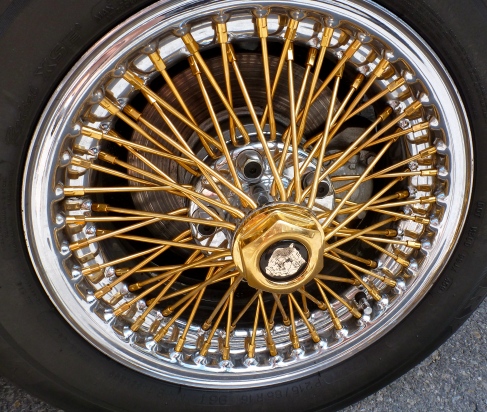 There was a line-up along the side of newer Jaguars, years 2002 or 2003. I had no idea why they were part of the car show and, frankly, they looked ridiculous next to the jewels from the past. Why is my Dad not in town for something like this?! 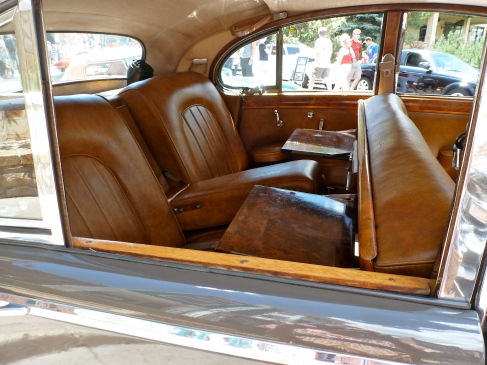 Old-school travel trays in the back seat! Uber-chic.

This beauty was the star of the show, a 1959 Jaguar Mark V with an awesome tool set in the trunk.

How sweet is that toolbox? 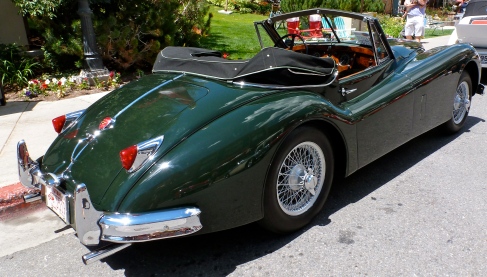 Those adornments in front of the grill were awards of some kind. Some cars had one, some cars had many.

As I prepared to leave, I glanced up at the rows of cars, glinting in the sunshine with Park City’s Main Street beyond. What a welcome distraction!

It’s true what they say: They don’t make them like this anymore.