A couple of weeks ago, my friend, momoftwosalums, suggested that we both choose a recipe that we were intimidated by, make it on the same day, and blog about it. I’ve been challenging myself to make a new recipe each week, and this was an added twist that would make it even more fun. New friends are awesome.

But what to make?

I’m certainly not afraid of trying something new in the kitchen- it’s one of my happy places! But for some reason, making fish at home has always seemed HARD. No matter how many people told me that fish was one of the easiest things to cook, I’ve directed my culinary efforts elsewhere. It sounded like the perfect foodie challenge to me.

John found two beautiful swordfish steaks at the fish market, so I did a little research. I think fish is always most delicious when it’s prepared simply, so that was my approach. Besides, I wasn’t concerned with following an elaborate recipe. I already know I can do that. I wanted to learn the process of grilling a piece of fish properly at home. I chose a straightforward recipe, appropriate for summer, and enlisted a coach- my live-in chef/hubby-to-be. (He’s also the resident grill master, so I was feeling the pressure to do well!)

First, I put together the marinade- simple and fresh flavors. The thick, marbley swordfish steaks swam in my concoction for an hour or two. 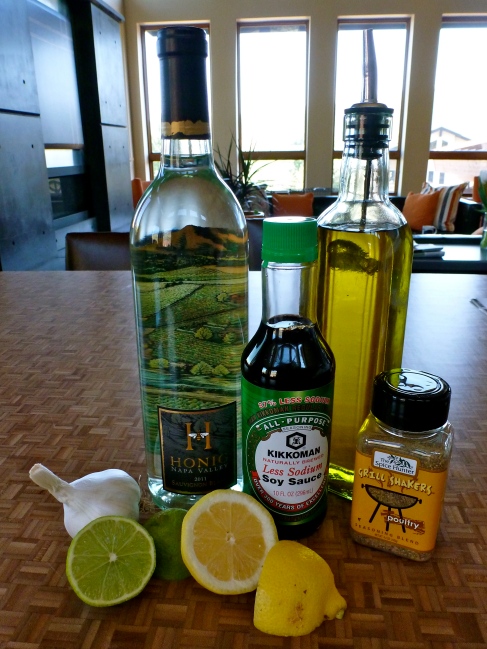 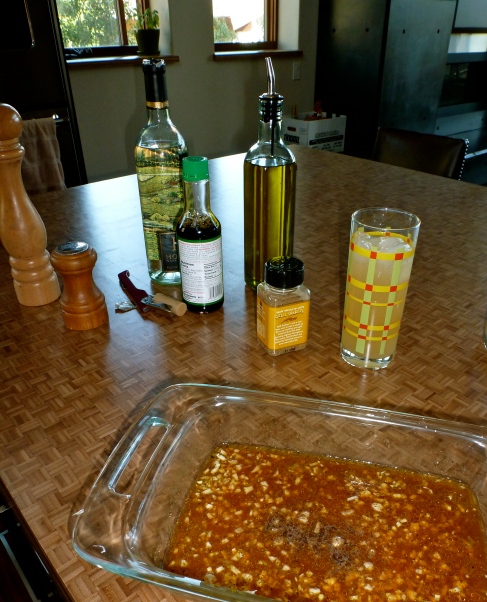 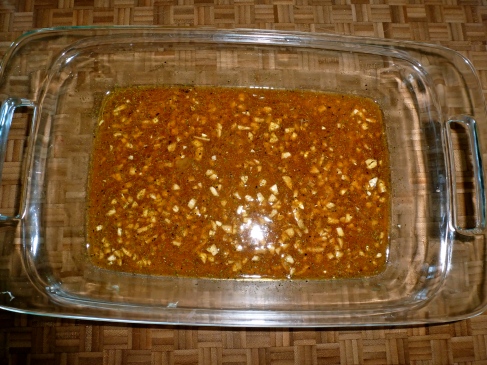 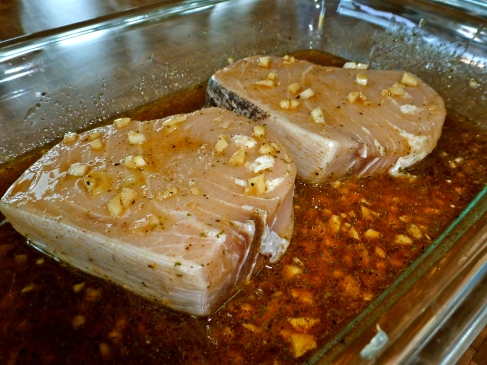 (I enjoyed this portion of the process. It meant I had time for a cocktail.)

My coach explained the basics of grilling fish. Despite the stellar weather, I opted for our indoor grill, mostly because I’d never used it and wanted to know how it worked. John demonstrated Rule #1 for grilling fish: a clean grill. 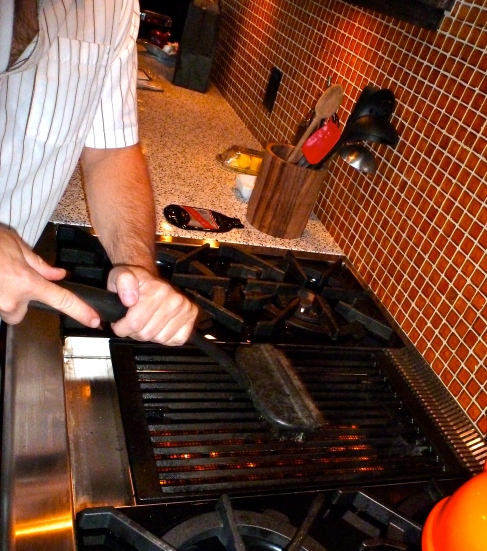 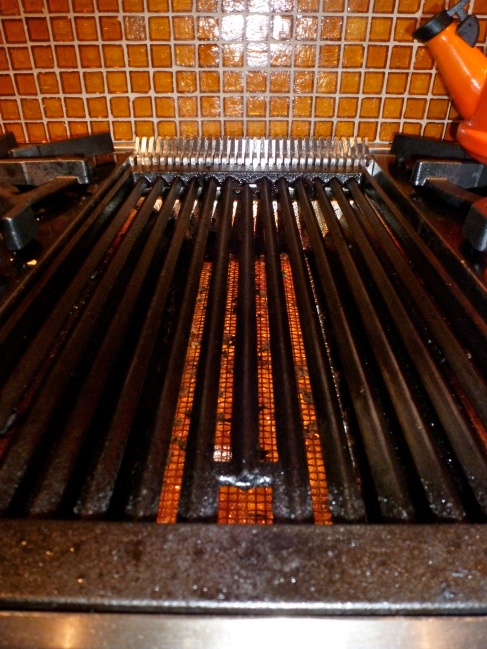 After a brief tutorial entitled, “How to Make Pretty Grill Marks,” it was GO TIME. I loved the sizzle the fish made as soon as it hit the heat! 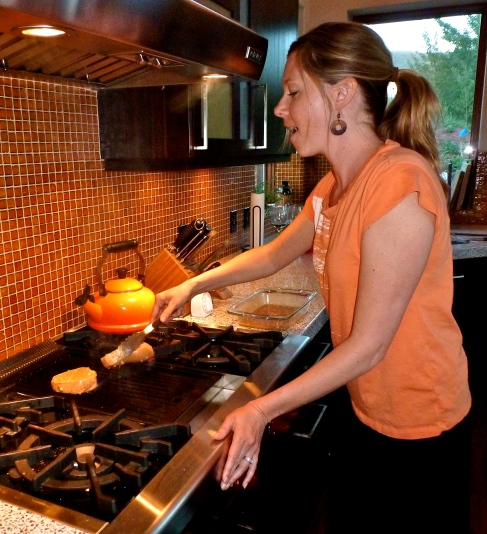 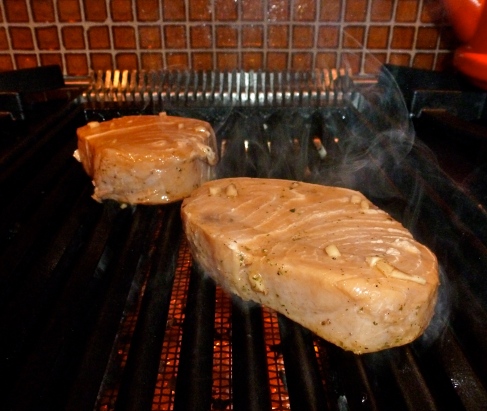 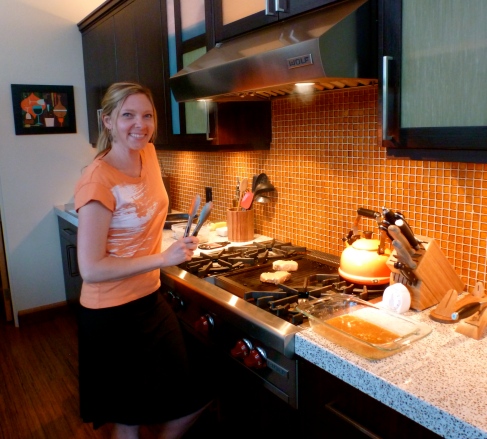 My coach was also kept busy as photographer, but was able to clearly instruct me during the grilling process. From the angle to turn the fish for 45 degree grill marks to how firm the steak should feel when it was almost done, he did an awesome job. I feel like I learned a lot from his tips- and I’m pretty sure he was proud of me. 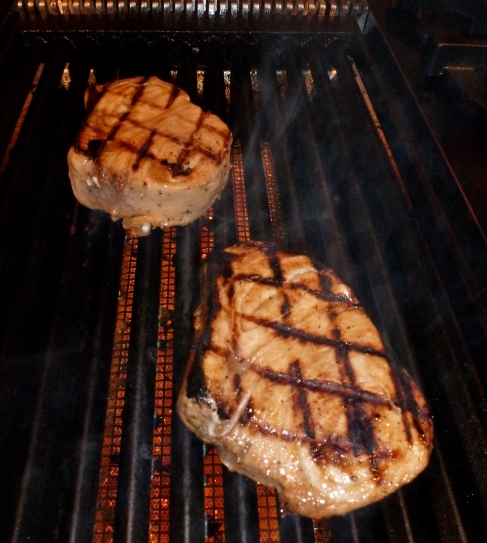 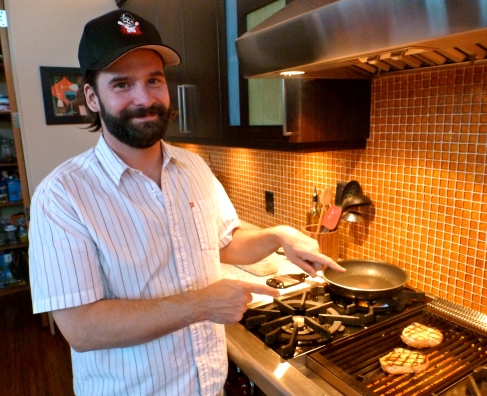 Knowing that the swordfish recipe itself was pretty basic, I made a fresh Caprese salad with a lovely heirloom tomato. Along with some leftover asparagus and rice from last night’s dinner party, we had ourselves summer on a plate! 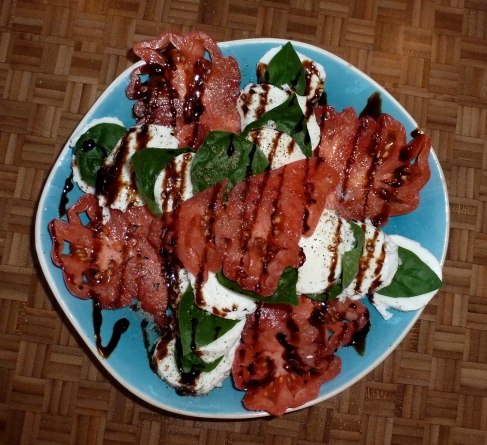 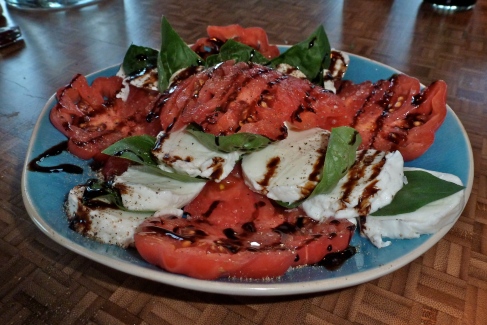 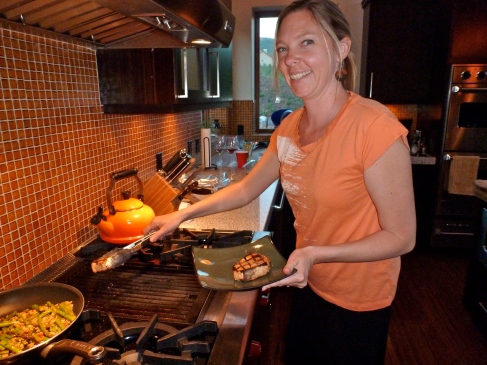 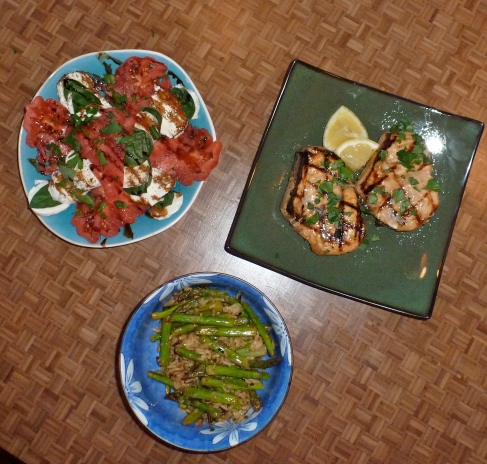 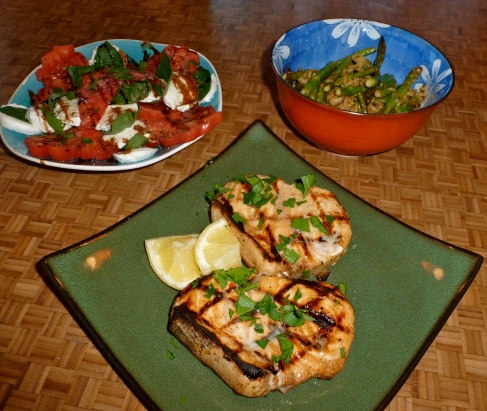 For me, the best part of cooking is the satisfied “Mmmmmm!” that I hear from the people I love. The swordfish got a lot of those- from me, too! Thanks to my coach, both steaks (though different thicknesses) were grilled to perfect doneness. The marinade was light enough to let the flavor of the fish be highlighted. And though they aren’t perfect, I think those are very pretty little grill marks.

Next time, I’m going to try a different type of fish. I’m sure the process is pretty similar, but I’m interested to see what changes I need to make in order to cook a differently textured fish. I’d also like to tackle the outdoor grill next time.

Now that I know the basics, I’m ready for a fish dish that is a bit more complicated. Suggestions? Send them my way!

The co-blogging adventure was super fun, too!  I wonder how my friend did with her foodie challenge today…?