Motherhood has transitioned from “Who am I kidding? I can’t do this!” to “This is still ridiculously hard but I haven’t killed him yet…” Life certainly has more meaning, but a lot of things have changed. One of the things I miss most in these first months with my time-stealing little munchkin is the freedom to get creative in the kitchen. The name of the game in the kitchen these days is EASY. So when I do get the opportunity to make a meal, the recipe has to be straightforward without, of course, sacrificing flavor. These spicy shredded pork tacos were a huge win!

Do you remember the incredible Cuban Sandwiches I made this fall? I was amazed at how tasty the pork was with so few ingredients. I decided to try adding more veggies to the dish and tossing it all into a taco. Everything tastes better in a taco, am I right? During one of Oden’s naps, I started by chopping an onion and slicing up a bell pepper and a jalapeño. Rainbow cutting board alert!

The veggie prep is the literally the hardest part of the recipe. I placed a pork loin in a baking dish, drizzled it with olive oil, and sprinkled it with plenty of salt and pepper. Next, I tore open a packet of dried onion soup mix and poured it all over the pork. Here come the veggies! I nestled them all around the pork loin before adding a cup of chicken broth to the bottom of the dish. That’s all there is to it, and it only took about ten minutes! 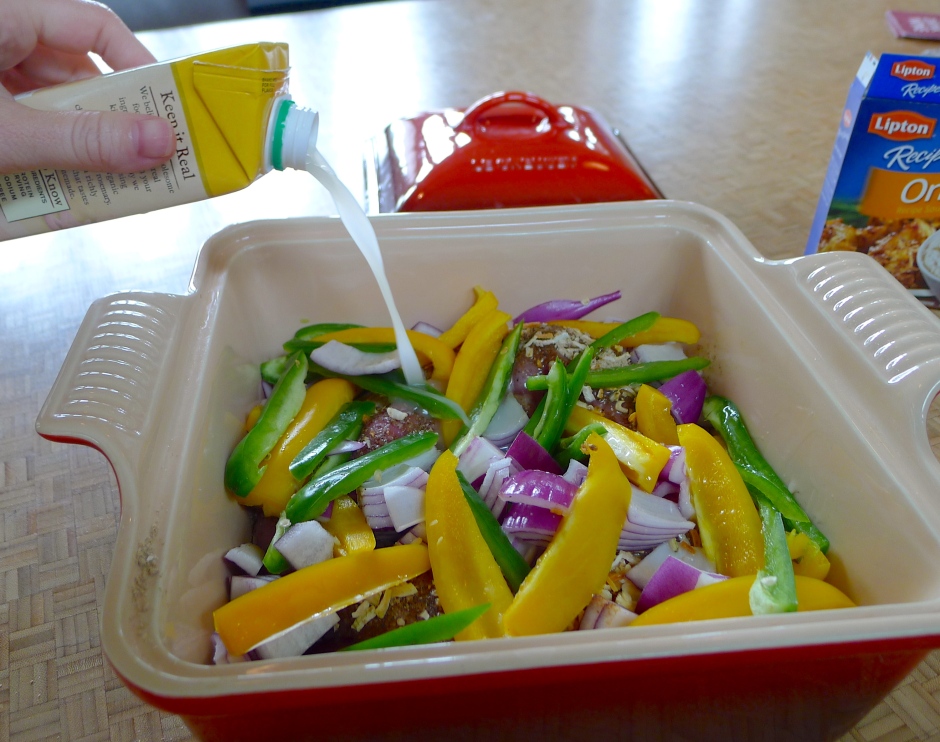 I wrapped it tightly with foil and tucked it into the fridge until it was time to cook it. I baked the pork in the oven, starting at a hot 400 degrees for a half an hour and then turning it down to 250 degrees for three more hours. (Next time, I might try using the crock pot to keep the kitchen cool during summertime: a half an hour on high heat, then three hours on the low setting.) Don’t peek under that foil- let the oven work its magic!

When the timer went off, I took the pork out of the magical juices and shredded it with two forks. I also removed the super-soft veggies and set them aside in a bowl to put on our tacos. I put the shredded pork back in the juice to stay moist and soak up all of that spicy onion-jalapeno flavor. Succulent! 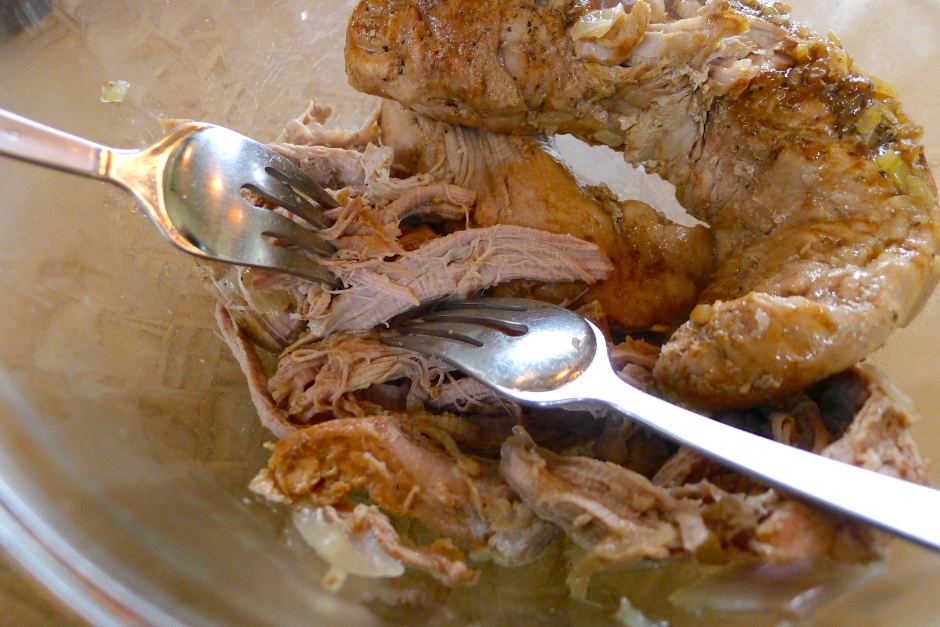 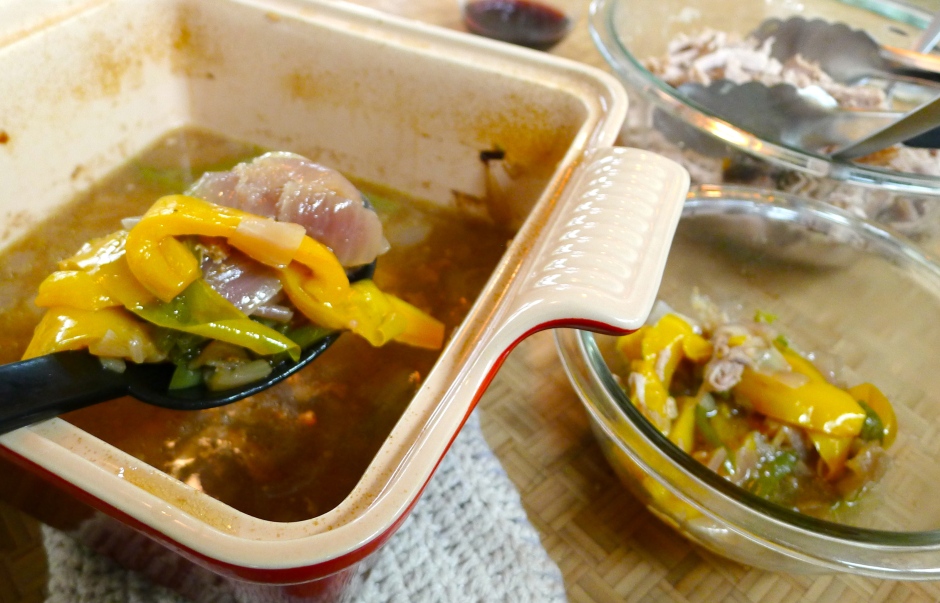 I quickly turned some flour tortillas over the burner on the stove because I love that added char flavor. I made some makeshift Spanish rice using a can of diced tomatoes and some diced green chiles. For taco toppings, I used what I had on hand- chopped kale and cherry tomatoes, plus the onions, peppers, and jalapenos from the baking dish. I also added sliced jalapeños for more heat! Aren’t these tacos gorgeous? 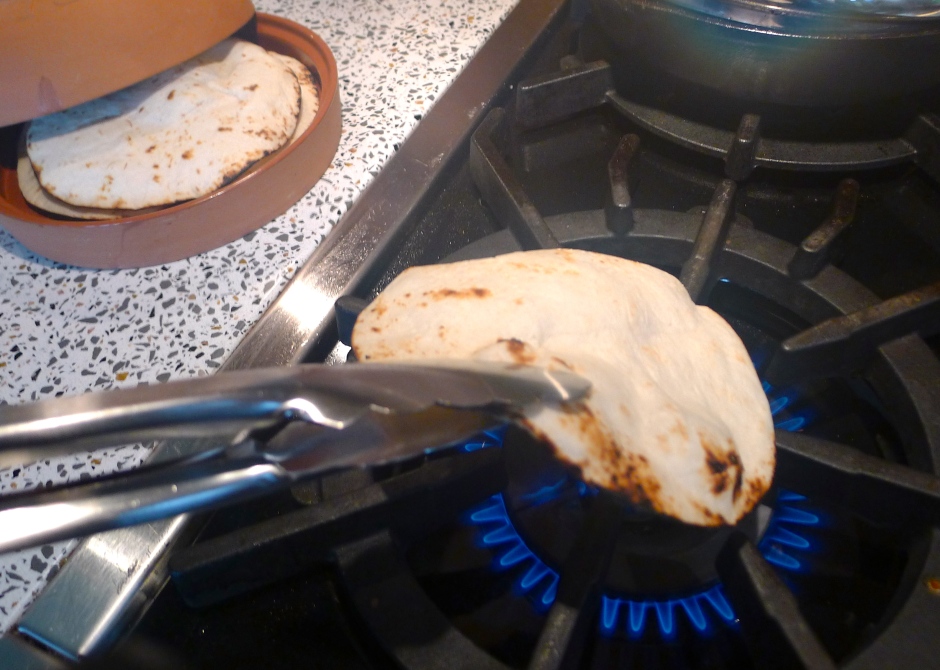 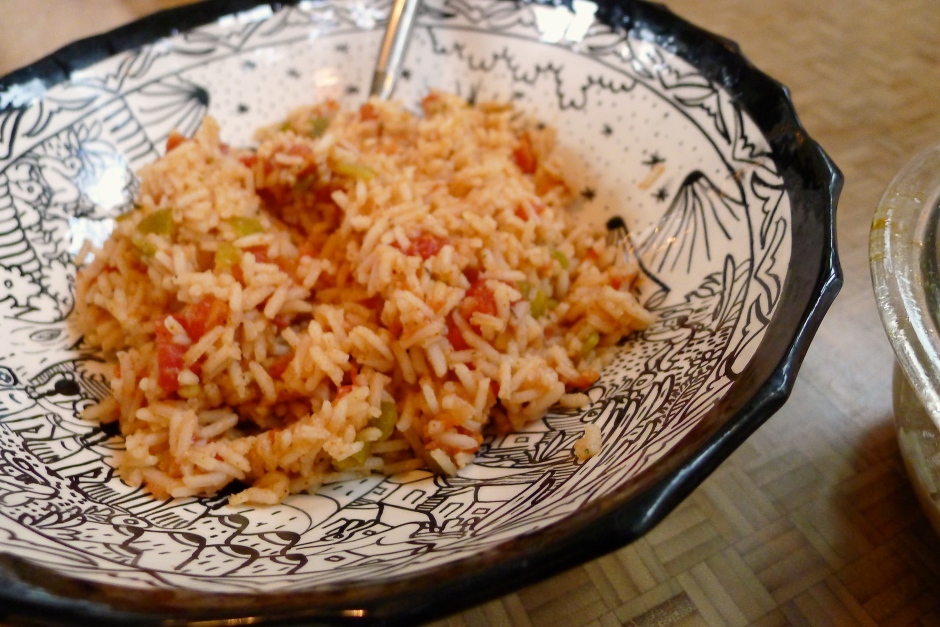 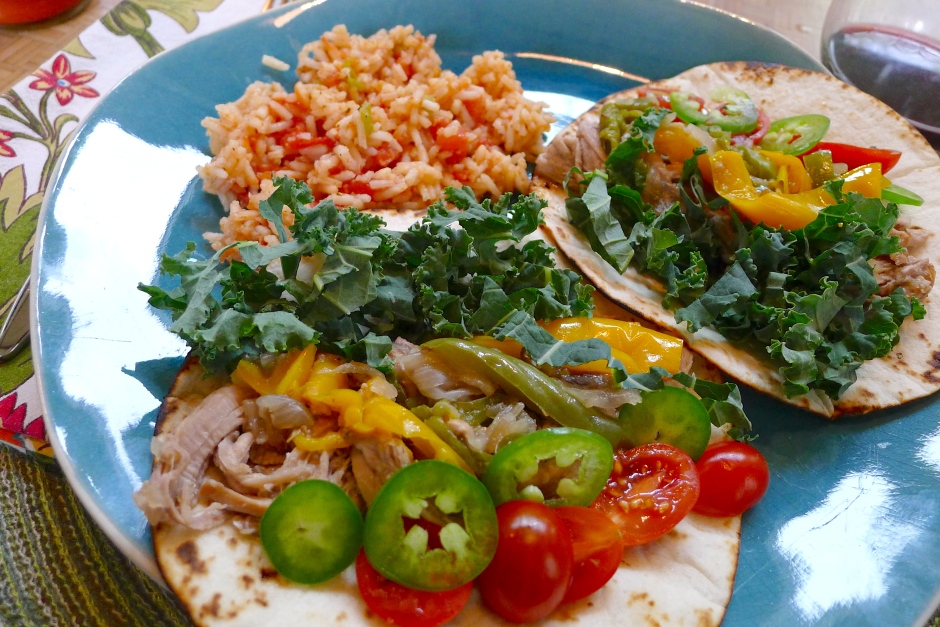 Just like in the Cuban sandwiches, this pork is beyond flavorful and so tender! The amount of work is minimal and the payoff is huge. The spiciness depends on how hot the jalapeño is, but removing the seeds takes away some of the heat if you don’t like it HOT. The pork is so juicy with rich onion flavor. This is a simple dish that’s perfect for summertime and it will easily feed a crowd. I was right- everything tastes good in a taco!

Place pork loin in a baking dish. Drizzle with olive oil and season well with salt and pepper. Sprinkle with the soup mix. Place the onion, bell pepper, and jalapeño around the pork. Pour the chicken broth into the bottom of the dish. Cover tightly with foil and bake for 30 minutes.

After 30 minutes, reduce heat to 250 degrees and bake for 3 hours (don’t peek!). Remove the pork from the juices and shred with two forks. Remove the onion and peppers from the juice with a slotted spoon and reserve on the side. Return the shredded pork to the juices to stay flavorful and moist.

Serve on charred flour tortillas and top with the reserved onion and peppers, along with your preferred taco toppings. Cheers to simple recipes that taste fabulous and finding another thing to make into a taco! YUM.