My husband is an egg-lover.

He frequently requests homemade quiche for dinner. I make variations of this spring quiche and these little egg-y bakes often, serving them with an arugula salad with balsamic dressing. Scrumptious!

We were in the market for a meatless Tuesday, and a veggie quiche was high on the list. But I wanted to try something new, so I scoured a couple of my favorite food blogs. It didn’t take long for me to come across the Spicy Zucchini Frittata on Shutterbean.

Shutterbean is a daily read of mine. Tracy’s posts are centered around food and drink, but she also shares pieces of her life in such a beautiful way that I’m often inspired. Her sense of humor while she cooks makes each dish seem approachable. She makes every recipe she shares look nearly effortless and positively scrumptious- and after making it, I can say that the frittata recipe was both of those things.

Being able to put together a fabulous dinner without going to the store is the best! In addition to the ingredients in the recipe, I decided to toss in some garlic and potato. I also used frozen organic corn instead of fresh-from-the-cob. I sliced up the zucchini, potato, a whole jalapeno, half of an onion, and chopped up two cloves of garlic. 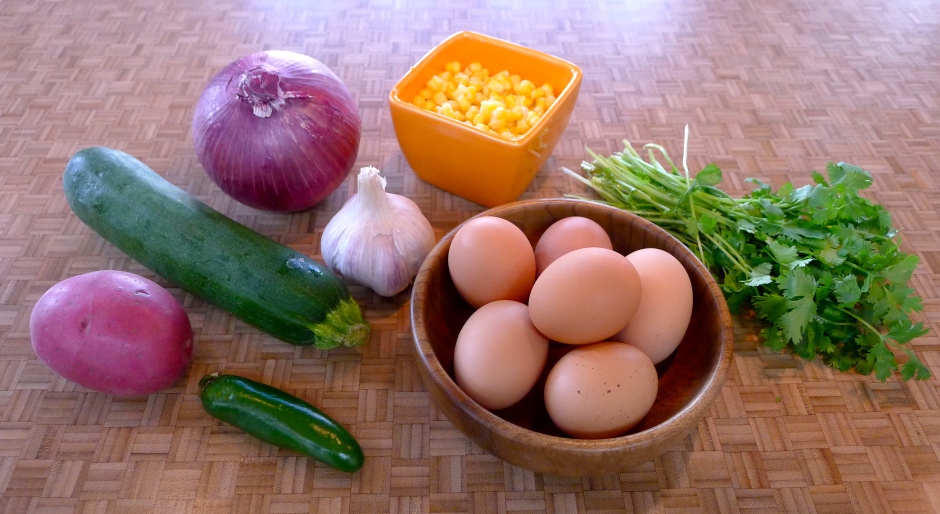 Part of what excited me about this recipe is getting to use my cast iron skillet. It was given to us by a friend when we were still dating, along with the wishes of many delicious future meals. We don’t use it often enough. I heated up the pan and added some oil before tossing in the onion, jalapeno, and (a minute or two later) the garlic. 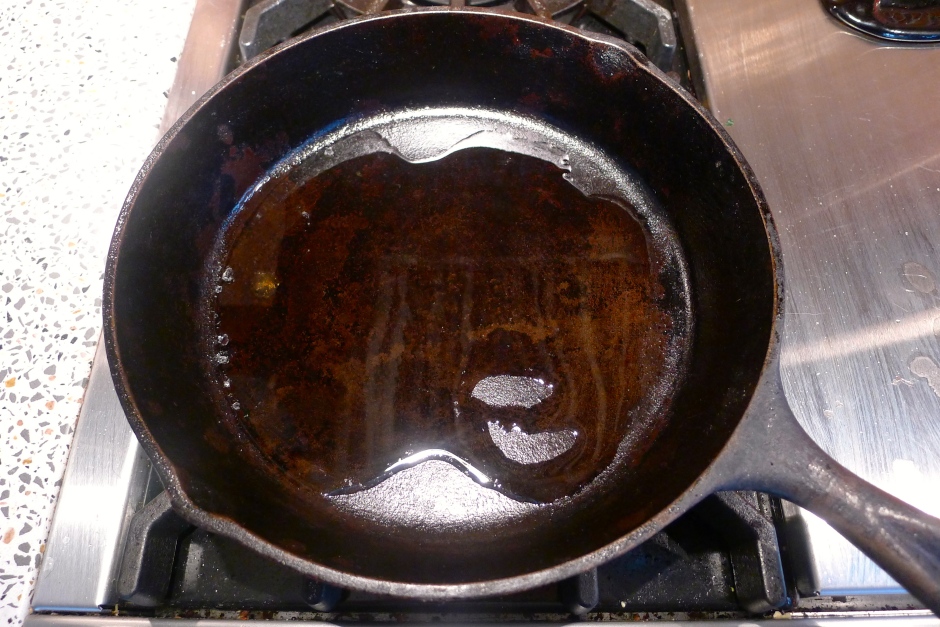 I’ll pause here to mention that the aroma of those three things sautéing on the stove is magical.

I’m not kidding when I say that this recipe is simple- I was surprised at how quickly it all came together! Once the onion, garlic, and pepper were starting to soften up, I added the slices of zucchini and potato. It was about now that I wished the cast iron skillet was a little bigger. I did my best to maneuver the big veggies around so they’d get a tad browned. Before they were tender, I added the corn. 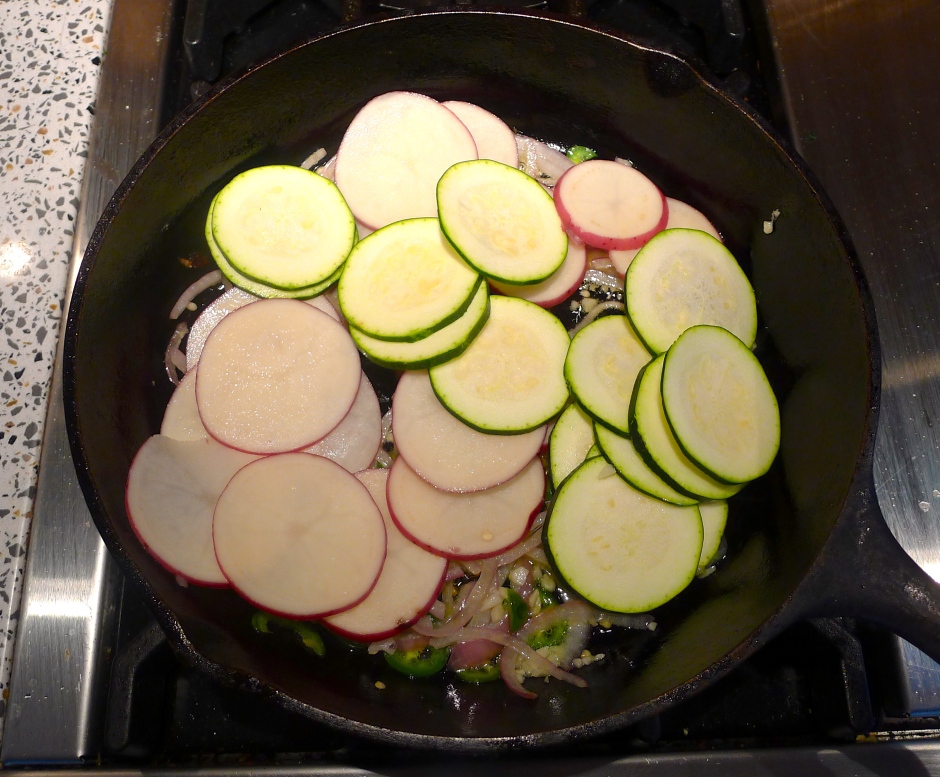 While the veggies did their thing, I whisked 5 eggs in a bowl with garlic salt, pepper, and a few Mexican seasonings (just a bit of cumin, paprika, and chili powder). 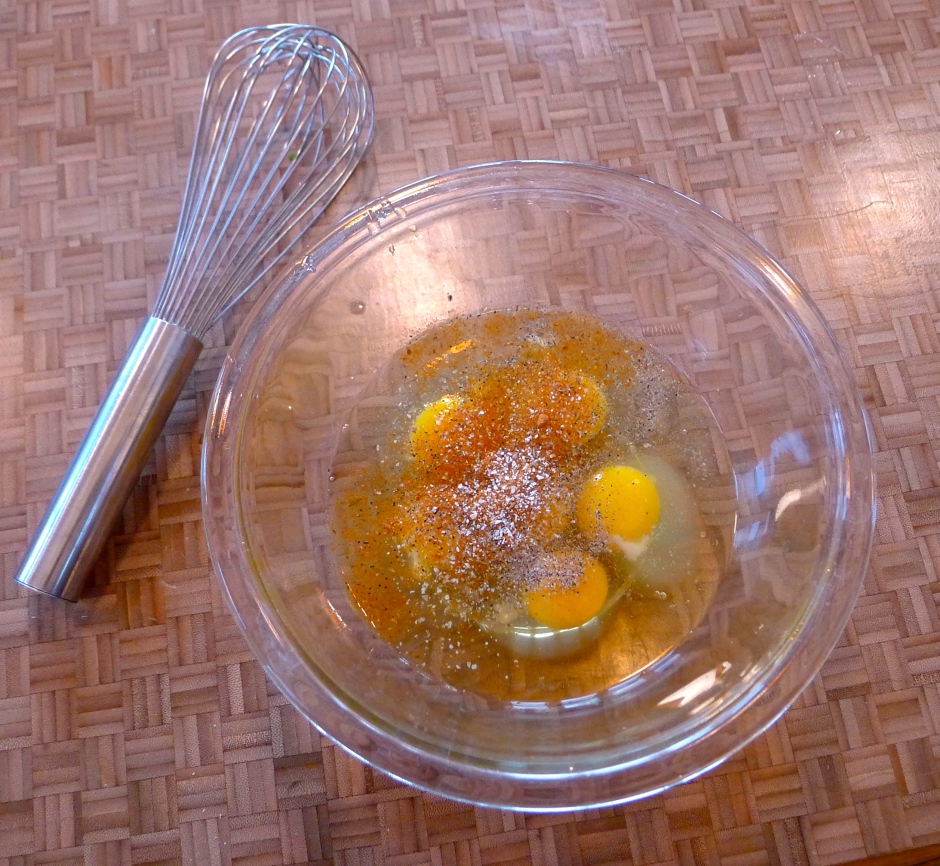 Tracy’s recipe called for more eggs, but my skillet is small…it was the right call. After arranging the potato and zucchini slices sort of evenly around the pan, I poured the eggs right over the veggies.

Guys, your table better be set by this point because this is happening. The edges of the eggs set rather quickly in the hot cast iron skillet, so I set the whole shebang in the oven under the broiler. I barely had time to chop some cilantro before the top of the frittata was browning and it was TIME TO EAT.

How gorgeous is this? I may have needed to whisk the eggs a tad more, but WOW. A sprinkling of the cilantro was the finishing touch.

Pardon the dim candlelit photos, and just trust me that this simple dish was super flavorful. The onions had caramelized a bit, and the zucchini and potato were just tender enough (not mushy). The spice from the jalapeno was perfect. (Some of us may or may not have added more heat with Sriracha.) 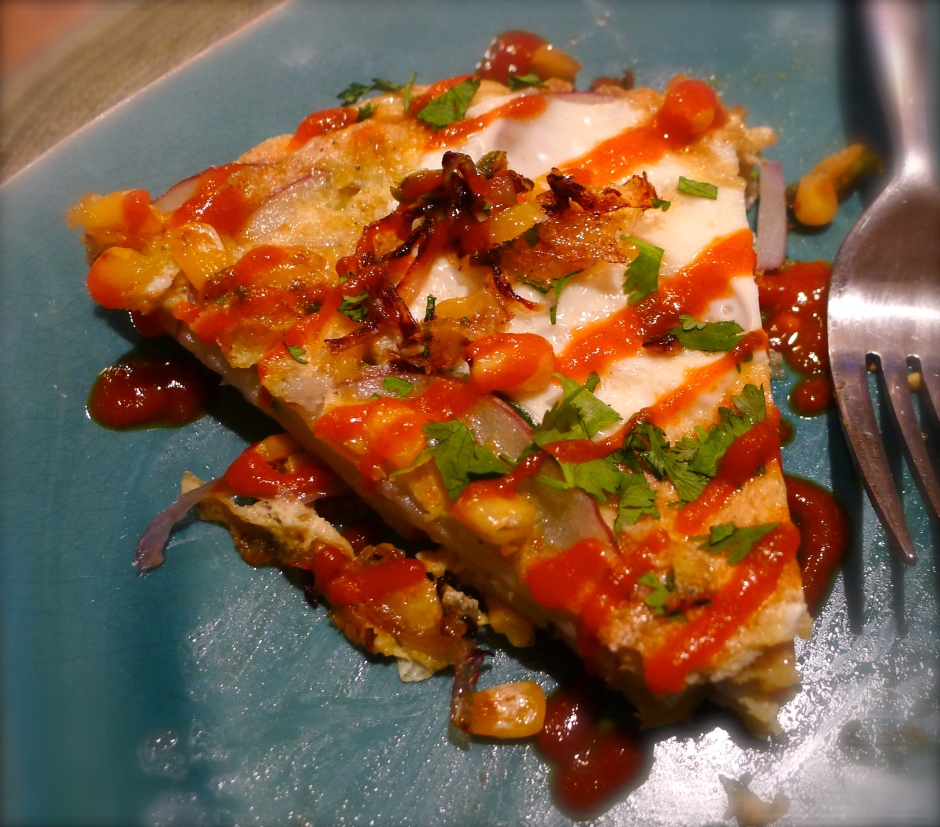 What we really enjoyed with the frittata was the lack of crust. Our desire for a light, meatless meal was met- it was simply veggies and eggs, and it was delicious. Save one slice for John’s breakfast the next day, there were no leftovers.

The skillet is small, remember?

In a bowl, whisk the eggs with salt, pepper, and seasonings. Pour it into the skillet over the vegetables. Cook until the sides are just beginning to set, 2-3 minutes.

Transfer skillet to the oven and broil until just set in the middle and lightly browned on top, 2-3 minutes. Serve slices with cilantro on top. No one will judge you if you eat the whole thing. YUM!