I kind of forgot about Halloween.

I’ll be getting married 4 days earlier, so I’ve been more concerned with my BRIDE costume than any other crazy outfit. There’s something so fun and freeing about dressing in costumes. You get to be someone else for awhile!  I’ve had some pretty great Halloween costumes over the years. One year, many years ago when I was much younger and apparently extremely brave, I was a hula girl. Long, black wig, coconut top, a grass skirt with a bikini bottom underneath, a lei, and flip flops. Did I mention this was in Durango, Colorado? Not surprisingly, it rained an icy mountain storm that night. For awhile, I faked it– I hula’d around, batting my glorious false eyelashes, trying not to shiver as the plastic grass skirt clung to my legs. When I finally had to admit to myself that it was FREEZING outside and I just couldn’t take it anymore, I improvised. I grabbed a pair of bellbottoms, a halter top, and a leather jacket from the 70s and called myself CHER for the rest of the night.

My requirement for any costume is that I get to wear false eyelashes. I adore them. I dug up a few classic photos of costumes I’ve worn over the years. For a friend’s 30th birthday, she threw an 80’s prom party. I actually wore one of my prom dresses from the 80s- it was the only one that fit, but that really didn’t matter. THEY WERE ALL TEAL. 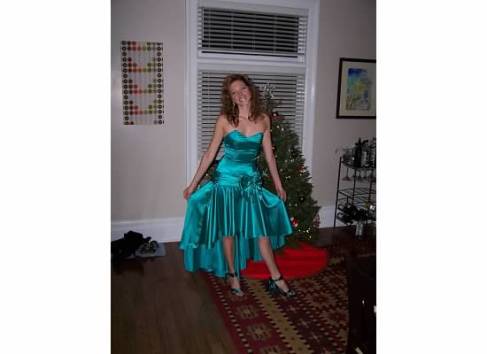 I was a cowgirl another year. Which meant I was lazy and wore things out of my closet and bought a toy gun. 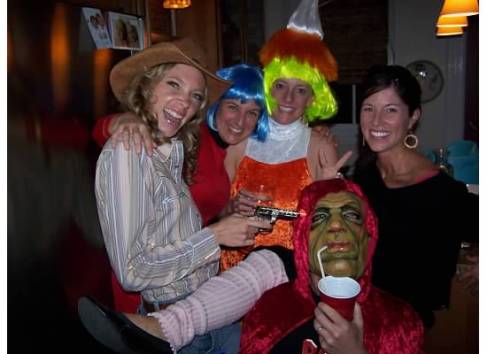 I was Little Red Riding Hood at another get-together. The theme was “Famous Couples” and my date was dressed as the Big Bad Wolf. Classic!

I’ve been a disco queen so many times that I’ve lost count. This was the year John was Ziggy Stardust.

Last year, when Hurricane Rina interrupted our Yucatan vacation, we got home a few days early and found ourselves with nothing planned on Halloween night. We rushed to the store to grab a few pumpkins for the porch, threw some candy in a bowl, dug into the closet for the most random costumes ever, and giggled at Trick-or-Treaters all night. 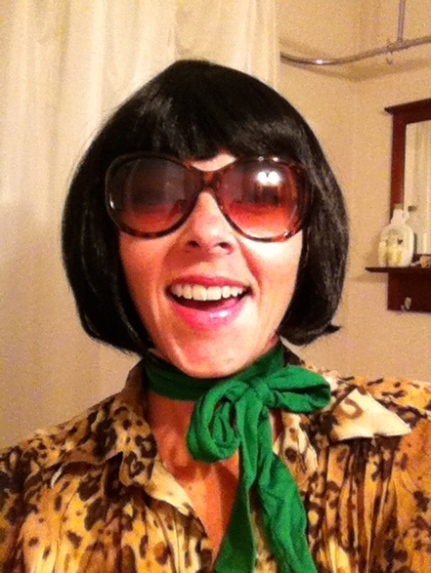 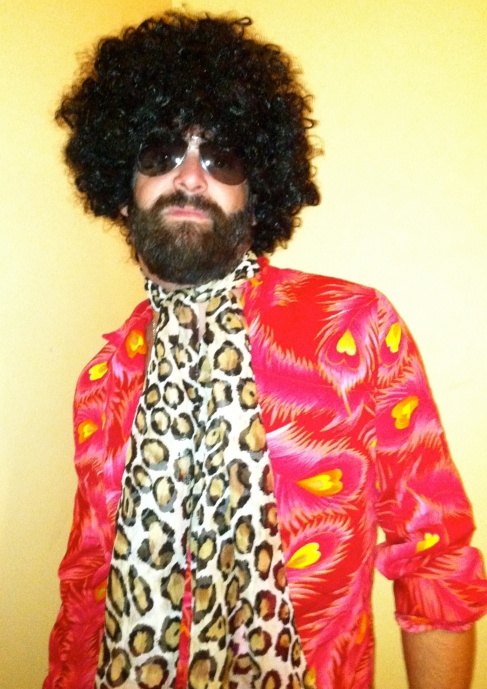 But I think the best part about Halloween costumes are the kid versions. After all, I guess Trick-or-Treating IS intended for non-adults. How adorable are tiny humans dressed up in costume?! I found a couple photos of my childhood- they make me so happy. 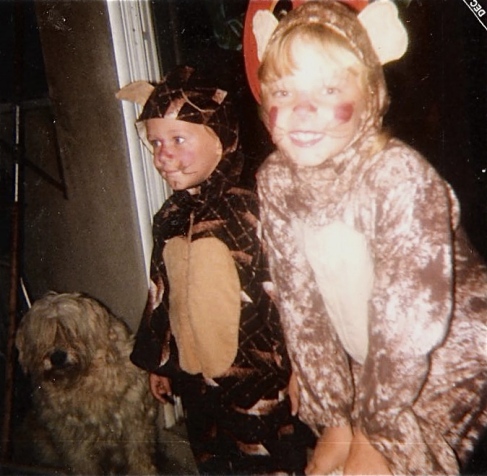 I found this online somewhere, but didn’t record where. I wish I had a toddler in the house so I could have this fried egg and bacon cap walking around. SO CUTE.

Do yourself a favor and check out these adorable kid costumes from Say Yes to Happy. Which is your favorite? I think mine is the bowl of spaghetti. Love.

When you go INCOGNITO this Halloween, what will you be?

I think this year, I’ll dress as a newlywed. I have no idea what that costume entails, but it makes me happy. 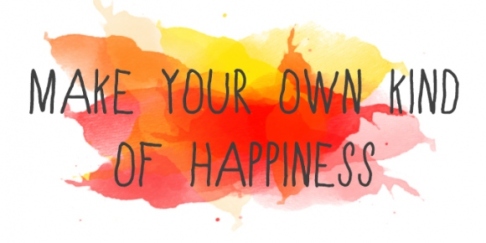 (Speaking of happy, I received a couple of unexpected shout-outs this week- you can read them here and here. They came from bloggers I admire and made me very happy. Thank you, 29 to Life and Modage Cottage, for the smiles.)