A peek at my photos from this time last year surprised me. Twelve months ago, I was at the top of Guardsman Pass…just like I was yesterday! 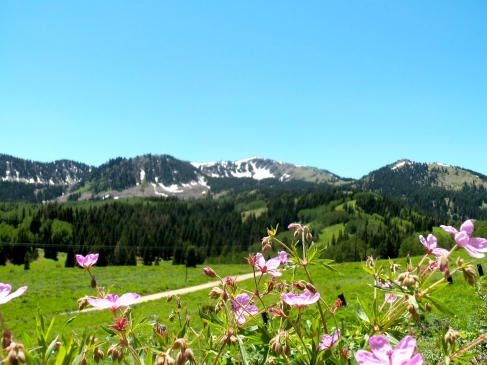 It’s interesting to note the amount of snow still on the mountains. I had forgotten about the insane rainbow of wildflowers still in bloom last July. Due to a horrible snowpack and early heat waves, we’re a bit further along in the cycle this year.

John had talked me into a hike, promising incredible views from the top of Clayton Peak. I remember being kind of mad during the hike. It was short but really steep, and I wasn’t prepared for that. When I wasn’t huffing and puffing, I was snapping photos. Shocking, I know. 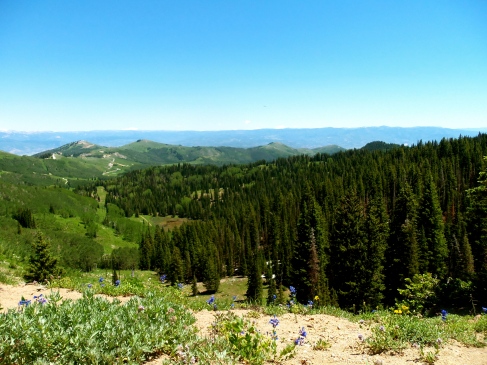 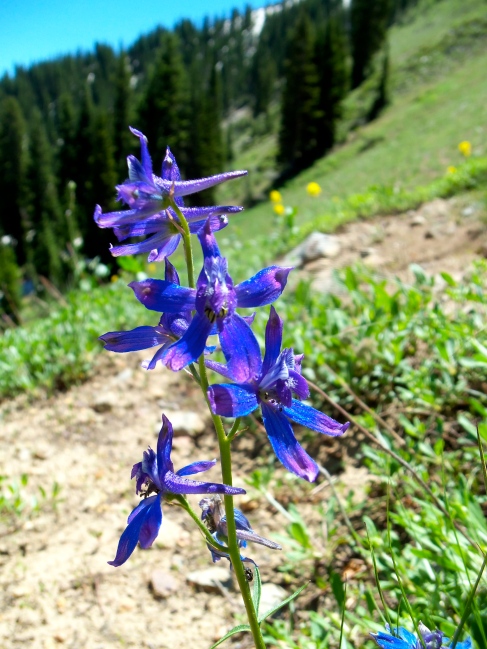 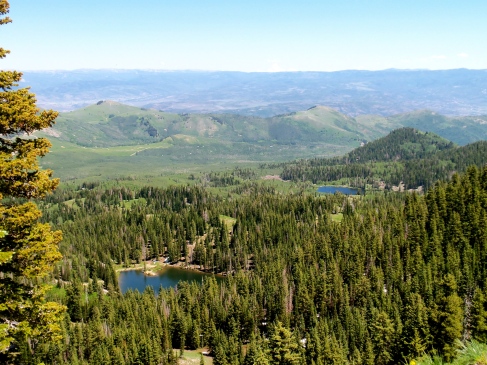 Those lovely patches of water below us are Bloods Lake and Silver Lake. I’d taken a dip in Bloods Lake the previous August, and let me tell you…melting snow makes for FRIGID mountain water.

After the steepest part of the trail, I was able to breathe and enjoy the high mountain beauty around me. Hot as can be in the Salt Lake Valley, it was still springtime up here. There was even snow on the ground. 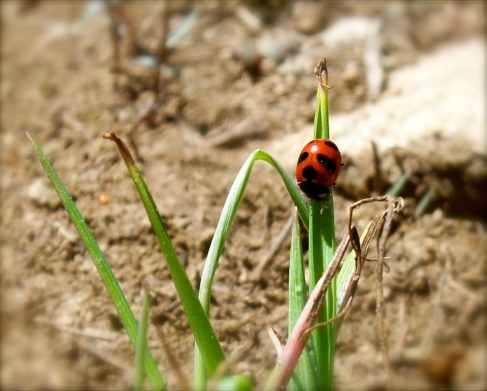 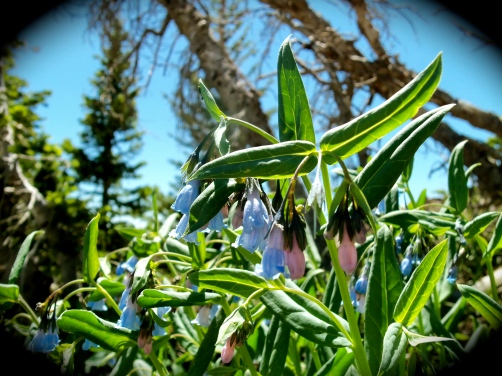 The view from the top was worth every huff and puff. Clayton Peak is also sometimes called Mount Majestic, and you can see why. 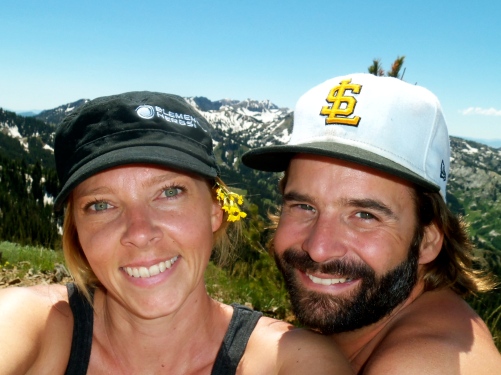 Butterflies and more wildflowers led us down the hill toward the little lake. We stopped to grab a towel and bathing suit, though my memory of the icy water was flashing through my mind. 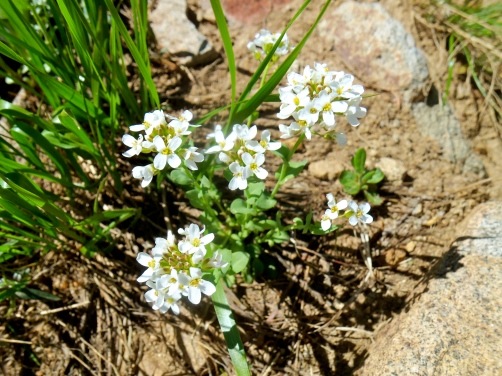 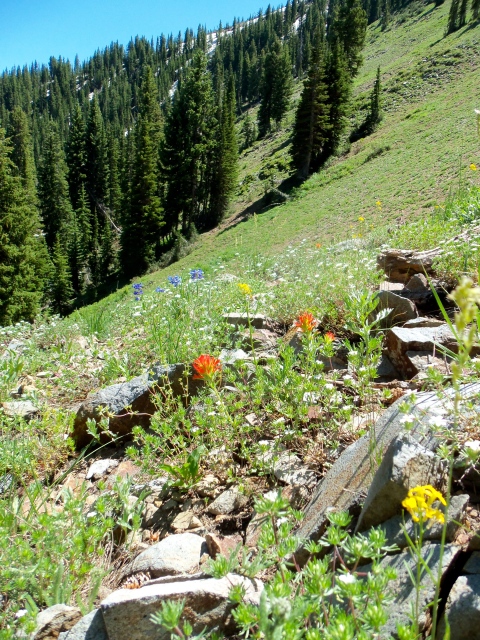 I watched John swim. His dip in the water was very brief- the chill forced him out as soon as he got in. (See the shock on his face?)

I remember hoping that some time on the rocks in the sunshine would heat me up enough to want to get in and cool off. But as the minutes ticked by, my determination faded. I was ready to head home, inwardly disappointed that I had chickened out of a mountain lake swim. Then John tapped in to my stubborn side by saying something like, “I knew you wouldn’t go in.”

Oh, really?  I stood up, dropped my towel, and dove.

And it was as frigid as I remembered.

Of course, this was John’s plan with his statement. He knows me so well. Momentarily rejuvenated after our steep hike by the chill of Bloods Lake, we hiked up the small rise back to the truck. There’s nothing like that content satisfaction that comes with getting the heart rate up and being in the mountains. We were rewarded with another rainbow on our way out. 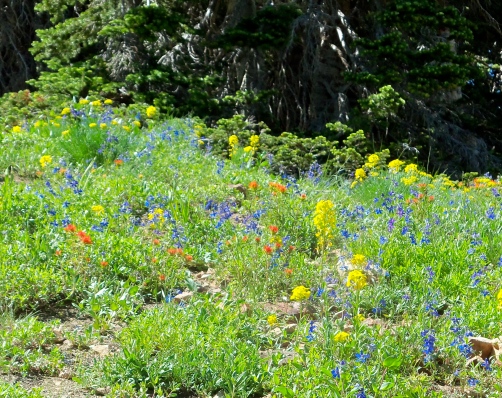 Keep an eye out for more posts in the new One Year Ago category!